?
A statistically-based calculation predicting how many points each team will score
MICH Score OSU
N/A

Evidently, a narrow win over an unranked team drops you a spot in the Associated Press Top 25 poll; #10 Ohio State learned that the hard way this week after barely slipping by the Maryland Terrapins 52-51 last Saturday.

Michigan, on the other hand, is a different story. They’ve been burning teams left, right and center heading into this must-win. One of the best rivalries in sports kicks off at 12 PM ET on Saturday, November 24th.

Since their opening weekend loss to #3 Notre Dame, Michigan has been one of the best in the country. With that said, outside of their opener, they’ve only faced two ranked teams this season in #19 Northwestern and #14 Penn State.

Michigan has been winning, but their offense certainly has not been the story. In all of college football, they currently have the 23rd-best ground attack, the 24th-highest scoring offense, 87th-best aerial assault.

If there was ever a time for the Michigan offense to have a chance against Ohio State, this is it https://t.co/TibTFH7CUw pic.twitter.com/2cimZobWxL

Those aren’t staggering numbers to say the least. Thankfully, their defense has carried the load since their opening week loss. That same D will be on high alert against the high-powered Buckeyes offense this weekend.

Urban Meyer enters this game anxiously awaiting a follow-up To Be Announced bowl game and a long offseason where he can hopefully avoid the press. The year began with allegations and a suspension for the long-time bench boss. Then, following his return to the sidelines, the Purdue Boilermakers effectively put to bed any championship hopes they might’ve had with a 49-20 win in Week 9.

All hope is not lost though, a win this weekend along with a Georgia, Oklahoma, Washington State, UCF and LSU loss may still give them a chance. Hey, anything can happen! 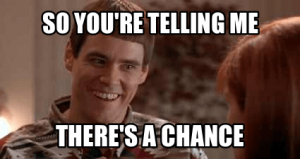 For the Buckeyes to pull it off, they’ll need to somehow break through the impenetrable Michigan D. Ohio State is just 1-4 ATS against winning teams, so it will be easier said than done. While we’re rattling off spread stats, Michigan is one of the best out there as well at 4-0 ATS against winning-record schools.

These two have met 114 times with Michigan leading the all-time series 58-49-6. Michigan has lost the rivalry matchup the last six years straight, though, and have also now dropped 13 of their last 14 matchups.

Last season, Ohio State rallied to beat the Wolverines 31-20 to keep their 2017 playoff hopes alive, while destroying the hopes and dreams of Jim Harbaugh at the Big House in Ann Arbor. Needless to say, the Dockers will be looking for some revenge this time around.

Records Against the Spread
MICH
OSU