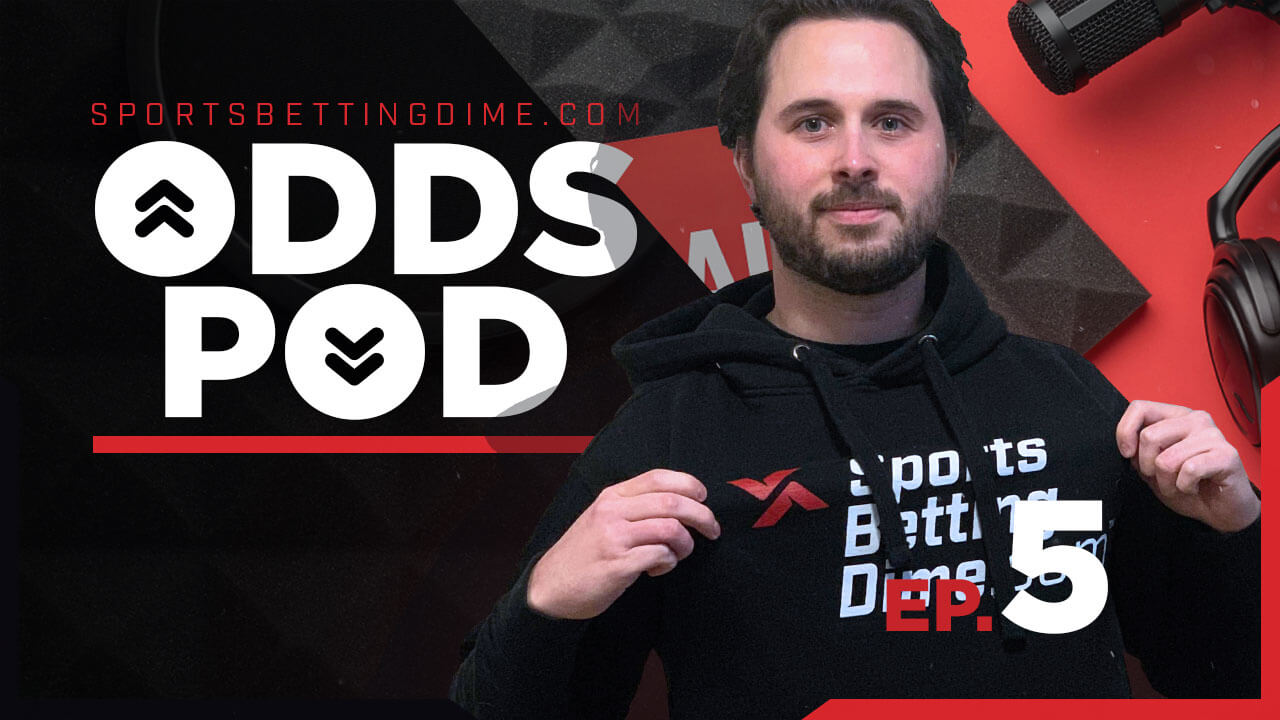 Frank Michael Smith and SportsBettingDime.com’s Editor-in-Chief Matt McEwan recap the Divisional Round of the 2021 NFL playoffs, breakdown the odds and offer their picks for the AFC and NFC Championship games, and then analyze the exact Super Bowl outcome prop available at sportsbooks.

To lead off, Matt gives Frank a couple minutes to gloat about his 4-0 week from the Divisional Round. Frank won all his bets against the spread – Green Bay -7, Buffalo -2, Cleveland +10, and Tampa Bay +3 – last weekend and took a quick minute to reminisce about the thrill.

Frank did, however, miss on his overtime bet, after finding a bad line being offered that he tried to expose.

While Matt went 3-1 last weekend, he discusses how he middled the Browns vs Chiefs game on Sunday when the spread started dropping ahead of kickoff. Matt had already locked in Browns +10, but added in a same-game, six-point teaser with Kansas City -2 and under 63 when he noticed the spread drop to Chiefs -8.

When the two get into NFL Conference Championship weekend, they find a lot of similarities in their picks. Based off of general rule of homefield advantage being worth 2.5-3 points, Frank points out that there’s no way Green Bay is only a half-point / full-point better than Tampa Bay, which is what the Green Bay -3.5 line suggests.

Matt agrees and discloses that he wasn’t overly impressed with Tampa Bay’s performance last week against the Saints. He felt the outcome was more of a result of Drew Brees giving the game away versus Tom Brady and the Bucs taking it from them.

Both Frank and Matt are taking Green Bay -3.5 and like the under (51) in the NFC Championship.

They are also both on the same side in the AFC Championship. Matt highlights the head-scratching opening line that we saw in this game, which was Kansas City -1 with a 50.5 total. He details that the books must have just wanted to open a line on the game, but had no idea whether Patrick Mahomes would be available and tried to split it down the middle.

If Mahomes plays, there’s no way sportsbooks see Buffalo as the better team, which is what a KC -1 line would suggest, as homefield is worth 2.5-3 points. If Mahomes does not play, there’s no way a Chad Henne-led Chiefs team is favored over the Bills.

Even at the current line of KC -3, which could still be found at 2.5 at the time of recording, both hosts are still on the Chiefs, while Matt is also taking the over (53.5).

Finally, the two breakdown the exact Super Bowl outcome prop available at sportsbooks. Frank sees value in “Green Bay over Buffalo” at +550 odds. Matt puts on his sharp cap and showcases a better way to bet this prop. He uses Frank’s pick to tell him to do it the long way, parlaying the Packers and Bills on the moneyline this weekend, then rolling over his winnings to a moneyline bet on the Packers in the Super Bowl. The payout is better doing it Matt’s way.

Listen to Episode 5 above to hear the full conversation, including the public betting trends and some team trends the two bring to the table to support their picks.