The Most Niche Sports You Can Bet On 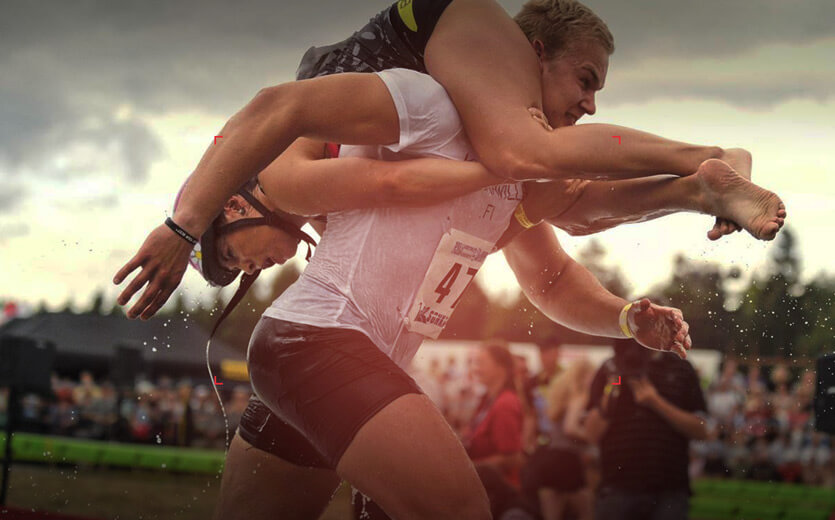 Football and basketball may be the most popular sports for American bettors, but they can get a little dull for the dedicated sports bettor. What are your other options? If you’re looking for a new sport to sink your betting teeth into, we’re bringing you a list of the best untapped niche sporting markets.

Read on to learn which sports offer you the edge against the sportsbook (and major potential to win big bucks)!

Why Bet on Niche Sports?

Oddsmakers may be good at what they do, but they can’t be an expert in every single sport. Use this to your advantage! The more obscure the sport, the better your chance of knowing more than the sportsbooks.

These companies naturally focus on mainstream sports, as that’s where the majority of the betting action is from casual and professional bettors. By becoming an expert in less popular sports, bettors can stay one step ahead of the sportsbooks.

For traditional sports fans, it may still seem a little off-the-wall to bet on people sitting in front of a TV screen playing computer games. Named ‘the new college football’, eSports is experiencing a meteoric rise in popularity and shows no signs of stopping.

The 2018 estimated market value is a cool $906 million and the global gambling revenue is in the region of $6.7 billion.

Online sportsbooks have started to offer odds on eSports events and tournaments just as they would for the Super Bowl or March Madness. You can make bets on a tournament winner or whoever racks up 10 kills first (in games like Call of Duty).

Some of the biggest eSports tournaments are League of Legends World Championships, (also known as The Worlds), The International: Dota2 Championships, and the Call of Duty World League Championship.

If you consider yourself as a bit of an adrenaline junkie, betting on motorsports will surely satisfy! This is one of the fastest growing spectator sports in the country, with estimated annual attendance exceeding 15 million people at each motorsport event in the United States.

Take your pick from the big three: Formula One, NASCAR, or MotoGP. Each one has multiple tournaments with plenty of exciting betting opportunities.

Formula One races are evaluated using a points system to determine the champion driver and even ranks the team, like Ferrari or McLaren.

NASCAR has three main racing series to bet on: Sprint Cup Series, Nationwide Series, and Camping World Truck Series. With over 1,500 races throughout the year, there are plenty of betting opportunities.

You might not think of boxing as a niche market when there’s so much hype around high profile matches. However, there are so many more options than the heavy hitters on pay-per-view.

In addition to betting on match results, you can also bet on which round you think the match will end, the total number of rounds, plus the option to back grouped rounds (eg. a win between round one and round five).

Boxing options offer bettors a lot of flexibility, which can work out in your favor.

The Ultimate Fighting Championship has shot up in popularity ratings with some high-profile matches and women’s UFC. In gambling terms, however, it’s still considered a niche sport.

Once deemed ‘human cockfighting’, boxing has come a long way. Its legitimization offers more, less-barbaric rules which make it acceptable in the mainstream world of sports and sports betting.

However, oddsmakers haven’t quite caught up with the popularity of UFC yet, and are relatively new to handicapping the sport. This means you can find some great odds that give you the edge.

This sport offers many more ways to win or lose than, boxing (for example). Wager on different scenarios, such as a technical knockout or a submission. You can also bet on how those scenarios come about, from a rear-naked choke or joint-lock.

It might not have the same gravitas as football, but with its often rough play and fast-paced action on ice, ice hockey has a fierce fanbase. The sport has been called ‘the fastest game on earth’ with pucks flying through the air at speeds over 100mph.

You can bet on a number of leagues, but the most popular are the World Championships, the American Hockey League (AHL), and the National Hockey League (NHL). Even university teams provide some great betting action.

You can bet on the outright winner of a tournament, match result, goals over/under, exact scores, and sport-specific wagers such as the puck line, which is similar to traditional spread betting.

By concentrating on more obscure sports that the industry oddsmakers don’t have time for, you can bag yourself some excellent value odds. Don’t be afraid to bet on sports that don’t have a massive following or place wagers against the public. Go your own way and bet smart!