Whether you want to tail or fade the public, knowing the public betting trends – bet percentages and money percentages – is vital to making intelligent sports wagers. This is the place you’ll find these trends each week for the 2021 NFL season. We will also be tracking how the public’s picks do all season. 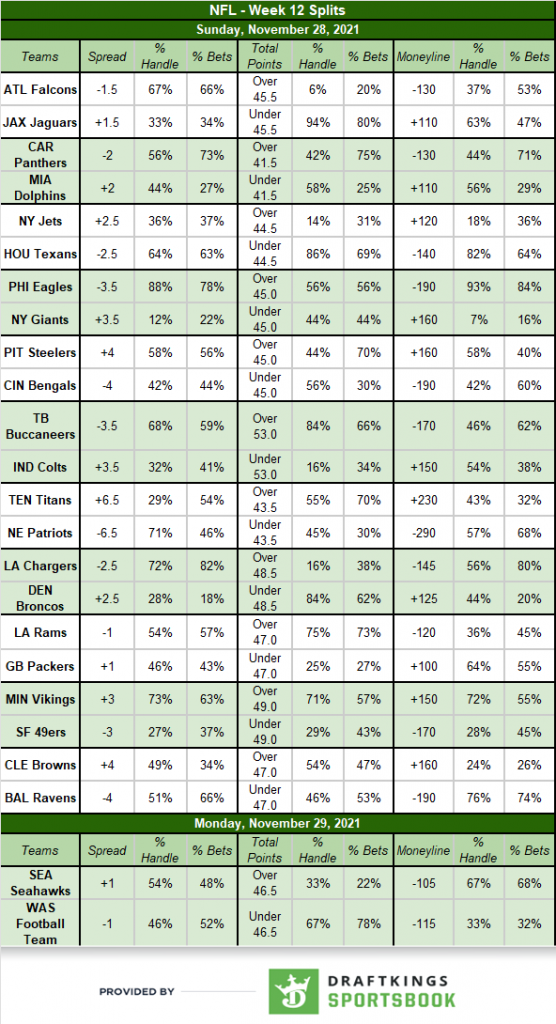 All trends as of Friday, November 26

Here’s what we’re seeing with the early money in Week 12:

The public got off to a rough start this season, going 5-11 against the spread in Week 1. They still put forth a losing record in Week 2, but it was a little better than the previous week. They went .500 in Week 3, which unfortunately still results in a losing margin thanks to the vig.

The public came out on top in Week 4, profiting from their ATS picks for the first time this season with a 10-6 record. They matched that record in Week 5, which also puts them above 50% on the season. They’re still slightly in the red for the season, though, thanks again to the vig.

The public posted a third straight winning week in Week 6, drawing them closer to breaking even for the season. They still remain a touch in the red, though. After yet another solid betting performance in Week 7, the public is now in the green for the first time this season.

In Week 2, the public was split 50-50 on the Bengals vs Bears game, which is why you’re only seeing a record for 15 games that week. The same happened for two different games in Week 8.

Week 9 was a tough one for the public but a good one for the books. The public suffered their first losing week since Week 2, going 6-8 ATS. The public has continued that losing streak through Week 11, getting roughed up for a 16-27 record over that three-week span.

You can see which teams they were backing below.

All trends as of Friday, November 19.

Here’s what we’re seeing for Week 11: 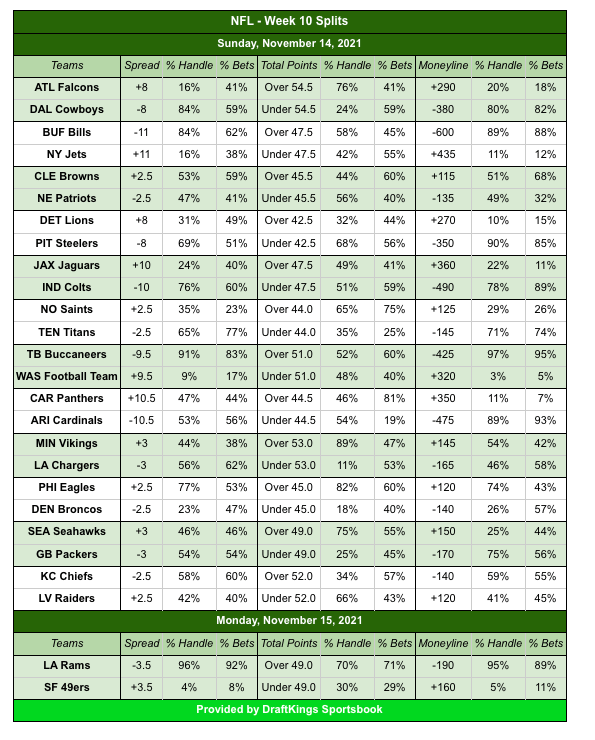 All trends as of Sunday, November 14 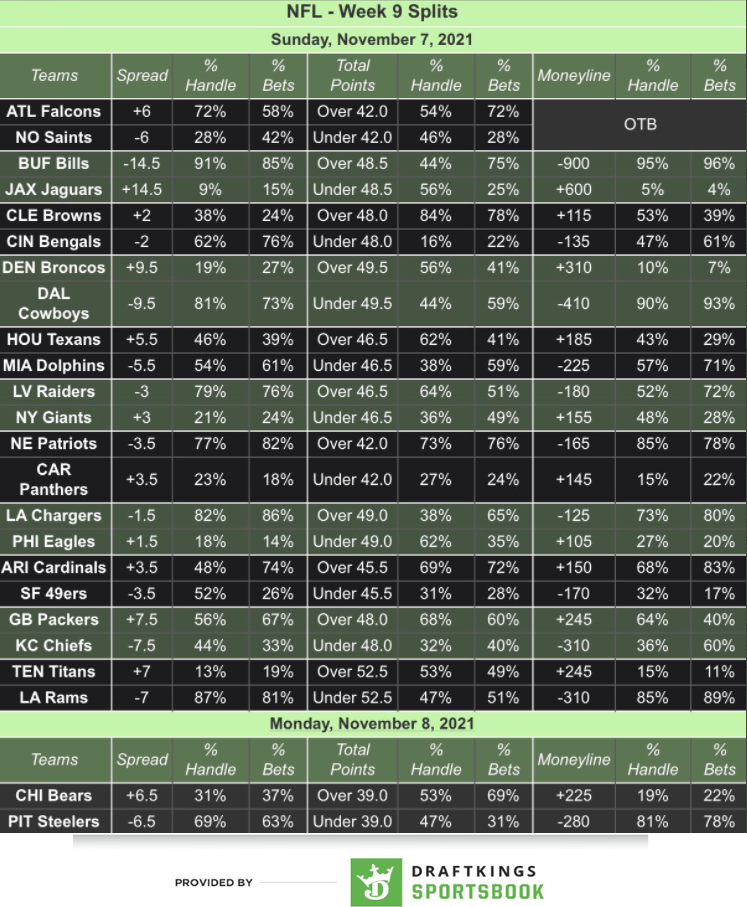 All trends as of Sunday, November 7

All betting splits as of Thursday, October 28

Here are some notes on what we’re seeing from the early money coming in on Week 8: 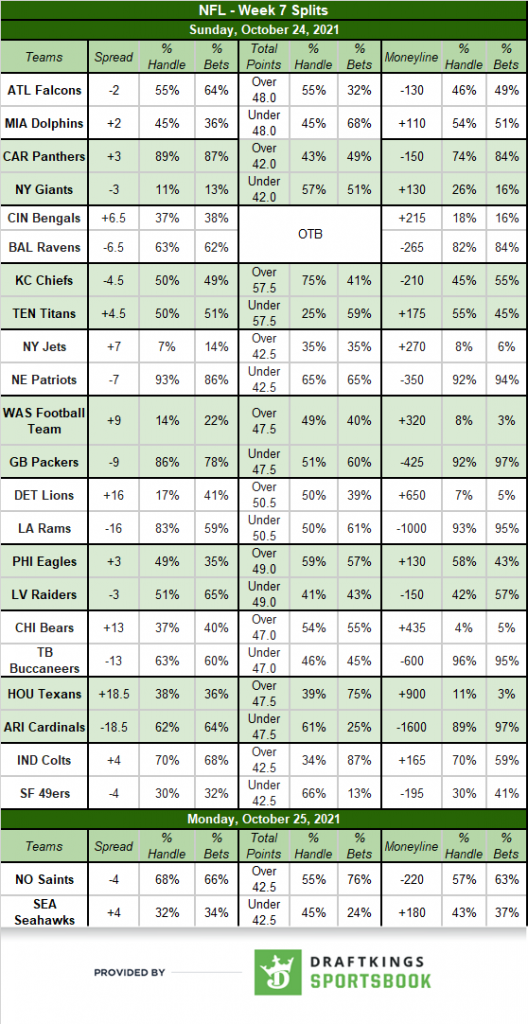 All betting trends as of Saturday, October 23.

Here are some of the high-level notes for Week 7 betting trends:

Betting trends as of Thursday at DraftKings.

Here are some notes on what we’re seeing so far for Week 6 of the 2021 NFL season:

Betting trends as of Friday at DraftKings

Here are some notes on what we’re seeing from the public in Week 5:

Here are some notes on what we’re seeing in Week 4:

Bet and money percentages as of Friday.

Here are some notes on what we’re seeing for Week 3: