Sports betting has arrived in the Great White North, and it’s time for Canadian bettors to start wagering on their favorite sporting events.

Whether you’re in British Columbia, Alberta, Manitoba, Ontario, Quebec, or any other province for that matter, single-game sports betting in Canada is now available across the country. Bet on your favorite Canadian sports teams and other sports in North America to land your first big payout.

Now that you’re ready to place some bets, we’ve got all the information you need to make your Canadian sports betting experience memorable.

What You Need to Know About Canada Sports Betting

Sports betting in Canada is here to stay and we’ve put together all the information you need to know to wager on your favorite teams and events.

Single-game betting is now legal in Canada! Each province will dictate how to regulate sports betting within their own provincial guidelines.

Betting on major single-event sports like the Super Bowl or Stanley Cup Final was not possible prior due to the parlay betting rule across several provinces. Bettors had to make a sports bet on at least three different events and predict each event correctly for the bet to pay dividends.

With that rule no longer in place, sports bettors in Canada are free to bet on their favorite sporting events one at a time. Go ahead and put some money on that Toronto Raptors game against the Miami Heat you’re thrilled to see when Kyle Lowry returns.

Sports Betting in Canada by Province

We see you Vancouver Canucks fans! BC was eager to get on the single-game sports betting train when it was legalized late in summer 2021. The province’s PlayNow Sportsbook is currently the only legal sportsbook within BC, but don’t be surprised to see more sportsbooks join the fray in the near future. 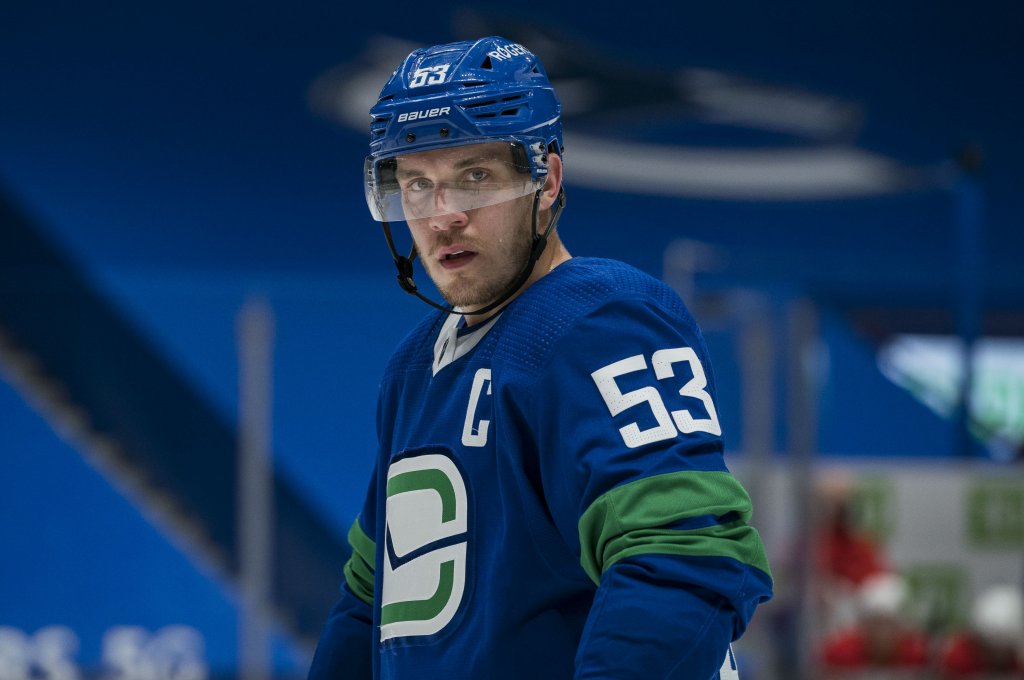 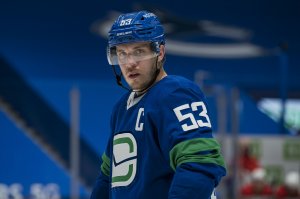 Canada’s biggest and most populous province is home to Drake and Justin Bieber, but Ontario is also the province with the most professional sports teams with the Toronto Maple Leafs, Ottawa Senators, Toronto Raptors, Toronto Blue Jays—just to name a few. 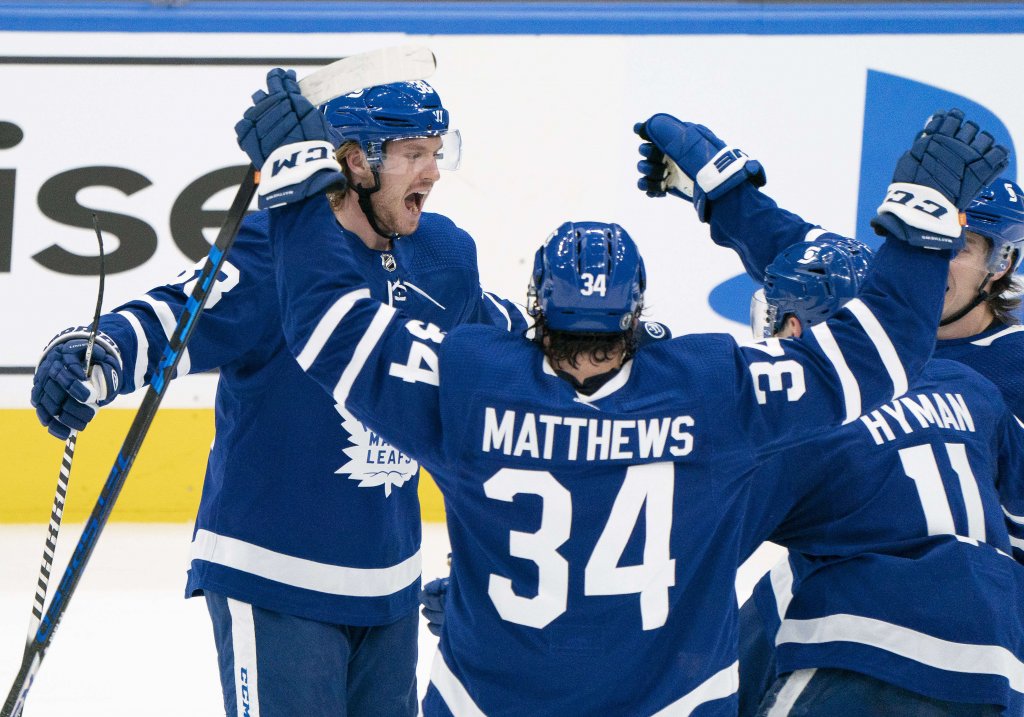 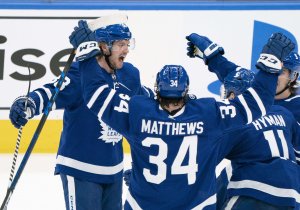 The Ontario Lottery and Gaming Corporation (OLG) operates the only legal sportsbook in the province: PROLINE+. They already accepted parlay sports wagering prior to the passing of Bill C-218 and they’ll be a in good spot to support single-game betting as it grows. 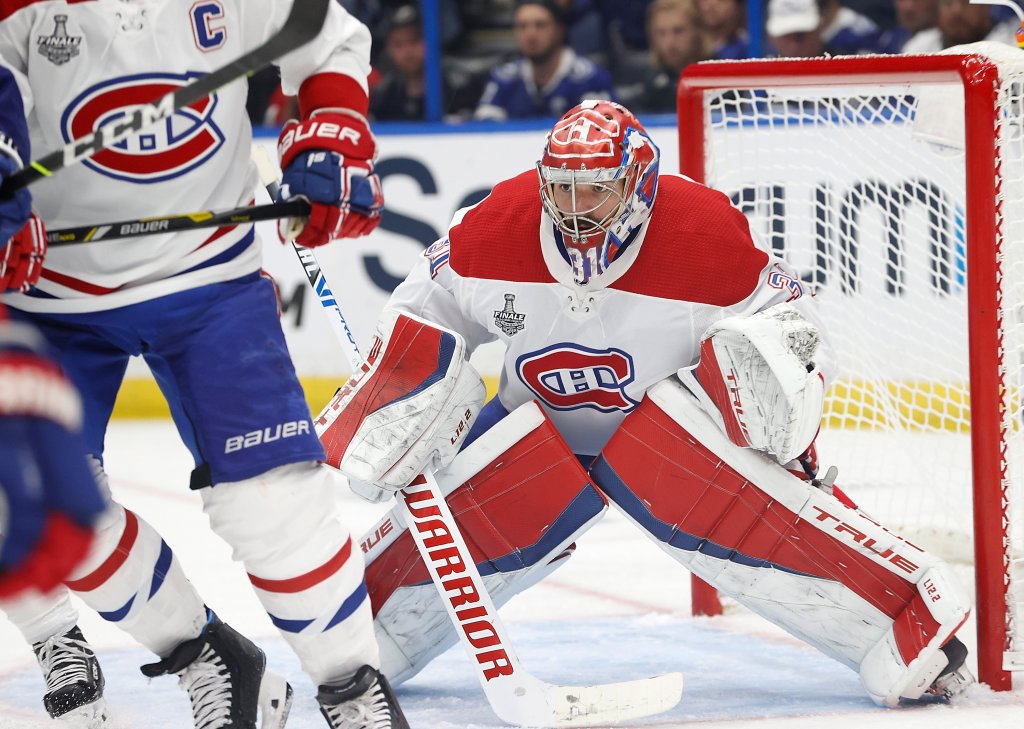 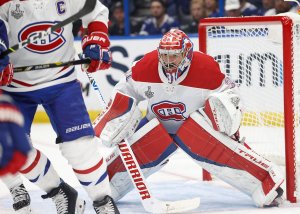 Additionally, the Kahnawake Gaming Commission is regulatory body that operates online casinos and online sportsbooks within the province. They operate within the Mohawk Territory of Kahnawake, which is located in Quebec.

Alberta appears to be leading the prairie charge for single-game sports betting. With Play Alberta setting plans in motion to open an online sportsbook by the end of 2021, check back in with us to get the latest updates.

It’s an exciting time for online sports betting in Canada! Many of North America’s biggest sportsbooks have plans to enter the Great White North in the very near future. Here are some of the major sportsbooks we expect to launch in Canada soon.

FanDuel is one of the biggest online sportsbooks in the US, and they already have a Canadian presence with daily fantasy sports. With awesome welcome bonuses and risk-free bet promos, FanDuel will be a welcomed addition to the Canadian sports betting scene.

Another one of the top dogs when it comes to US sportsbooks, DraftKings also operates daily fantasy sports in the country and they’re a member of the Canadian Gaming Association. Look for DraftKings to be an early addition to Canada’s sports betting scene.

Caesars already has a physical presence in Canada with the Caesars Windsor Hotel & Casino, and they’re a member of the Canadian Gaming Association as well. Caesars Sportsbook will be one to watch as single-game sports betting continues to bloom across the nation.

Another member of the Canadian Gaming Association, PointsBet Canada announced Scott Vanderwel as its Chief Executive Officer in July 2021. Vanderwel’s hiring sets the stage for PointsBet to make a stronger push into the Canadian sports betting scene, and they’ll certainly be looking to become significant players in the market.

With a physical location in Vancouver and another planned for Ottawa, Hard Rock belongs to the Canadian Gaming Association and is likely to offer an online gambling site for sports at some point in the future.

A Canadian sports media giant with a large presence in eSports as well, theScore already boasts a beautiful app you can access from your mobile device. With a growing presence in the US, look for theScore Bet to be active in the Canadian sports betting market sooner than later.

Sports You Can Bet On

With single-game sports betting now legal, Canada has plenty of options for bettors to wager on within its borders and outside of it.

We all know hockey is Canada’s favorite national pastime, and the number of NHL teams in the country reflects that with seven of them spread across the Great White North:

The Leafs and Habs are part of the Original Six NHL teams and their rabid fanbases are sure be to sports betting hotspots. But don’t sleep on Western Canada with the Canucks, Flames, Oilers, and Jets all home to massive fanbases as well—especially as the only big four major league sports teams in their respective cities.

With a fanbase spanning the whole country (especially since the Vancouver Grizzlies departed for Memphis in 2001), the Raptors won their first NBA championship in 2019 with Kawhi Leonard, Kyle Lowry, and Pascal Siakam at the helm. 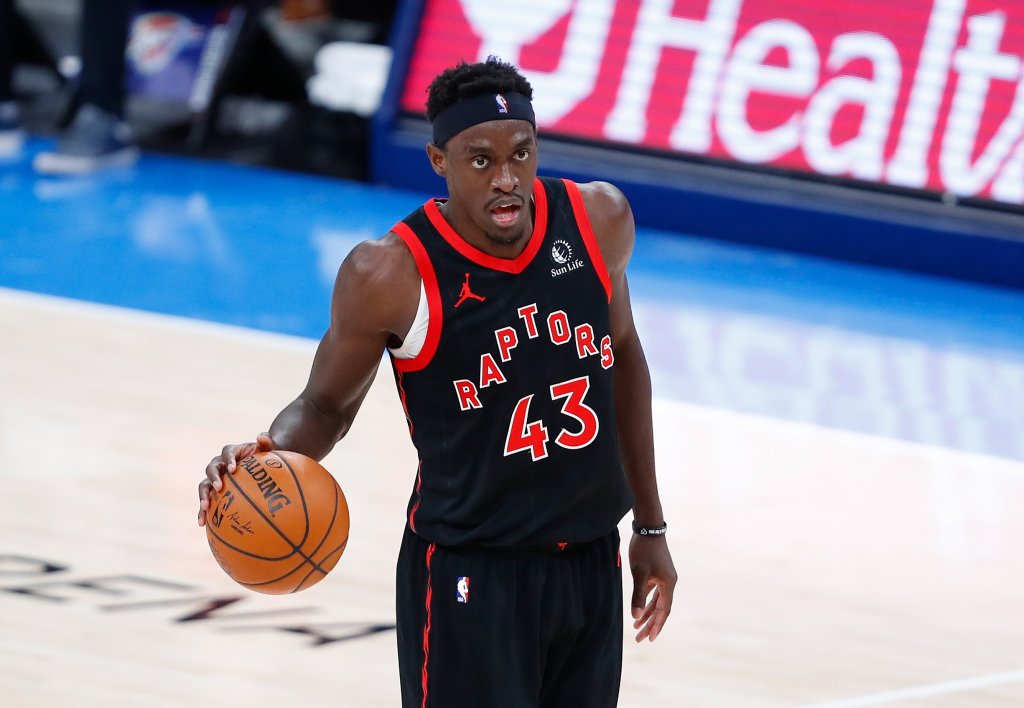 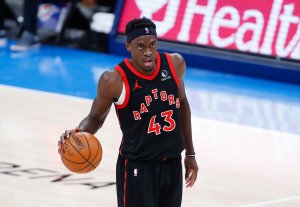 The Raptors’ “We the North” campaign have made them Canada’s NBA team as opposed to just Toronto’s. Raptors fans are spread out across the country as they continue to hunt for a second NBA title.

With the Montreal Expos no longer in operation, the Toronto Blue Jays are also Canada’s only active MLB team.

But what a team it has been. The Blue Jays won back-to-back World Series titles in 1992 and 1993 and have shown time and again that Toronto is a great home for professional baseball. In 2015, they even captured an East Division title for the first time since their back-to-back titles.

If you’re in or near Vancouver, however, you might also be a Seattle Mariners fan with a strong following the Pacific Northwest. The Mariners might not be a Canadian MLB team, but the BC faithful treat it like their own.

Unfortunately, there are no active NFL teams in Canada right now. That said, the Buffalo Bills have a strong following in Ontario because of their proximity and there are several other NFL teams that Canadians follow nearby.

One of those is the Seattle Seahawks, who share the Washington state border with BC. When the Seahawks won their first Super Bowl in 2013, legions of British Columbians celebrated the victory like the team was their own. You can also catch plenty of British Columbians at Lumen Field whenever live games are at full capacity.

Mixed martial arts (MMA) has a rich history in Canada with some of the best fighters to ever do it from the Great White North. 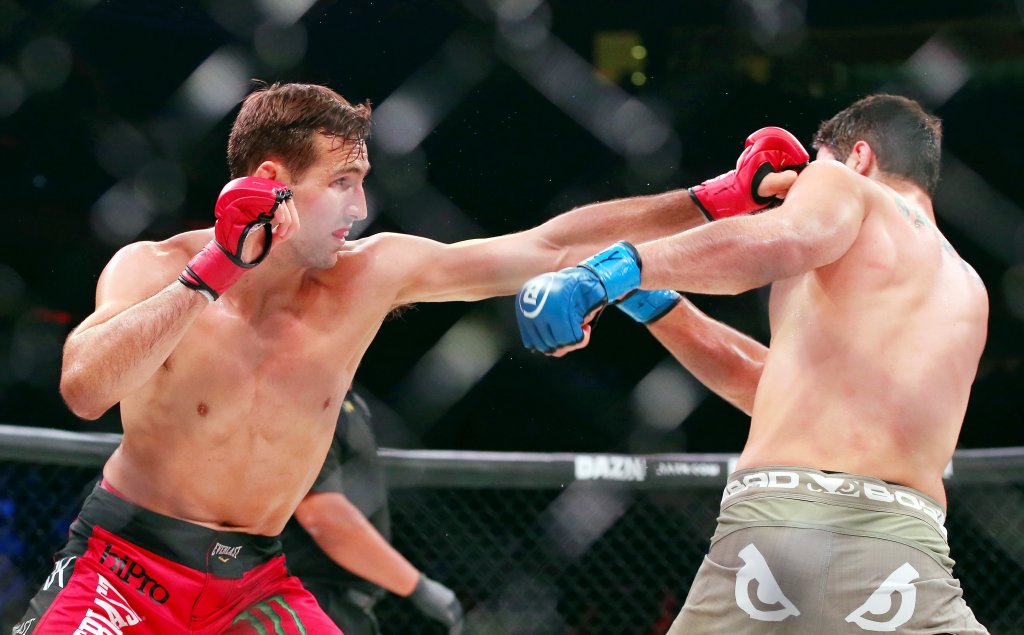 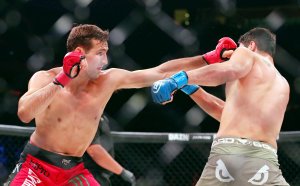 That list includes none other than French-Canadian MMA icon Georges St-Pierre who retired from the UFC in 2019 with a 26-2 record. GSP is widely regarded as the best welterweight in MMA history and he’s headlined plenty of massive UFC cards in Montreal and Toronto.

The UFC itself has a very strong presence in Canada and regularly puts fight cards on for fans all over the country. This has translated into a loyal fanbase in the country that regularly tunes in for major pay-per-view events.

Just because Canada doesn’t have an NFL team doesn’t mean there’s no professional football around. The CFL has been in operation since 1958 and the league has eight teams across the country:

Though they cancelled their 2020 season because of COVID-19, the CFL returned in 2021 and the league offers plenty of great action for Canadian bettors to wager on.

Here’s a fun fact: did you know that lacrosse is Canada’s real national sport? No, it’s technically not hockey. That probably explains why there’s five National Lacrosse League (NLL) teams based in Canada:

With a loyal following in Canada, lacrosse is watched closely by fans and the sport offers a great opportunity for sports bettors in the country.

With a gold medal victory at the 2020 Summer Olympics in Tokyo, the Canada women’s national soccer team is a dominant force in the popular sport worldwide.

While the men’s team still has some catching up to do, Major League Soccer (MLS) has three Canadian teams:

Toronto FC has enjoyed the most success as an MLS club winning the domestic treble in 2017 with the MLS Cup, Supporters’ Shield, and Canadian Championship. Montreal and Vancouver, however, have each maintained strong and competitive clubs in the MLS.

We typically like to focus on a few key features when we’re evaluating sportsbooks:

You should feel confident placing a bet with any legal sports betting operator, but your experience in each of these four categories will differ depending on which betting site you’re using.

For example, Bet365 is currently offering a bonus of up to $200 in bet credits for new users.

You’ll also be able to find plenty more promos once sports betting sites like DraftKings, FanDuel, and BetMGM enter the sports betting market in Canada, so make sure you stay tuned to this page for more updates!

As legal sports betting sweeps across the United States, Canada can look to their neighbors across the border for an idea of what regulated single-event wagering will look like.

Sportsbooks operating in America accept most major banking options for making deposits. Other markets, like the UK for example, have more limitations on your deposit options.

Hopefully Canada follows the example set by the US, allowing fans to fund their sportsbook accounts through popular methods like debit, credit, or PayPal.

These are some of the deposit and withdrawal methods we expect to see when legal sports betting goes live in Canada:

Withdrawal methods in the US typically have more restrictions than depositing options. The UK seems to have more flexibility with their withdrawals, and it would be great if Canadians could withdraw their winnings to their debit or credit cards.

Rules and regulations for withdrawing your funds from Canadian betting sites will become clear as legalization approaches. Make sure you visit this page frequently for all the latest updates.

Banking options play a big part in deciding your sportsbook of choice. The more flexibility you have, the better, but always watch out for hidden transaction fees.

New wagering types will give Canadians a lot more sports betting options, and at the same time reduce the overall risk factor. Parlays are notorious for being risky, as just one wrong leg in your bet slip ruins the whole thing.

We hope to see these main wagering types offered if and when single-game sports betting becomes available in Canada:

Prep for Success with Betting Odds and More

Now that single-game sports betting in Canada is here, there’s no reason not to start preparing.

Researching your favorite sports and teams is the best way to get an inside advantage over bookmakers and major sportsbooks. Sports Betting Dime has everything you need to get started, from latest news articles and betting odds to informative betting guides and sportsbook reviews that can teach you the fundamentals of sports betting.

Making a responsible bet is the best way to get closer to the action, and we really hope Canadians get to experience the joys of legalized single-game sports betting now that it’s here!