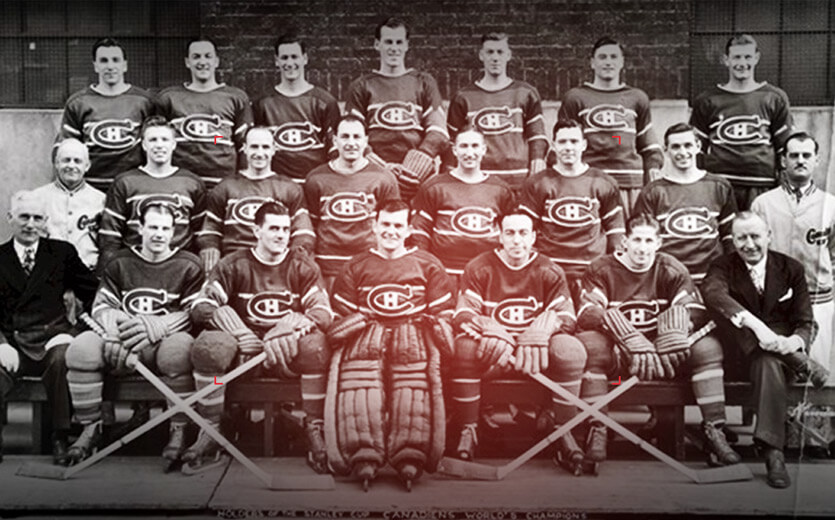 What makes for a great sports dynasty?

No doubt, success is defined by winning championships. Having great players helps, and winning a lot of games is nice – but in the end, either you wear the championship ring or someone else does.

Apologies go out to one-time record setters, however impressive. All we care about in terms of finding the top dynasties in sports is frequent ticker tape parades.

In this guide you’ll learn about:

There are different ways to define a dynasty.

We could simply look at sustained success, identifying franchises with consistently strong records that have won a title or two. But much like the Hall of Fame is not the Hall of Very Good, the best of the best must consistently win championships.

With all due respect to spectacular individuals like Jack Nicklaus, Tiger Woods, and Roger Federer, this shootout focuses  only on team sports with a large public following.

A franchise has won at least four straight titles in every major sport besides football.

Our list of dynasties includes the best of the best in pro basketball, football, hockey, baseball, and the top college sports dynasty. For all sports, save football, the top dynasty is a franchise that has won at least four straight titles

Pro football is the hardest sport for which to select a single top dynasty. Aside from the recent Patriots teams, the Packers, Raiders, Redskins, Cowboys, Steelers, and 49ers have all had tremendous runs.

San Francisco was five for five in Super Bowl appearances with Joe Montana and Steve Young. The first title was in 1982 and the last was in 1995. The Niners also won at least 10 games in 16 straight seasons, but there were far more campaigns that ended poorly than well.

If you were born in 1974 and remember the first title in 1982, you were out of the house and working by the time the Niners won the fifth. An amazing run, a dynasty, but not enough consistency to earn the top honors.

The runners up in this category are the Pittsburgh teams of Chuck Noll in the 70s. The Steelers won four Super Bowls in as many appearances over a six year span. Noll’s first draft pick was Joe Greene, and a year later he selected Terry Bradshaw and Mel Blount. The 1974 draft featured four Hall of Famers: Lynn Swann, John Stallworth, Jack Lambert, and Mike Webster. The Steel Curtain was truly great, but one title shy of the greatest football dynasty.

Vince Lombardi is widely regarded as the greatest football coach of all time. The fact he was ahead of his time in outwardly supporting minorities and gay players is remarkable for the era, and his team’s on-field performances were nothing short of astounding. Green Bay won five titles in seven years under Lombardi, including the first two Super Bowls.

Behind a core that included Paul Hornung, Jim Taylor, Jerry Kramer, and Fuzzy Thurston, the Packers won NFL Championships in 1961, 1962, and 1965 before taking the first two Super Bowls in 1966 and 1967. No other team in pro football history has had a seven year run like that.

The lack of a single, determinate national title prior to the introduction of the College Football Playoff will surely invite debate over the top college football dynasty.

But there’s no denying that Nick Saban’s Crimson Tide have dominated the sport’s most competitive era. Alabama won five national titles from 2009 – 2018.

In addition to the five victories, the Crimson Tide had two additional appearances in the national title game. They lost to Clemson in both 2017 and 2019, but remain the bigger dynasty in terms of consistent success on the biggest playing field.

Incredibly, UCLA isn’t even the top basketball team on our list. Ten titles in 12 years is amazing, but 11 titles in 13 years is even more impressive.

That’s exactly what the Celtics did between the ’56-’57 and ’68-’69 NBA seasons. Included in this record-setting run is a stretch of eight consecutive titles. That is as good as it gets.

Bill Russell was the key to the entire operation. After winning back-to-back NCAA Titles at San Francisco, he was drafted with the number two pick in 1956 and spent 13 years in the league. Russell was voted NBA MVP five times in addition to the 11 titles he earned with Boston. Coach Red Auerbach surrounded Russell with Tommy Heinsohn and his USF teammate K.C. Jones as they beat the Lakers and Wilt Chamberlain to cut down the nets in seven of the championship match ups.

As with hockey’s top honor, only one baseball team has put together five consecutive World Series championships. In fact, there have only been four MLB teams to win three straight. The A’s won three in a row from 1972 – 1974 and the Yankees took home three consecutive titles between 1998-2000.

The Bronx Bombers won four straight in the 30s, and the ’49-’53 Yanks won a record five straight.

That’s an awful lot of impressive runs for one team.

The dynasty between 1949 and 1953 included the end of the Joe Dimaggio era and the start of Mickey Mantle’s dominance . Yogi Berra and Phil Rizzuto were on all five squads.

While the Canadiens have not won a title since 1993, no hockey franchise holds a candle to the historic dominance of Montreal. When considering the best hockey dynasties, it’s almost as if the team is in competition with itself.

The Habs won four straight titles in the 1970s, which interestingly was followed by the Islanders also sweeping four straight championships.

The Canadiens putting together 10 titles in a 15 year span between 1965 and 1979 is more than impressive. But how many of the players on the ’65 team also were still playing on the ’79 squad?

The best Montreal dynasty won a perfect five titles in five years from 1956-1960. The squad went 20-5 in the Stanley Cup Finals, and led the league in points in four of those five years under coach Toe Blake.

10 NCAA Titles in 12 years is quite the statement. At first glance, you’d be wise to assume it was the greatest sports dynasty of all time.

That’s what John Wooden accomplished with UCLA’s basketball program as he led the Bruins to seven straight championships between 1967 and 1973. They also won the title in 1964, 1965, and 1975.

Having two of the greatest big men in hoops history, Kareem Abdul-Jabbar, then known as Lew Alcindor, and Bill Walton didn’t hurt. Towards the end of the stretch between ’64-’75 the Bruins won 88 straight games, another NCAA record.

Build Your Own Sports Betting Dynasty

Whether you are just debating with friends or handicapping a game, it pays to have more sports knowledge than the next guy.

Sports Betting Dime’s articles of interest section is packed full of historic accomplishments and shocking sports stories from over the years.