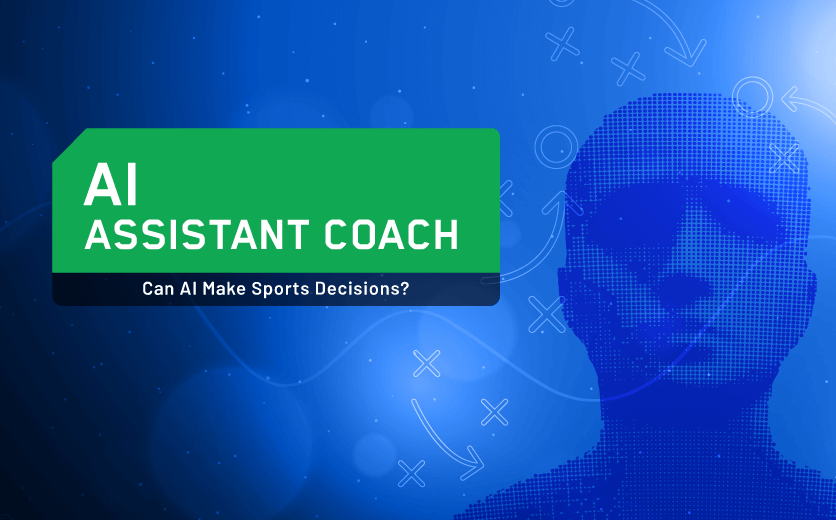 Major sports leagues, like the NFL and NBA, have seen constant innovations in play styles over the last decade. In the NFL, we have seen a drastic decrease in punting, leaving the offense out on the field to run a play on 4th down. In the NBA, teams are shooting more three-pointers than ever before, and there’s little to no sign of these trends slowing down anytime soon. Why have teams and coaches made this transition? The answer: advanced analytics.

What are advanced analytics in the context of sports? Box score statistics and player performance have long been tracked, but by utilizing artificial intelligence, the value of these numbers can be maximized to handle in-game scenarios, player usage, player management, and project outcomes. To an extent, artificial intelligence can calculate and track information that humans, specifically coaches, aren’t able to measure. This begs the question: Can AI replace head coaches altogether?

Research lab OpenAI has made waves throughout Silicon Valley with their latest AI text generator, GPT-3. To further explore this innovative tech, our team of forward-thinkers made use of it to take a deeper dive into whether AI could emulate a coach by prompting it to motivate a team, handle in-game football and basketball scenarios, and promote team building in the NFL and NBA.

To weigh in on GPT-3 outputs, we asked NFL and NBA superfans about their own perspectives to make direct comparisons. Continue reading to learn more about how we used GPT-3 to generate inspirational speeches, address high leverage sports scenarios, and rank different sports positions by the value they bring to the table.

A large part of a coach’s role is to motivate and inspire their team to be ready to play on game day. To emulate what AI would say, we provided GPT-3 with prompts like the following:

“Before each game, the head coach gives a motivational and inspirational speech to its players in the locker room.”

After generating three separate AI speech snippets, we mixed in two real speeches and had NFL and NBA superfans give their unbiased opinions.

As opposed to tactics and gameplan, speeches are one of the more human responsibilities of a head coach that data can’t answer. Surprisingly, AI seemed to hold its ground in providing motivation and emotional support, according to superfans.

AI as an NFL Head Coach

How would AI handle high-leverage offense situations? How would AI defend against some of the NFL’s most versatile star QBs? Which positions would AI value the most? We presented AI with multiple NFL scenarios on the offensive, defensive, and team-building fronts. How did NFL superfans react? In a “two-minute drill”-like scenario, how did AI’s approach stack up against NFL superfans? Let’s break it down:

AI and NFL superfans disagreed on the play they would run on a 4th and 1-yard situation. On one hand, running the ball and gaining a yard seems like more of a guarantee (the average number of yards per carry in the NFL in 2020 was 4.4 yards). On the other hand, throwing the ball is more unpredictable, with more room for creativity but also more moving pieces determining the success of the play. Aside from Scenario A, AI had definitive tactics on how to approach the end-of-game scenarios, while NFL superfans were split. With regards to Scenario B, we have already seen NFL head coaches opt to go for more 2-point conversions throughout the game due to advanced analytics.

On the defensive front, we zoomed in on how AI and superfans would defend against Patrick Mahomes and Lamar Jackson, two former MVP QBs:

When ranking positional value in the NFL, AI and NFL superfans showed the most disagreement. Aside from QB and kicker (both ranked first and last, respectively), we noticed the following:

AI as an NBA Head Coach

How would AI handle “game-on-the-line” offensive possessions? How would AI defend against some of the NBA’s most skilled players? Which positions would AI value the most? This time, we presented AI with multiple NBA scenarios on the offensive, defensive, and team-building fronts and compared AI responses to how NBA superfans would respond. In a crunchtime possession, how did AI’s offensive and defensive approach stack up against NFL superfans? Let’s break it down:

AI and NBA superfans disagreed on the type of play they would run in a crunchtime offensive situation. Going for a 2-point shot could yield a higher percentage shot closer to the basket, which may explain why NBA superfans leaned toward going for the tie as opposed to shooting a 3-pointer. However, AI specifically would go for a 2-point jump shot 15 feet away from the basket. According to FiveThirtyEight’s analytics of expected points per shot, this is the least optimal shot to take.

Defensively, we saw that AI’s tactics held strong to what NBA superfans believed in Scenario B. Additionally, we explored how AI and superfans would defend against Lebron James and Stephen Curry, two former multiple-time league MVPs and champions:

When ranking positional value in the NBA, AI and NBA superfans ranked the five positions very similarly. Power forwards and small forwards were the only two positions mildly debated.

Is AI Ready to Take the Next Step?

While AI was able to generate fairly strong responses to tactical NFL and NBA scenarios, there were some caveats and resistance to having AI be solely responsible for making a team’s coaching decisions.

While AI can’t fully replace real coaches in the NFL and NBA today, there is some clear potential in AI and analytics playing a larger role in informing coaching decisions. SportsBettingDime.com gives you all the analytics you need to help you make your betting decisions. All of the numbers are at your fingertips, so you can make the right decisions for yourself. For close to a decade, SBD has connected people with first-rate online sports betting sites. Whatever tools you need to come out on top of the bet, SportsBettingDime.com is here to support you.

AI is the future, so it is only a matter of time before we see it impacting sports at a higher level. It is certainly to your advantage to further this discussion. If you find our data useful, feel free to spread the knowledge. Just make sure you do so for non-commercial use and provide a link back to our site.