What Do Sports Bettors Have to Hide? 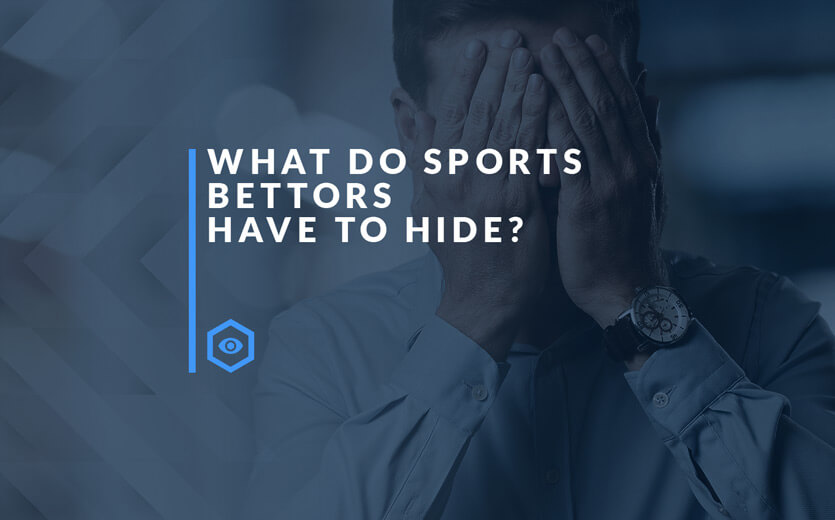 The perceived relationship between gambling and harmful behavior has been thrust to the center of public discussion in recent years. Following the Supreme Court decision that repealed the Professional and Amateur Sports Protection Act, states across the US  have been debating the merits and pitfalls of legalized sports betting.

Like most political debates, the discussion has been full of conjecture and assumptions, with each side attempting to score points as they mold the future of what is certain to become a heavily regulated multibillion-dollar industry.

Sports Betting Dime set out to find some concrete numbers that could cut through the noise. By commissioning a study of self-identified American sports bettors and their betting behavior, we discovered several fascinating insights and norms as we approach the two-year anniversary of the PASPA repeal.

So, are most American sports bettors gambling responsibly? Let’s look at the numbers.

The evidence in our study strongly suggests that the majority of those betting on sports are doing so responsibly.

Popular characterizations love to focus on the seedy underbelly of American gambling culture. Movies like Casino and The Color of Money are more than happy to capitalize off this image, but the reality is quite different.

Most people imagine Las Vegas to be a 24/7 celebration of indulgent and nihilistic tendencies, but the truth is quite the opposite. The overwhelming majority of visitors spend their time gorging themselves on junk food and sipping watered-down drinks by the pool, not channeling their inner Hunter S. Thompson by ingesting mescaline and draining their bank accounts at the roulette table.

Most Americans who bet on sports do so openly, occasionally, and within their means.

It is important to remember that the negative side of the story almost always receives undue attention in both the media and public imagination. When we look at the impact of sports betting on our society, the truth is that it’s not as scandalous as some narratives might have you believe.

Ultimately, most Americans who bet on sports do so openly, occasionally, and within their means. Two out of three have engaged in no negative betting-related behaviors whatsoever. As we move towards an era of increased regulation and accessibility to sports betting in the United States, the data suggest that there’s much to be optimistic about as the market expands and new bettors enter the fold.

Most People Bet on Sports Casually

So long as you are appropriately evaluating risk and acting strategically, there is nothing wrong with betting on sports frequently. Many a sharp has made a fortune from the sportsbooks without falling victim to compulsive gambling or the other pitfalls commonly associated with a constant desire to be in on the action. Betting on sports can function as an investment strategy for those willing to commit themselves to detailed data analysis and extremely disciplined bankroll management.

Of course, those who wager smaller amounts with less frequency are fundamentally exposing themselves to less risk and clearly demonstrating that they are in control of their betting.

Even though more than six in ten sports bettors earn more than $50,000 per year (61.3%), they aren’t blowing through all their disposable income at the sportsbook. Only 21% wager more than $500 per month, and the overwhelming majority spend less money each month betting on sports than they do on other forms of entertainment like movies and eating out.

These modest numbers aren’t surprising when you consider the frequency with which most bettors are jumping into the action.

Less than 10% of active bettors are wagering every day, with 4.1% wagering once per day and 5.1% wagering more than once per day. By contrast, nearly one in four (24.3%) place bets just once per month, while 15.8% only bet once per year.

The data also suggest that most bettors are not increasing the frequency or amount they bet on sports over time. Despite the fact that nearly three in four (73%) sports bettors feel they have improved over time, more than half (55.4%) have not increased the frequency with which they bet. In fact, one in four (24.8%) bet less frequently than they used to. The pattern also holds true for the amount bettors are willing to risk, with less than half (48.5%) suggesting the size of their average wager has increased over time.

The fact that most people maintain a consistent approach even when they see positive results is highly encouraging. While it is well-documented that big wins and gambling success are risk factors for later gambling addiction, these data suggest that most bettors simply stay the course regardless of how they feel about their record.

Most People Bet Within Their Means

There is a strong relationship between the amount of money bettors risk each month and their income.

These numbers suggest that the overwhelming majority are betting within their means. Sports betting should always be managed as either entertainment or an investment. Regardless of the end goal, setting a budget that’s within your means and sticking to it are strong indicators of responsible gambling behavior. On this mark, the American sports betting public is doing remarkably well.

Some have argued that increased opportunities for online gaming will result in more underage gamblers betting on sports. The data simply do not support this hypothesis. On the contrary, age restrictions seem to remain highly effective in the era of online sports betting.

Only 6% of respondents began gambling before the age of 18, and the majority wait until after age 25 to get in on the action. 61.9% placed their first sports bet after their 25th birthday.

Of course, those 18 and over are legal adults who should be free to make their own decisions regarding gambling. We don’t intend to suggest that those aged 18 – 25 are destined to bet irresponsibly. The bottom line is that age restrictions work, and most people betting on sports are mature adults with significant life experience under their belts.

As the data above illustrate, most sports bettors do not suffer negative social or personal outcomes. That said, a minority of active sports bettors do engage in harmful behaviors related to their gambling. Approximately 1/3 of the current bettors we surveyed had engaged in some form of dishonest or deceptive behavior.

Some sports bettors attempt to hide their gambling from family members or miss out on important commitments to keep an eye on their bets.

This dishonesty seems to be catching up with these bettors, with a similar number (31.9%) admitting that their sports betting has interfered negatively with their personal relationships.

Unsurprisingly, those risking the most money are the most likely to have lied about their behavior and faced negative consequences as a result. Almost nine in ten people consistently risking more than $5,000 per month keep their gambling a secret from their partner, and more than 80% of bettors who risk more than $5,000 per month admit that it has affected their personal relationships, versus just 10.4% of those who risk less than $50 per month.

The data also suggest that a minority of bettors engage in deviant or even criminal behavior in order to fund their gambling or repay debts accrued betting on sports.

While these numbers might be surprising, the data suggest that most bettors are engaging in these behaviors to fund new gambling pursuits rather than to pay off gambling debts.

The preference of bettors for online sportsbooks or casinos may offer some explanation for this fact. Loan sharking and unregulated sports betting are historically linked, but the casinos and online sportsbooks that bettors now prefer have largely moved away from allowing players to bet on credit.

Who Is Engaging in Deceptive Behavior?

There are a few surprises when we look at who these deviant gamblers tend to be.

As the graphic above illustrates, those most likely to exhibit dishonest and irresponsible behavior when betting on sports are highly educated, earn a high income, and consider themselves religious. No doubt, the popular image of a downtrodden, unemployed gambling addict bent on self-destruction doesn’t fit the profile of most problem sports bettors.

Of the sports bettors who have hidden their gambling habits from a partner, 64.6% self-identified as religious AND more than half of the religious respondents in a relationship or marriage overall had lied to a partner about their betting.

Of course, there is a chicken vs egg question at play here. Religious respondents may be more likely to lie about their gambling not because their sports betting is problematic per se, but because their family members or church community do not view gambling of any amount as a legitimate form of entertainment.

Our goal at Sports Betting Dime is to help bettors at all ability levels enjoy a more profitable and entertaining experience when betting on sports. Hands down, encouraging responsible gambling is the most important component of this mission.

If you or someone you know is struggling with compulsive or uncontrolled gambling, we encourage you to reach out for help. You can find appropriate resources and further information on our responsible gambling page.

How Did We Find This Data?