Six Tips To Find MMA Underdogs Worth Betting On 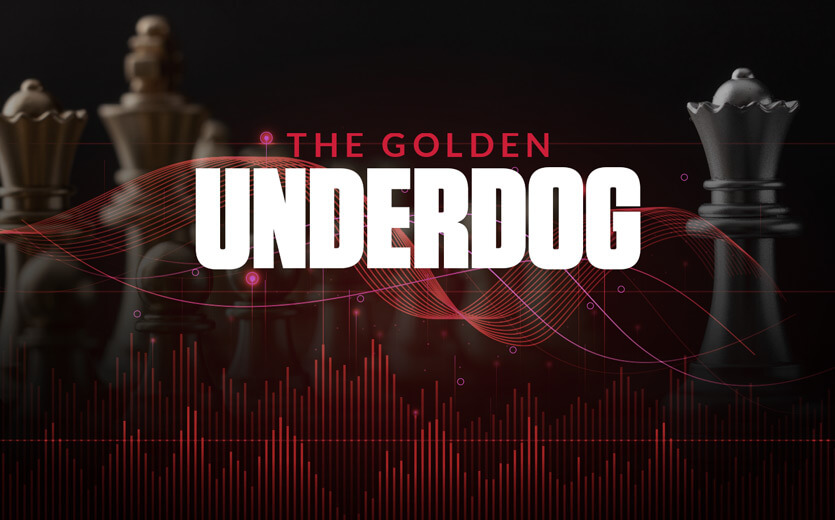 Finding value in the underdog is one of the best ways to make money betting on fights. While favorites, basically by definition, win the majority of the time, the payouts on their moneylines often overestimate their real chances to win.

Of course, we never advise betting blindly, and with a bit of research, you can separate the valuable underdog seedlings from the chaff.

So how does one find that perfect golden dog in the MMA, and is finding the golden underdog really a valuable pursuit? Read on to find out!

There Really Is Value on the Golden Underdog!

It’s estimated that MMA underdogs win about 35% of the time, and if you strictly bet on all underdogs in 2014, you’d have done better than betting on favorites exclusively.

It would be helpful if we had a copy of Grays Sports Almanac like Biff in Back to the Future II. Alas, we’re resigned to more mundane methods of hitting on a longshot, ones that don’t involve a time-traveling DeLorean. The keys to finding the best underdogs lie in the analytics.

1. Take a Closer Look at a Fighter’s Career

This seems too obvious to count as wisdom, but many new bettors just look at a fighter’s overall record, ignoring how that combatant actually won and lost their fights and their career trajectory.

While researching on the combatant’s previous fights, questions you want to ask are:

These are all factors you want to keep in mind when conducting preliminary research.

One of the best places to check out a fighter’s professional history is Sherdog, a site which shows exactly how a fighter won or lost (knockout, submission, decision, disqualification). This will help you identify just how good a particular combatant is overall and if they favor one style of martial art the most.

To delve deeper into fighters’ tendencies, you have to review their fight stats. Like other sports, there are now ample statistics available in MMA and they can give you some fantastic insight on a fighter’s patterns.

One of the best websites to dig up these advanced stats is Fight Metric LLC, which provides different in-fight averages like significant strikes landed and absorbed per minute. Fight Metric not only gives you details into a fighter’s overall skill set, but it breaks down each of their individual fights and provides the bettor with a snapshot of their recent performances. This will give you an idea of what a fighter’s offensive and defensive tendencies are, and how much damage they have doled out and taken, both over their careers and recently.

Important stats like takedowns attempted and takedown success rate are vital analytics when you are dissecting an underdog. As the adage goes, “Styles Make Fights.” If you become adept at finding matchups that favor the underdog’s style of combat, you are well on your way to finding lucrative bets on a more consistent basis.

There has been a lot of data collected on how the age of a fighter can impact the result of a fight. Although this is not a perfect science, studies have shown that a fighter usually peaks in their late twenties to early thirties.

Not only does speed, power, and agility start to wane as fighters age, but so does their ability to take a punch. FightNomics states that fighters who are 36 to 38 years of age get knocked out at nearly twice the rate of fighters who are only 22 to 23 years old. The increase in knockout rates for older fighters is largely due to years of cumulative damage to the head and jaw as well as basic physiologic changes which lead to decreasing resiliency of the brain.

This is why betting on older fighters who have name value is not always the best way to go. We have seen the likes of Anderson Silva and Chuck Liddell become far more susceptible to knockouts in the latter stages of their careers.

Many professional gamblers believe that whether a fighter is orthodox (right-handed) or southpaw (left-handed) greatly affects the result of a bout.

Most fighters who fight in the UFC use an orthodox stance, which is no surprise (that’s why it’s called “orthodox”). But fighting southpaw may actually give a fighter an advantage. According to betmma.tips, southpaws have a higher success rate, winning 53% of their fights.

The bigger advantage, though, comes from being fluid. Fighters who can switch their stance from southpaw to orthodox win at a 57% clip. You are starting to see this technique become a lot more prevalent in MMA and it is definitely something to consider before wagering.

That said, don’t make this the only factor you consider before placing a bet on a fight. As with every factor herein, it should be used as part of your overall research.

5. The Odds Are Usually Pretty Accurate

The people who set the odds at sportsbooks may not compete in the sport of MMA, but they do extensive homework before creating moneylines and props. They keep an eye on factors like past performances, weight issues, injuries, layoff time between contests, etc. It’s their job and, unless you’re a professional gambler, they devote more time to it than you possibly can.

When you see a massive underdog, the odds are long for good reason. The “house” is trying to lure bets on a fighter who has no realistic chance of winning, and bettors get sucked in by the potential payout. When we tell you to find value on an underdog, that doesn’t mean making ill-informed bets on anyone who could net you a windfall. While sportsbooks aren’t perfect, they are usually pretty accurate and err in their own favor. You have to be very selective to win in the long-run.

Also keep in mind that no wager, no matter how big of a favorite the fighter is, means they are a guarantee to win. Anything can happen in MMA; all it takes is one lucky punch and it’s all over.

A lot of fighters will use press conferences and interviews as a way to get into their opponent’s heads. Not every fighter does this, but it has become commonplace for the likes of a Conor McGregor to cut a WWE-style promo to try to get his opponent off his game. It’s called mental warfare and, as a bettor, you should be aware of it because some fights are won and lost well before the fighters enter the Octagon.

To be able to compete at the top of your game, a fighter must always stay composed. Fighters who become unfocused or fight with emotion tend to deviate from their game-plans, which can prove costly. Fighters who talk a lot of trash before their fights are trying to put pressure on their opponents so they crack under pressure. Some can ignore the showmanship, others get frazzled.

This is a big part of why we advised betting on Floyd Mayweather when he fought Conor McGregor. The general perception was that McGregor was “winning” the press conferences. He was saying all the right things and crushing Mayweather in the PR department. It convinced the general public that he had a realistic shot to win, and his odds got shorter as a result; some laypeople even figured that Mayweather, who looked visibly perturbed at a lot of the press events, would fight angry.

If you know anything about Mayweather’s career, you know that he crafts impeccable game-plans and never deviates from them, which is a big part of why he entered that fight 49-0. Lo and behold, that trend continued against McGregor.

When you’re looking at fighters’ histories, explore whether they have been involved in any heated rivalries and how they performed in the resulting fights. That should give you an idea of how composed they will be in their upcoming bout.

Take Your Sports Betting Strategy to the Next Level

When it comes to maximizing your profit in sports betting, there’s a lot more that comes into play than just picking the winners.

That’s we’ve designed a well-rounded guide to the sharpest sports betting strategies, where you can learn everything from how to find the best odds to how to lock in guaranteed profit via arbitrage.