Call of Duty League (CDL) leads into the second season with a handful of questions to be asked. With in-person LAN events off the table, for now, the majority of teams have decided to relocate to a centralized location. How much will this truly impact the league at its core?

This works to benefit certain teams in multiple ways, one being the overall chemistry of playing on a modified LAN environment, but most importantly is the connection advantage. There are a few teams this season in the CDL that from the beginning will be playing with a slight handicap due to ping disadvantages.

While oddsmakers are on target with the majority of these matchups, in my opinion, they are weighing too heavily into past season results to carve lines.

Here are the Call of Duty League odds for this upcoming Atlanta FaZe opening weekend. Let’s take a look at the break down of my top two picks below.

Can Seattle Surge Defy the Odds?

With the professional player power rankings being released this past weekend, it comes as no surprise that Seattle Surge has been ranked at the bottom of the pack. Aside from their lackluster performance against Los Angeles Guerillas (LAG) in the Kickoff Classic, I think they have a tremendous skill ceiling as a team.

In their most recent public scrims against OpTic Chicago, they lost significantly in map count, but there was a huge upside to how Seattle played. Considering their matchup against LAG had two of their players playing on a 90 ping Salt Lake server, and it still came down to map five is promising.

With two extra weeks to properly prepare for this series, while they obviously are not the favorites to win the event by any means. That does not mean it is impossible to squeak out a close victory over the London Royal Ravens.

The London Royal Ravens (LRR) on the other hand are in shambles at the moment. Their star player zer0 was unable to get his visa finalized before the regular season started, which has left LRR to sign Parasite as a temporary replacement.

To me, it sounds like a prime chance for Seattle to come out and possibly win their first series. Especially since they play the Dallas Empire as their first official match of the season, they are thrown directly into the fire. The Surge has more going for them at the moment, and this has map five potential written all over it.

This is by far the most exciting matchup of the entire weekend. Two of the best teams in the entire CDL battle in their first matchup of the year. Prior to the season starting, nearly every OpTic Chicago vs Atlanta FaZe scrim set was split evenly. That being said, scrims do not weigh quite as heavily as official matches.

What is especially important leading into this match is the fact any statistical data for Search and Destroy (SND) from both teams is relatively hidden. Picking one of these teams to be better than the other when we have limited resources to go off of is a shot in the dark.

While I do truly believe OpTic has what it takes to win this match, I will not be surprised if it comes down to the final SND map to decide it all. I think the rotating server locations will play a major factor in this match. OpTiC Chicago is solely located in Dallas, and Atlanta FaZe in Atlanta, Georgia. Moreover, they will split ping advantages in the first four maps, so going the distance makes it even more likely. 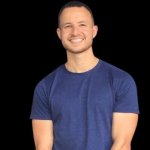 Jarrod has been actively involved in the competitive counter-strike scene since 2003, playing as high as Premier level in Cyber Amateur League in 1.6 in his prime. He is one of the most respected free esports handicappers on Twitter, covering CSGO, Valorant, Call of Duty: Cold War.

Jarrod has been actively involved in the competitive counter-strike scene since 2003, playing as high as Premier level in Cyber Amateur League in 1.6 in his prime. He is one of the most respected free esports handicappers on Twitter, covering CSGO, Valorant, Call of Duty: Cold War.