Get off the sidelines and into the game with our expert NBA betting advice. We’ve rounded up the latest trends, analytics, and insights to help you make the most of your moneyline, ATS, and over/under bets. Today we focus on the Celtics vs 76ers from the 02 Arena in London (Thursday, Jan. 11, 3:00 PM ET).

Whether the Earth is flat or round, Kyrie Irving and the Celtics successfully traversed a substantial portion of it today, crossing the Atlantic to take on the 76ers in London. It’s the second time in the U.K. for both teams since the NBA launched its Global Games series in 1984, and it promises to be the best matchup yet.

The Celtics enter today’s tip-off with the NBA’s longest active winning streak (6) thanks to a stifling defense that’s limiting opponents to just 97.6 points per game. Brad Stevens’ club excels at aggressively chasing shooters off of the three-point line and limiting points in the paint, and every game is a defensive clinic with more stops than a crowded bus.

Defense is generally a matter of effort and desire, but Boston has also smartly stockpiled long, rangy defenders like Jaylen Brown, Jayson Tatum, and Marcus Morris who can seamlessly switch one through five. They’re the backbone of the Celtics’ D and have been instrumental in holding Boston’s last three opponents to under 90 points per game.

The Sixers, meanwhile, have won their last four and are coming off an impressive 36-point win over the Pistons. That game perfectly illustrated how dangerous Philly can be when all of their stars are healthy and playing in sync. Ben Simmons consistently bullied his way into the paint against smaller defenders; Joel Embiid slyly drew Andre Drummond away from the basket; and J.J. Redick made Detroit pay for ignoring him by nailing three treys. All three players are available tonight and should benefit from five full days of rest and recuperation.

The East may belong to Boston right now, but Philly is ready to swoop in if the Celtics let down their guard. 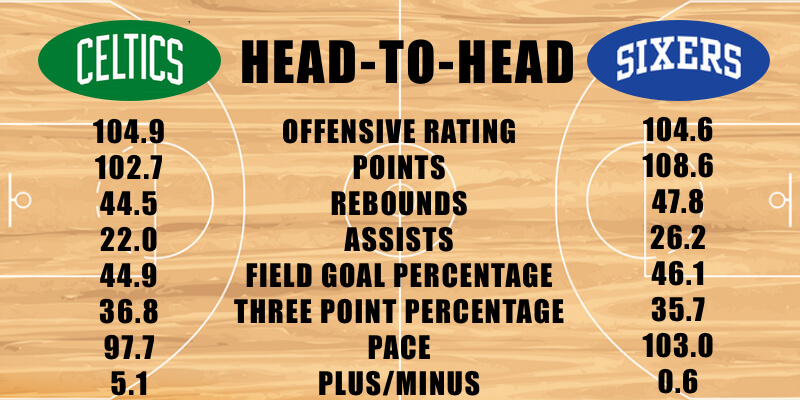 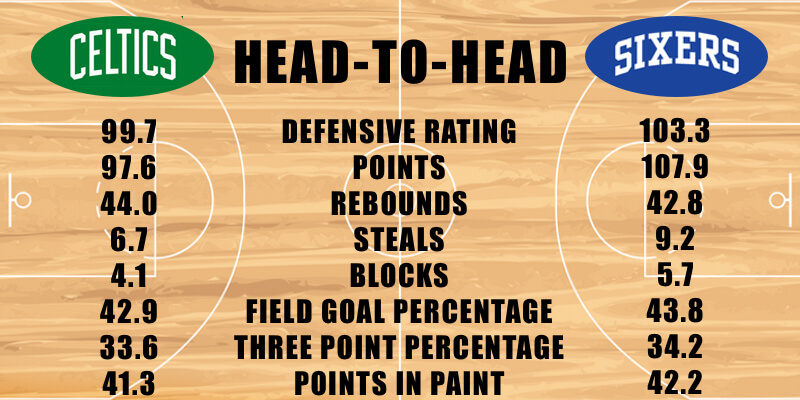 This will be the third meeting between Boston and Philadelphia. The Celtics beat the 76ers, 102-92, on October 20th during the first week of the season. Kyrie Irving led all scorers with 21 points and Al Horford chipped in with 17 and nine rebounds as Boston notched its first win of the season following a gruesome injury to Gordon Hayward on opening night. Redick paced Philly with 19 points, but the Sixers shot just 38-percent from the floor and coughed up the ball 17 times.

Boston beat Philadelphia again, 108-97, on November 30th behind 36 points from Irving. The All-Star guard was 12-21 from the field, and had nine points in the fourth quarter to put the game out of reach. Dario Saric had 18 points and ten rebounds for the Sixers, and was one of six Philly players to finish in double figures.

CELTICS: The Celtics overcame a poor offensive performance and hung on to defeat the Nets 87-85 on Saturday night. Irving led the way with 21 points on 8-20 shooting, and Jayson Tatum hit a clutch corner three with 45 seconds remaining to seal the win. Boston was without Al Horford, who was nursing a sore left knee.

76ERS: The 76ers blew out the undermanned Pistons 114-78 on Friday night. Embiid had 23 points and nine boards in just 25 minutes and thoroughly outplayed All-Star center Andre Drummond in the brief time they shared the court. Philly never trailed and shot 48-percent from the field, including a scorching 46-percent from deep.

Hayward shed his walking boot in mid-December and is continuing to rehabilitate his broken ankle. He is not expected back during the regular season.

Fultz has begun participating in five-on-five drills, but the 76ers have yet to set a timetable for his return.

If there’s one thing that the Celtics have struggled with all season, it’s staying healthy. From the opening-night loss of All-Star Gordon Hayward, to nagging injuries to Al Horford, Marcus Morris, Kyrie Irving and others, Boston’s roster has been compromised all year long. That all changes this evening. With the exception of Hayward, the Celtics are at full strength tonight for the first time all season and will be able to hound the Sixers relentlessly with their league-leading defense.

If the Sixers aren’t scared yet, they certainly should be. Philly leads the league in turnovers at 17.8 per game and plays with a carelessness that won’t cut it against the Celtics. Simmons looked especially befuddled during his two previous games against Boston, coughing up the ball nine times and failing to find his comfort zone.

Tonight won’t be a rout for the Celtics, but it will be a comfortable win by a fresh – and suddenly healthy – team. 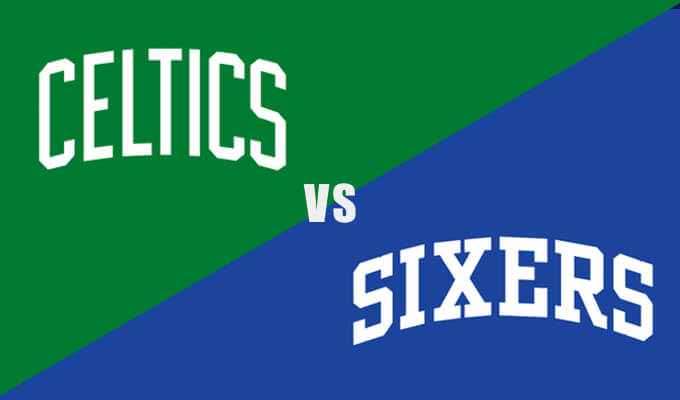 Boston won their first two games against Philly this season by an average of 10.5 points per game. Today’s margin will likely be a little closer, but the Celtics should still cover the spread thanks to their defensive intensity and their ability to neutralize the offensive mismatches the Sixers exploit against most other teams. Horford can chase Embiid from the basket to the three-point line without giving up significant size or speed, and Jayson Tatum can go toe to toe with Ben Simmons, thereby cutting down on his ability to see the court and slice into the lane. It’s a luxury few other teams have, and it should allow Boston to improve its red-hot season-long cover rate of 63.4-percent.

Boston and Philadelphia combined for 199.5 points in their first two meetings this season and it’s likely today’s match-up will be another low-scoring affair. The Celtics are limiting opponents to 91.8 points per game over the course of their current six-game winning streak and are 24-1 when they keep other teams below the century mark.

The Sixers are far from a defensive juggernaut, but they did hold the Pistons to just 78 points in their last outing and have the size and length to give shooters fits. Embiid, in particular, is a huge difference maker. The Cameroonian center is fifth in the league in defensive rebounds and blocks, and sixth in contested shots.

NBA teams have gone under the projected point total in non-overtime games 54-percent of the time this season, and the Celtics and Sixers should continue that trend tonight.

Celtics vs 76ers is just one of four games on tap on Thursday. Here are our other three straight up picks.