NBA general managers have spoken and the consensus is clear: Milwaukee Bucks star Giannis Antetokounmpo is the overwhelming favorite to repeat as NBA MVP. In a league-wide poll of GMs conducted by NBA.com, Milwaukee’s “Greek Freak” was the MVP choice of 52 percent of GMs.

Numbers-wise, however, Giannis is projected to see slight dips in scoring, assists, and rebounds this season.

The Bucks Supporting Cast Has Changed

The Bucks aren’t returning intact after winning an NBA-best 60 games last year. Their biggest losses are guard Malcolm Brogdon and forward Nikola Mirotic. The reliable Brogdon, a former NBA Rookie of the Year, was also one of just eight members of the league’s exclusive 50-40-90 club.

Milwaukee hopes it can overcome Brogdon’s departure with free agents Wesley Matthews and Kyle Korver. A 3-point specialist who boasts a career 42.9% average from behind the arc, Korver’s move to Milwaukee reunites him with Mike Budenholzer, his former head coach in Atlanta. Korver made his only All-Star appearance playing for Coach Bud and the Hawks in 2015.

Keeping Khris Middleton in Milwaukee was a key task for the Bucks this summer, and they succeeded, signing the All-Star forward to a five-year deal. He and Giannis, along with center Brook Lopez and first-team all-defensive guard Eric Bledsoe, give the Bucks a strong core of returning talent.

Will Giannis Antetokounmpo lead the league in mean mugs again this year? “Hopefully,” he said. ? pic.twitter.com/tLfDKfH6F1

The Bucks aren’t going to reinvent the wheel with their offense after last season’s success. Their incoming personnel, including big man Robin Lopez, who joins brother Brook on the Bucks, all fit Budholzer’s system.

Milwaukee will still play an up-tempo game and take a high volume of outside shots , meaning there will be lots of chances for Giannis to clean up rebounds and score on putbacks, or dish out assists to Korver and open teammates on the perimeter.

The Competition in the East Could Be Stiffer

For the second straight summer, Bucks fans watched with pleasure as a star player on a pesky conference rival packed his bags and headed West. One year ago, it was LeBron James ditching Cleveland for the Lakers. This summer, defending-champion Toronto couldn’t convince Kawhi Leonard to run it back with the Raptors, losing their Fun Guy to the LA Clippers.

The Bucks may project as the best team in the East, but there’s a growing middle class in the conference that could bring more consistent challenges.

Even the biggest incoming star from the West, Brooklyn’s Kevin Durant, is on the shelf as he rehabs his torn Achilles’ heel injury.

The Bucks may project as the best team in the East, but there’s a growing middle class in the conference that could bring more consistent challenges to those at the top. The contenders are led by the Philadelphia 76ers, who replaced Jimmy Butler and JJ Redick with Al Horford and Josh Richardson.

Reigning MVP Giannis Antetokounmpo put up 34 PTS, 11 REB & 4 AST in only 23 minutes of action in the win against the Mavs last night! ? pic.twitter.com/RfvYT84fws

Then there’s Boston, who lost Kyrie Irving to the Nets but landed Kemba Walker to play alongside Jayson Tatum and Gordon Hayward.

Meanwhile, Butler’s move to Miami makes the Heat harder to handle while the Nets are better with Irving in the fold, and a force in waiting once Durant gets healthy.

Antetokounmpo suffered through sleepless nights after the Toronto Raptors rallied from an 0-2 deficit to beat the Bucks in last year’s Eastern Conference Finals.

Once he’d put that difficult defeat behind him, Antetokounmpo focussed on becoming more of a leader. He’s made it clear that he intends to put it all on the line for a shot at a title, and expects those around him to do the same.

He doesn’t sound like a great candidate for regression. 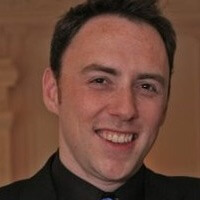 Ian Harrison has been working as a freelance sports writer for over a decade, joining the Associated Press in 2007. He is a member of the Baseball Writer's Association of America, a National Baseball Hall of Fame voter, and covered the Toronto Blue Jay's playoff runs in 2015 and 2016.

Ian Harrison has been working as a freelance sports writer for over a decade, joining the Associated Press in 2007. He is a member of the Baseball Writer's Association of America, a National Baseball Hall of Fame voter, and covered the Toronto Blue Jay's playoff runs in 2015 and 2016.