Over the years, the phrase “Kobe Bryant Challenge” has popped up repeatedly. Opponents used it when considering how to defend the 18-time All-Star with the game on the line. Former Lakers coach Phil Jackson used it when discussing the difficulty of getting Kobe to trust his teammates and buy into his patented Triangle offense. And countless teammates used it (along with an expletive or two) when discussing the thankless task of playing with a guy who treated them like traffic cones.

People liked his tweets and posts, as expected, but a curious thing happened soon afterwards when Giannis Antetokounmpo took to social media to ask for a challenge of his own and a popular Washington Wizards Twitter account requested a challenge for John Wall. Kobe obliged with some big-time goals for each player.

The challenges have led to lots of chatter, but how achievable are they in reality? We’ve broken down Kobe’s most captivating challenges and have the odds on whether each player will be able to accomplish them in the year ahead. 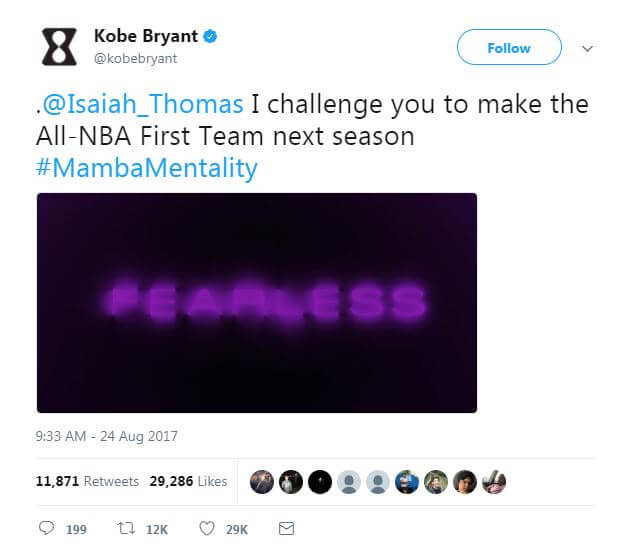 There’s so much uncertainty swirling around IT that this particular challenge is hard to handicap. Is he actually Cleveland bound? Will he be available for training camp?Are there any unburned jerseys left for him to wear if he stays in Boston? The variables are dizzying.

At this point we’re betting cooler heads will prevail and Thomas will join LeBron in Cleveland. However, the Cavs won’t be in a rush to put their new guard on the court given the delicate nature of his hip injury and their well-documented disdain for the regular season. Their overly cautious approach could cost IT up to three months of the 2017-18 season, sinking his chances of claiming any kind of individual honors. Further complicating matters is the fact that Thomas will have to adapt his game to playing with new teammates and will likely see fewer shots and minutes on Cleveland’s deep, veteran roster. This is one challenge that might be better reserved for 2018-19. 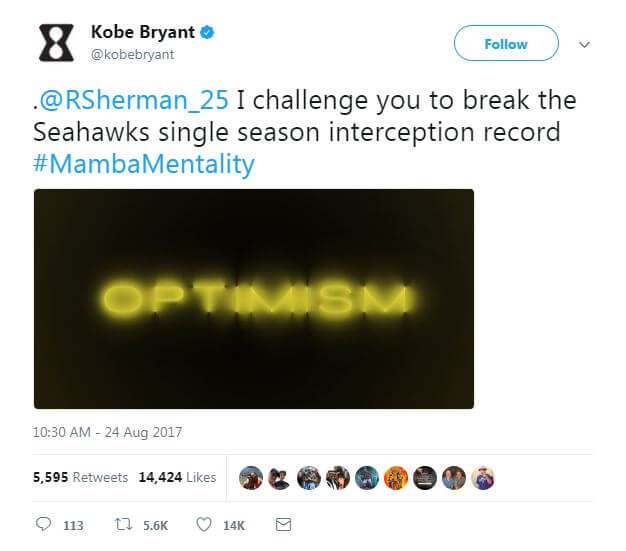 Richard Sherman’s name has already been writ large in the history of the Seattle Seahawks, but one place you won’t find it is under the column for most interceptions in a single season. Not yet, at least. That particular mark is co-owned by Kenny Easley and John Harris, who picked off ten passes each in the early 1980s. Sherman is certainly capable of besting their output, but he’ll have to overcome recent injury setbacks and his own declining production first. The 28-year-old cornerback intercepted just four passes in 2016 and suffered through an undisclosed MCL injury that robbed him of much of his trademark explosiveness. Sherman says he’s healthy now and responded enthusiastically to Kobe’s challenge, leading us to believe 2017 could be a big bounce back season.

DeMar DeRozan: Rekindle a lost friendship from your youth in Compton 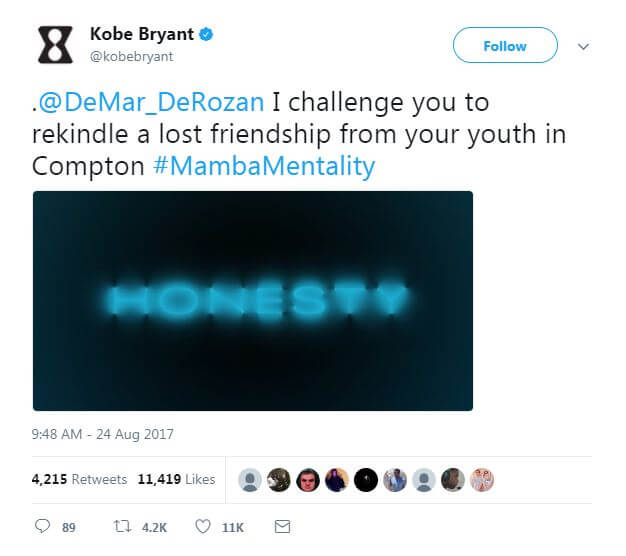 Kobe may not be a pitcher, but he sure knows how to throw a curveball. This challenge comes right out of left field and conjures more questions than answers. Does Kobe have a particular friendship in mind? Will he be satisfied if DeRozan simply pokes someone on Facebook? It’s all unclear, and so far no one has stepped up with any additional details.

What we do know for sure is that DeRozan is active on Twitter and he has 1.3 million friends on Facebook; he could easily strike up a conversation with an old pal on social media. The California native also returns to Compton regularly for basketball camps and personal visits, so a face-to-face meeting isn’t out of the question either. Given DeRozan’s affable, outgoing nature, we see Kobe’s fortune-cookie-like challenge coming to fruition soon. 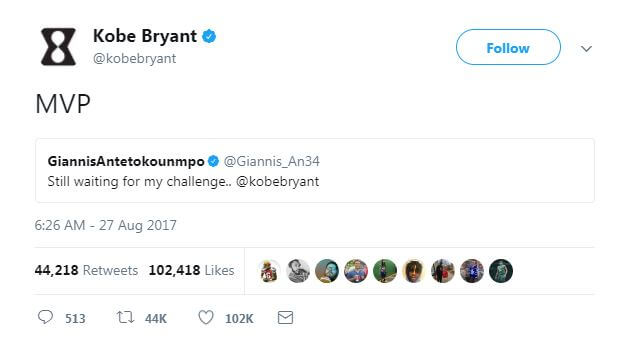 This is easily the most ambitious of Kobe’s challenges, and it will be a ton of fun if it comes to pass. No player made bigger strides (figuratively, but also perhaps literally) last season than the Greek Freak, who won the NBA’s Most Improved Award after becoming just the fifth player in league history to lead his team in points, rebounds, assists, steals, and blocks. Antetokounmpo is still just 22-years-old and the fact that he’s openly soliciting new challenges demonstrates that he’s prepping for a monster season. His scoring average might dip in 2017-18 with the return of Jabari Parker and the continued growth of Thon Maker, but his do-everything game and Milwaukee’s expected improvement should elicit plenty of attention among voters.

The fact that Russell Westbrook and James Harden (who finished one-two in voting last year) were both paired with elite sidekicks in the offseason helps Antetokounmpo’s chances. While Paul George and Chris Paul siphon usage in OKC and Houston, respectively, Giannis remains the undisputed man in Milwaukee. He enters the year as MVP co-favorite along with Kawhi Leonard, in my books. 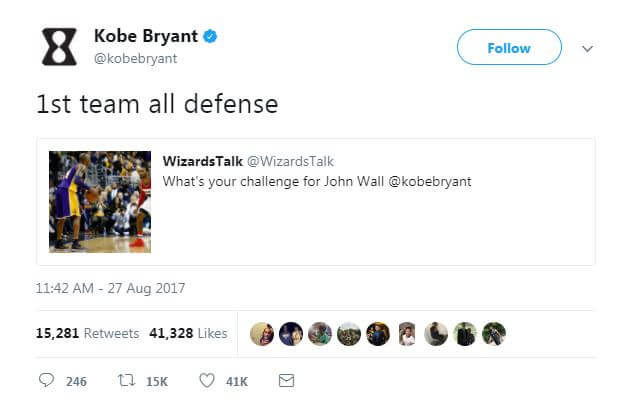 This is one challenge that seems well within reach, particularly for a player with quick hands like John Wall. The four-time All-Star led the league in steals last season and just missed cracking the NBA All-Defensive Second Team, finishing ahead of defensive-minded players like Marcus Smart and Jimmy Butler. He’ll have to knock off incumbent guards Chris Paul and Patrick Beverley — and leapfrog Second-Teamers Andre Roberson and Tony Allen — to claim a spot this year, but we like his odds. At 32-years-old, Paul is bound to start regressing soon, and Beverly’s defensive production should slip this season as he’s asked to carry a heavier offensive burden with the Clippers. Combine that with the continued decline of Danny Green and the fact that Allen has yet to find an NBA home, and the spot is Wall’s for the taking.