We’re less than two weeks into 2018, but the Knicks would probably like a do-over already. New York has already lost four games since the ball dropped in Times Square and are coming off an exhausting double-overtime loss to the Bulls on Wednesday night. That particular game was a microcosm of all that’s ailing Jeff Hornacek’s squad. The Knicks gave up too many second-chance points, allowed far too many fast breaks, and crumbled in crunch time.

The Knicks’ offense will surely benefit from the return of Tim Hardaway Jr. next week, but in tonight’s game at the Target Center (7:00 PM ET), it will continue to be all Kristaps Porzingis all the time. The Unicorn is averaging a season-low 19.4 points in January and has admitted to feeling fatigued as opposing teams consistently game-plan against him.

Minnesota, on the other hand, has been flying high in 2018. The Wolves have won their last three games and are in prime position to return to the playoffs for the first time since 2004 when they lost to the Lakers in the Western Conference Finals. The key to their resurgence has been Jimmy Butler, who is leading the team in points and steals, and has given Tom Thibodeau a reliable closer late in games. Jimmy G. Buckets is sixth in the league in crunch-time scoring at 4.2 points per game and his quiet confidence is beginning to rub off on his younger teammates.

The Wolves have also benefited from the maturation of point guard Tyus Jones, who averaged 7.0 points, 3.3 assists and 1.7 steals during Jeff Teague’s recent seven-game absence, and gives Minnesota a dependable back-up when the team’s stars need a breather. He should have a tremendous advantage tonight when he matches up against the less-than-dynamic duo of Frank Ntilikina and Ron Baker.

New York’s 2018 is going to get worse before it gets better. 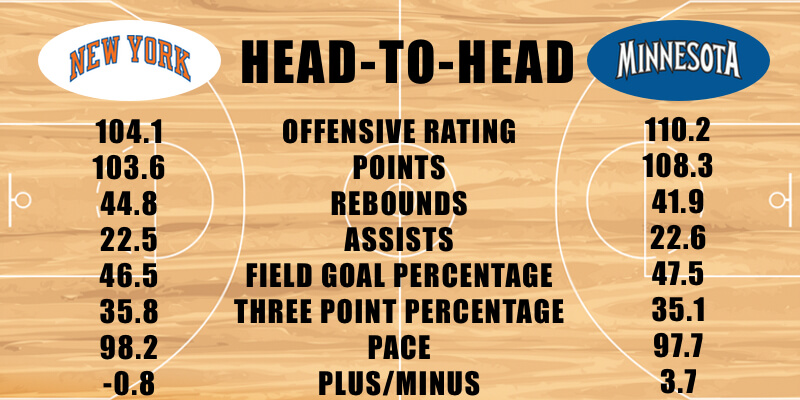 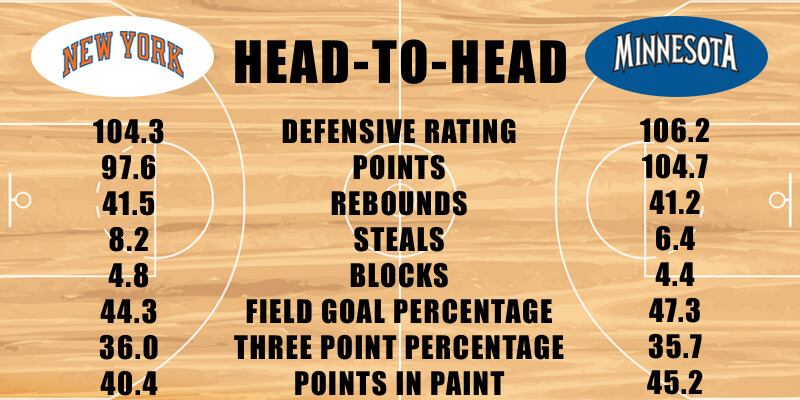 This is the first meeting of the season between the Knicks and Wolves. The two teams have faced each other 54 times since 1989-90, with New York winning 32 of those games. Minnesota turned the tables on their East Coast rivals in 2017-18, narrowly winning both games in their home-and-home series at the end of November.

KNICKS: The Knicks fell to the Bulls 122-199 in double overtime on Wednesday night. Michael Beasley led New York with 26 points and 12 rebounds, while Porzingis added 24 points and threw down a massive dunk to force the game into double-overtime. The Knicks out-rebounded the Bulls 60-52, and shot a robust 50-percent from the field in the loss.

TIMBERWOLVES: The Timberwolves pounded the Thunder 104-88 on Wednesday night to win their third consecutive game. Butler had 20 of his 26 points in the second half and Teague had eight points and three assists in his first game back after spraining the MCL in his left knee. Minnesota forced 20 turnovers and held OKC to just 24-percent from behind the arc.

Hardaway returned to practice on Tuesday for the first time since November 29th and will be re-evaluated by the team’s medical staff soon.

There are few things more dangerous than a healthy and confident team. Minnesota enters tonight’s tip-off with a full roster and a noticeably buoyant energy following blowout wins against the Pelicans, Cavs, and Thunder. Bigs are banging without complaint, guards are finding cutters more regularly, and Karl-Anthony Towns – yes, Karl-Anthony Towns! — is finally playing a lick of defense. The 7-foot center recently had six blocks against the Pacers and is third in the league in defensive rebounds. The Knicks might as well pack it in now if KAT decides to bring it on D tonight.

The Wolves haven’t just been beating teams lately, they’ve been embarrassing them. Minnesota beat New Orleans by 18 points on Saturday, Cleveland by 28 points on Monday, and Oklahoma City by 16 points on Wednesday. The one thing those three teams have in common is that they’re significantly better than the Knicks. New York simply can’t counter Minnesota’s speed and athleticism, and will be hard-pressed to keep them off the line. The +9 spread is sizable, but this is a classic mismatch between a confident Western Conference super team and a demoralized and beaten-up Eastern Conference squad. Take the Wolves all the way.

The Wolves have held their last seven opponents to under 100 points a game, and it’s likely they’ll do so again tonight against the struggling Knicks. New York is averaging just 101.2 points in their last five non-overtime games and play at one of the slowest paces in the league. They frequently milk the shot clock and rely on Porzingis to bail them out with a deep jumper before the buzzer blares.

Despite all of its young talent, Minnesota also favors a slower pace and Thibs is likely to rest his starters after building a big lead by half time. Take the under and brace yourself for plenty of garbage-time minutes from Gorgui Dieng and Nemanja Bjelica.

Knicks vs Timberwolves is just one of nine games on tap on Friday night. Here are our other eight straight up picks. 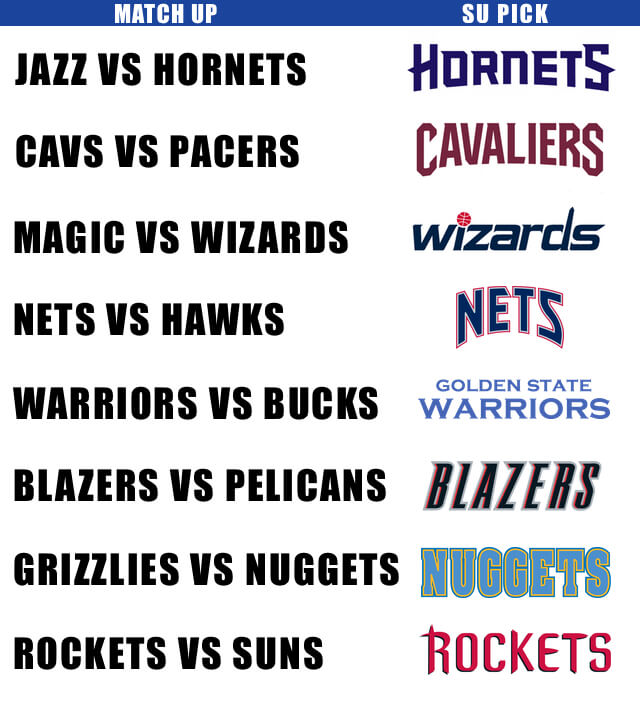