Is that Christmas money from your grandma burning a hole in your pocket? We can help you spend it wisely with our expert NBA wagering advice. Today (Dec. 28) we focus on the best moneyline, ATS, and over/under bets for Magic vs Pistons from the Amway Center in Orlando (7:00 PM ET).

In the NBA, there are game you want to watch and there are games you want to bet on. Magic vs Pistons falls squarely into that second category. Tonight’s tip off in Orlando figures to be a dog of a game as the sputtering Magic tangle with the maddeningly mediocre Pistons. If you have children at home, you may want to cover their eyes if you insist on watching this one from start to finish.

Few teams have been hit harder by injuries this season than the Magic, whose roster is littered with the walking wounded. Orlando is currently without leading rebounder Nikola Vucevic, who broke his hand last week in a game against the Wizards, and three-and-D specialist Terrence Ross, who has been sidelined since November 30th after spraining his MCL and fracturing his tibia in a game against the Thunder. Leading scorer Aaron Gordon will be a game-time decision, and will likely play limited minutes if he laces ‘em up.

Detroit has had to deal with injury woes of its own lately, and is without its starting backcourt of Avery Bradley and Reggie Jackson. Key reserve Jon Leuer is also on the shelf with a sprained right ankle and will be unavailable for tonight’s game.

The good news (yes, there is some) is that the Pistons have enough weapons remaining to make them a reasonably safe bet. Tobias Harris is averaging a career-high 18.1 points per game, Reggie Bullock has emerged as a valuable contributor, and Andre Drummond is hitting a career-high 62-percent of his free throws. It may not sound like much, but Drummond’s ability to hit the occasional freebie has completely changed Detroit’s end-of-game strategy. Head coach Stan Van Gundy finally has the luxury of keeping his best defender on the court during crunch time, thereby limiting second-chance points and preventing opposing guards from driving into the lane with impunity. The Pistons don’t always capitalize on Drummond’s defensive gifts, but they should be able to make the most of his presence tonight against the lowly Magic. 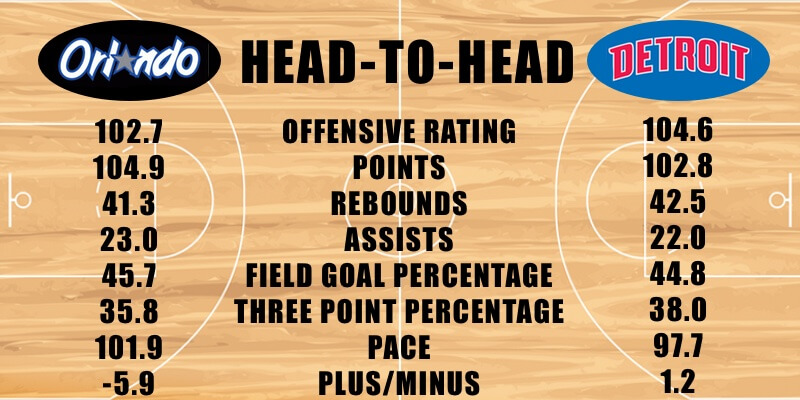 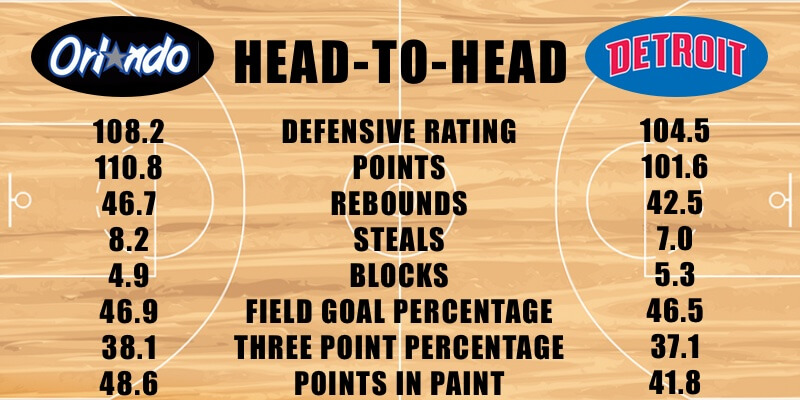 The Pistons defeated the Magic 114-110 during their first meeting of the season on December 17th. Reggie Bullock led the way with a career-high 20 points and Detroit set a franchise record with 17 three-pointers, including five from reserve forward Anthony Tolliver.

The game appeared to be out of reach until late in the fourth quarter, when Orlando scored 19 unanswered points and came close to erasing a 24-point deficit. The run was keyed by Croatian combo guard Mario Hezonja, who was 8-12 from behind the arc and finished with a season-high 28 points.

Detroit head coach Stan Van Gundy was furious afterwards with his team’s lack of energy and effort during the second half. “We played a very good first half, Reggie Bullock and Anthony Tolliver played very well, and we didn’t try at all in the second half,” he vented to reporters. “We didn’t bring anything to the second half.”

MAGIC: The Magic fell to Miami on Tuesday night, 107-89, thanks to a 39-point fourth quarter from the Heat. Elfrid Payton led the way for Orlando with 19 points and Evan Fournier added 14 in his first game back from an eight-game absence with an ankle injury. Orlando led by six at half, but had no answer for Wayne Ellington, who was 6-10 from behind the arc and finished with 18 points.

PISTONS: The Pistons shut down Victor Oladipo and slowed the Pacers en route to a 107-83 win on Tuesday night. Tobias Harris led the way with 30 points on 10-11 shooting, and Andre Drummond recorded his 23rd double-double of the season with 21 points and 18 boards.

The Pistons aren’t exactly world beaters, but they are in considerably better shape than the Magic, who have lost nine straight and are without three of their top scorers. Detroit proved on Tuesday night that they’re capable of controlling tempo, closing out on shooters, and neutralizing the other team’s top perimeter threat. And they did so against the Pacers, a bona fide playoff-bound team that’s currently sixth in the rapidly improving Eastern Conference. The Pistons have won five of their last six games and should have little difficulty continuing their streak against a far lesser opponent tonight. 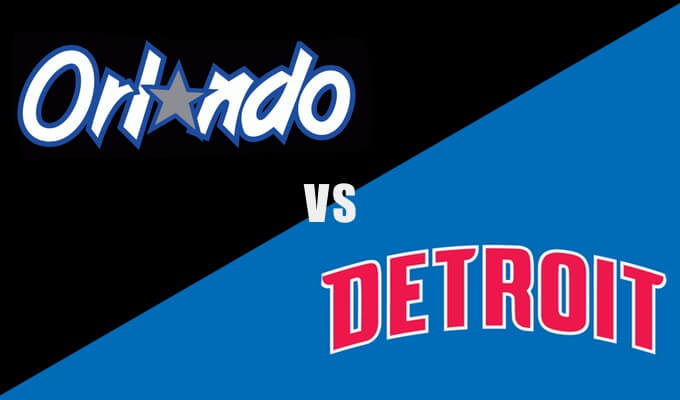 Detroit has been one of the best teams against the spread all season long thanks to a healthy dose of low expectations from sportsbooks, and a good-but-not-great defense adept at keeping things close against more talented teams. They won’t blow out Orlando this evening, but they’re a safe bet to cover the spread thanks to the absence of Nikola Vucevic, who has been Orlando’s best all-around player and the only one Frank Vogel could count on to score in the paint or get fouled trying. His replacement, Bismack Biyombo, is more than capable of doing the yeoman’s work on the boards, but his 1-7 shooting against Miami proved that his offensive skills are still more raw than a plate of chicken sashimi.

If you’re looking for offensive fireworks, you may want to steer clear of tonight’s game in Orlando, where the Magic and Pistons will just barely surpass 203 points. Orlando has averaged 97 points during its nine-game losing streak and failed to crack 90 points in three of those losses. The Magic suffer from many deficiencies, but their most glaring weakness is a lack of quality options at the one. Elfrid Payton is a world class hair model masquerading as a starting point guard, and Shelvin Mack is already on his fifth team in seven seasons.

Detroit has averaged a slightly more robust 104.4 points over its last five games, but will miss Jackson, who had 17 points and six assists in the team’s last game against the Magic. Career backup Ish Smith should be able to do just enough to keep the ship afloat in his absence.

This is going to be an ugly, grind-it-out game where both teams will struggle to surpass the century mark. Take the over but brace yourself for more bricks than a construction site.

Magic vs Pistons is just one of five games on tap on Thursday night. Here are our other four straight up picks. 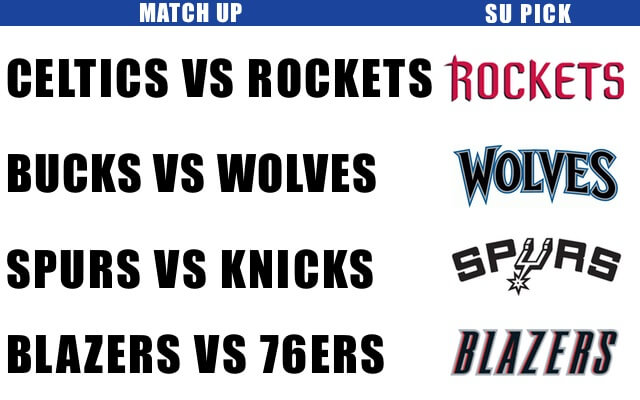