Get off the sidelines and into the game with our expert NBA betting advice. We have all the latest trends, analytics, and insights to help you make the most of your moneyline, ATS, and over/under bets. Today we focus on the Warriors vs Hornets from Oracle Arena in Oakland (7:30 PM ET).

No Steph Curry? No problem. The Warriors will be without their two-time MVP again tonight in Oakland, but it shouldn’t slow them down as Golden State has won nine of its last ten games since Curry sprained his ankle in a win over the Pelicans on December 4th.

Curry’s absence has been mitigated by the sensational play of Kevin Durant, who is averaging 29 points, 8.6 rebounds, 5.4 assists, and 3.1 blocks over his last ten games. KD’s dominance was on full display on Christmas Day, when the eight-time All-Star had 25 points and seven rebounds and came up with two timely (albeit controversial) blocks to seal a 99-92 win against the Cavaliers.

Durant hasn’t been the only Warrior who’s stepped up. Injuries to Draymond Green and Zaza Pachulia opened the door for rookie Jordan Bell, who has pulled down ten plus boards in three of his last four games. The Oregon product gives Golden State another active big capable of cleaning the glass and getting out in transition.

Golden State’s depth and relative good health are bad news for the Hornets, who have lost 13 of their last 17 games and have been rudderless since head coach Steve Clifford stepped away from the team to focus on his health. One of the biggest problems plaguing Charlotte has been an inability to win close games. The Hornets have lost 13 consecutive games decided by three points or less, and have displayed a frustrating lack of creativity in crunch time.

The good news for the Hornets is that tonight’s game won’t be decided by three points. The bad news is that they might lose by 30. 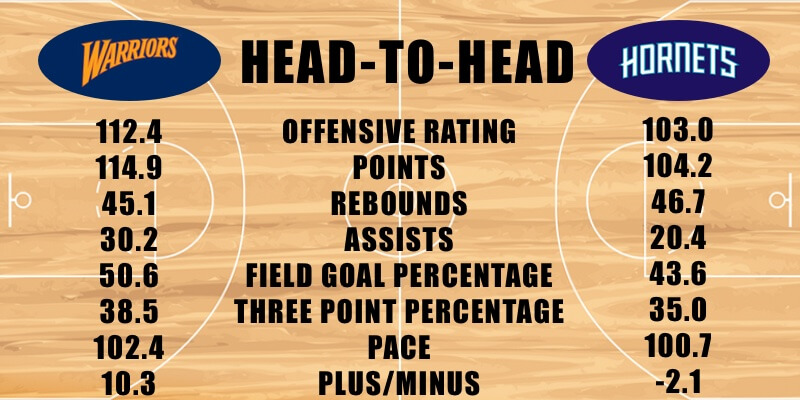 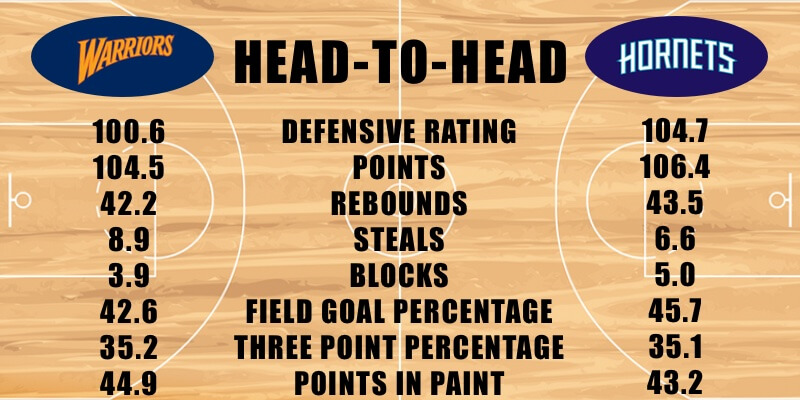 The short-handed Warriors defeated the Hornets 101-87 during their first meeting of the season on December 6th. Golden State was playing without Steph Curry and Draymond Green, but it hardly mattered as Kevin Durant rose to the occasion with 35 points, 11 rebounds, ten assists, and two blocks in just 36 minutes. Klay Thompson also chipped in 22 points on 9-14 shooting and the Warriors led from wire-to-wire.

Kemba Walker paced the Hornets with 24 points, five rebounds, and six assists and was one of three Charlotte players in double figures. It was the Hornets’ fifth loss in six games.

WARRIORS: The Warriors crushed the Jazz 126-101 on Wednesday night in one of their most dominant second-half performances of the season. Kevin Durant led the way with 21 points and excelled in the third quarter, as Golden State scored 42 points and put the game well out of reach. The game marked the return of starting center Zaza Pachulia, who had been out since December 6th with shoulder soreness.

HORNETS: The Hornets lost to the Celtics 102-91 on Wednesday night. Kemba Walker had 24 points and Dwight Howard (12 points, 17 rebounds) recorded his 19th double-double of the season in yet another losing effort. Charlotte out-rebounded Boston 58-47, but shot just 36.8-percent and managed only 16 points in the fourth quarter.

Steph Curry has returned to practice and will be re-evaluated by the team’s medical staff on Friday. He is likely to miss two more games.

Cody Zeller is out indefinitely after undergoing arthroscopic surgery to repair the torn meniscus in his left knee.

Life is full of difficult decisions, but picking the Warriors over the Hornets isn’t one of them. Yes, Golden State is missing Curry and his 26.3 points and 6.6 assists per game, but it has more than enough talent to overcome his absence. Durant can drop 30 in his sleep, Green is a walking triple-double, and Klay Thompson is capable of going nuclear and scoring 37 points in a single quarter. The Warriors are better at virtually every position and also boast superior depth and coaching. You won’t make much money by betting on the defending champs, but much like flossing after meals, it’s the right thing to do.

The Warriors defeated the Hornets by 14 points on December 6th and should come close to that margin again thanks to the return of Green, who was absent from the first match-up. The two-time All-Star leads Golden State in assists at 7.4 dimes per game and is the key to unlocking the team’s high-octane offense thanks to his selfless playmaking and ability to see over smaller defenders. His defense isn’t half bad either. Green’s ability to switch and recover on D should limit Walker’s effectiveness and cut down on his frequent forays to the hoop.

The Warriors are a sneaky-good defensive team, but the 213.5 over/under odds available still feel curiously low. After all, Golden State is averaging close to 115 points per game and has scored 120 points or more four times in the month of December. With or without Curry, the Warriors still have one of the most prolific and efficient offenses in NBA history.

For all their flaws, Charlotte has also done a decent job of putting points on the board. The Hornets are averaging over 104 points per game and play at the ninth-fastest pace in the NBA. Expect tonight’s game to be a whiplash-inducing track meet with plenty of fast breaks and a bevy of threes.

Warriors vs Hornets is just one of nine games on tap on Friday night. Here are our other eight straight up picks. 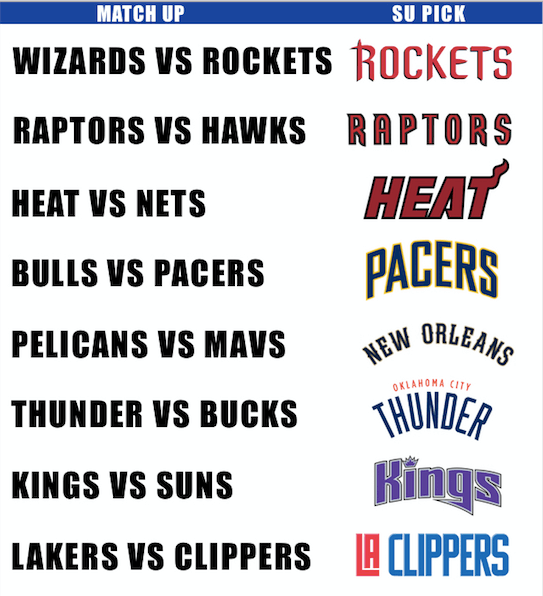