After an odd year in the NHL with a modified division format and shortened season, we have finally made it to the 2021 Stanley Cup Playoffs. The 16 team playoff, featuring four teams from each division, will start on Saturday, May 15th, 2021 when the Boston Bruins and Washington Capitals square off.

The Colorado Avalanche finished with the best regular season record, as they enter the playoffs with the number one overall seed in the NHL. As the Presidents’ Trophy winner, the Colorado Avalanche are the favorites to win the 2021 Stanley Cup, while the Golden Knights and Leafs have the second and third best odds.

Download the full 2021 Stanley Cup Playoffs bracket below. Print it, fill it out, and compete with your friends to see who has the best bracket! 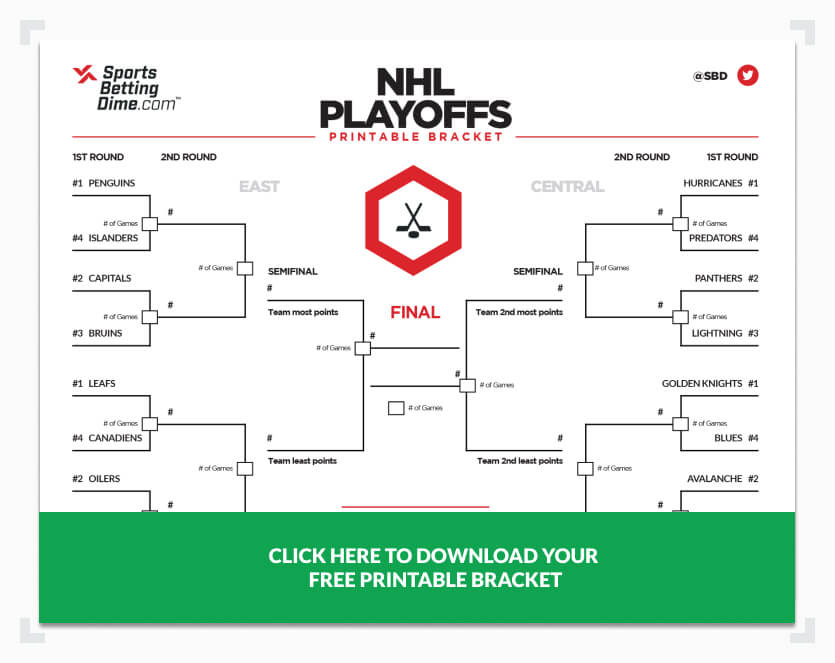 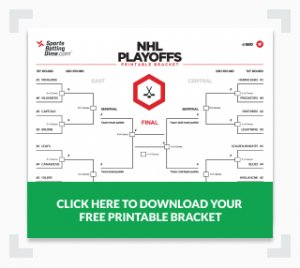 Crazy BetMGM Promo Allows Bettors to Bet $20 on Any Event, and Win $100 Even if Their Wager Loses
Read More

How to Fill Out Your Printable Bracket

This year’s playoff format is quite different than previous years, but we breakdown everything you need to know below:

How to Score the Brackets

The scoring system can be at your own discretion, but this is how we are scoring our 2021 NHL Playoff Brackets:

Here are a few links to take a quick peek at before filling out your bracket:

Make sure to follow @SBD on Twitter so that you don’t miss any odds, picks, and news surrounding the 2021 NHL Playoffs.

With the North Division finishing much later than everyone else because of the Vancouver Canucks’ COVID-19 outbreak earlier in the season, their playoff series will start a little later. That being said, here are the scheduling details for the 2021 NHL Playoffs:

*Denotes last possible end date of the round