The Coronavirus outbreak which originated in China has reached every continent aside from Antarctica. Japan has the fourth most reported cased of the virus of any country. With fears looming, the fate of the 2020 Tokyo games is in doubt according to oddsmakers.

For now, events are scheduled to start on Friday, July 24th with the opening ceremonies.

On Tuesday, Dick Pound, a member of the IOC, told the Associated Press that decisions about the games will need to be made soon. “A lot of things have to start happening. You’ve got to start ramping up your security, your food, the Olympic Village, the hotels. The media folks will be in there building their studios,” Pound said.

In Pound’s opinion, there are just too many moving parts to relocate or postpone the games. Since he’s been an IOC member longer than anyone else at the moment, he’s got considerable experience with crisis management.

Since the virus began to spread, Japan has canceled all of its professional soccer league matches until March 15th, 80,000 Olympic volunteers have had their training delayed for at least two months.

Even with the possibility of a cancelation, Pound encouraged athletes to continue training saying, “As far as we know right now, we’re going to be in Tokyo. The IOC is not going to send athletes into a pandemic.”

Shelly-Ann Fraser-Pryce, Jamaica’s two-time Olympic gold medalist, competed at an indoor championship two weeks ago. However, she opted to leave her young son at home due to fears about the virus. “I don’t want him traveling because I don’t know what’s happening,” Fraser-Pryce said.

However, with an audit revealing that Japan has spent at least $24 billion to put the games together, it’s unlikely the games would be canceled without a fight. Since the IOC is so reliant on TV rights revenue, it’s easy to picture the games chugging along even with half-full stadiums.

Rather than canceling the games, Japan and the IOC could try to find a middle ground. Similarly to what Japan did with its marathon this month, restricting the field to only athletes could work. A hollowed-out Olympics with empty stadiums would allow the games to go on and minimize the public risk.

Although this seems like a betrayal of the games, I doubt either the IOC or Japan wants no events at all this summer.

While the worst of the virus is still probably yet to come, it’s certainly not on the scale of World War I or II.

Both entities simply have too much invested to let it all go to waste. So, I’d bet no, the games won’t be canceled, postponed or relocated. 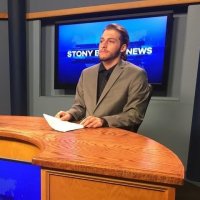