We’ll be tracking the 2023 Formula 1 Drivers’ Championship odds for all drivers as they become available and will chart them on this page. The graphs below are generated by calculating the average from a selection of our most trusted sportsbooks.

Odds as of January 24th at DraftKings Sportsbook.

Max Verstappen won his second Drivers’ Championship in 2022, capturing the title when there were still four races remaining in the season.

Only four men have won the Formula 1 Drivers’ Championship over the past decade.

Drivers across ten different teams will be participating in the competition for 2023. Fernando Alonso will be racing for Aston Martin in 2023, in place of retired four-time champion Sebastian Vettel. Alonso will be replaced at Alpine by Pierre Gasly, whose vacant seat at AlphaTauri will be filled by 2020–21 Formula E champion Nyck de Vries. Former Renault driver Nico Hulkenburg will also be joining Haas in 2023, taking the seat left open by Mick Schumacher. Making their Formula 1 debuts in 2023 are Oscar Piastri, who pairs with Lando Norris at McLaren, and Logan Sargeant, racing on the Williams team with Alex Albon. 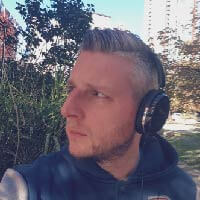