The 10 Most Famous Celebrity and Athlete Sports Bettors in History 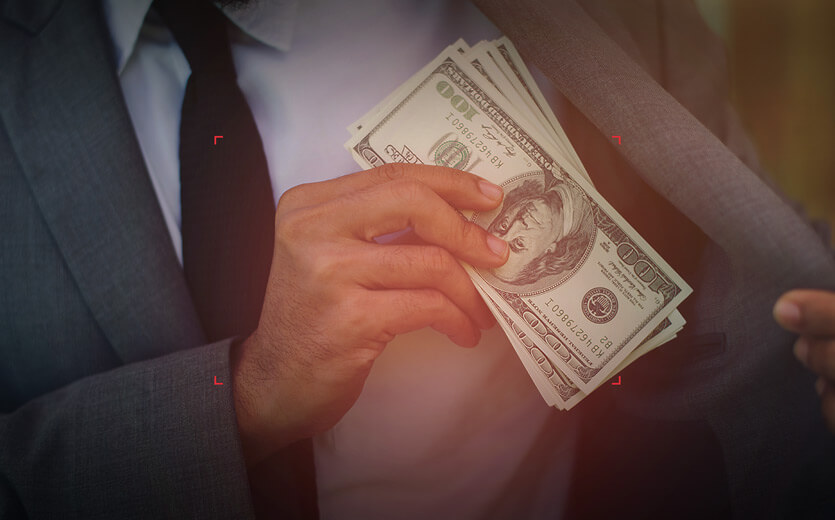 Sports betting is a fun pastime for all people from all walks of life. It doesn’t matter if you’re the guy next door betting a few bucks, or you’re used to treading the red carpets and throwing down a cool million. It seems that the thrill of winning big bucks is enticing no matter how much money you already have!

Check out our list of famous gamblers, including some of Hollywood’s favorite stars and the world’s sporting heroes. Who’s taking huge risks in the world of high stakes sports gambling?

World champion boxing star, Floyd Mayweather (aka ‘Money’) is no stranger to winning inside the ring and out of it. His impressive boxing record is matched by a stellar gambling record, with a $45,000 win after backing Colorado State with a $50,000 bet. He also likes to tweet about his seven-figure bets and posts pics of his betting slips. Humble, eh? But I guess when you’re worth $400 million, this is small change.

Rapper 50 Cent also likes to brag about his big bets. He famously tweeted about a $500K win on the Giants to beat the 49ers. What kind of strategy does someone like 50 Cent follow when placing such crazy sums of money? He listens to the voices in his head of course!

Some times I hear voices in my head they tell me thing. Like bet on th GIANTS so I listen now look http://t.co/k9WGeSbt

Arguably one of the most famous sports stars of our time, Michael Jordan’s gambling record didn’t quite match his court success. Despite a ‘no betting’ code of conduct written into NBA contracts, it was rumored that Jordan’s early retirement from basketball was a secret suspension while his gambling was under investigation.

The Chicago Bulls star admitted to losing millions,  including a $165,000 loss at an Atlantic City casino, and another $1.25 million to San Diego businessman, Richard Equinas, in a round of golf. There are almost certainly more losses we’ll never hear about. Should have stuck to the basketball, Michael!

Charlie may not be a shining example of, well, anything positive. Yet somehow, the man is made of money.

Mr. Sheen was reportedly raking in $1.8 million per episode on Two and a Half Men. The infamous actor, prone to the odd drink and drugs bender, has also been said to have a slight gambling problem. Ex-wife Denise Richards claims that he regularly spent up to $200,000 a week on bets. He was also rumored to be partnered with a sports betting website. Not sure he’s the best endorsement…

In his heyday, Paul ‘The Golden Boy’ Hornburg was a professional American football player and member of four World Champion Green Bay Packer teams (that included the first Super Bowl win). Despite his fame, he was suspended for the entire 1963 season for betting between $100 and $500 on NFL and NCAA games. Small cash compared to the millions staked by today’s standards, but still considered a league no-no.

Rapper (and apparent Pats fan) Birdman recently posted an Instagram involving a $100,000 bet against fellow rapper AR-Ab about the 2018 Super Bowl between the Patriots and Eagles. The bet later rose to $200,000 before the posts mysteriously disappeared…

After the match, AR-Ab posted an Instagram selfie of himself covered in cash, while Birdman’s posts had no mention of the bet. The posts have since been removed, and no one knows for sure whether Birdman ever paid the $200,000 loss. We’re sure AR-Ab wouldn’t let him forget.

Rose, the former Cincinnati Reds player and manager, was the only MLB athlete in history to play more than 500 games in five different positions. He also holds another record, which is far from flattering.

In 1989, Pete Rose was the first person in 40 years to receive a life ban from baseball for betting on the sport. He denied the charges for 14 years, until the release of his 2004 autobiography, ‘My Prison Without Bars’. There, Rose admitted to betting on his team every single game.

In 2013, Kutcher (who replaced Charlie Sheen in ‘Two and a Half Men’) had a little side business going on by placing bets for the largest sport syndicate in the country. The sophisticated operation used Ashton’s ‘dumb actor with a lot of money’ persona as a cover to place big bets on college football until they caught on. Kutcher told Esquire magazine, “We were clearing, like, $750,000 in four weeks of college football. It was pretty fun.”

Despite being the highest paid NHL star in the 90s, Jaromir Jagr still felt the need to supplement his earnings with a little sports betting. Unfortunately, the Czech right winger managed to stack up losses of $500,000 with an online sportsbook.

The website owner, William Caesar, leaked Jagr’s misdemeanor to the press when Jagr stopped making the repayments. He has since started to settle his debts and seems to have put his gambling days behind him.

‘Sir Charles’ has said that he lost about $30 million in sports and blackjack bets before he admitted he had a bit of a gambling problem. He still doesn’t believe he had a problem per se, just that he was betting too much.

After a two-year break from betting, Barkley has now said that he has learned to bet in moderation. Losing thousands is much better than losing millions!

Considering the huge influence of sports betting on all things pop culture, it’s no surprise that so many celebs and pro athletes are keen to lay down a wager or two.

If you’re looking for a laid-back way to pick up a few tips that will help with your own wagers, check out this collection of  sports betting stories or perhaps sit back with one of our favorite documentaries about betting on sports.