The 3 Greatest Underdog Stories of All Time 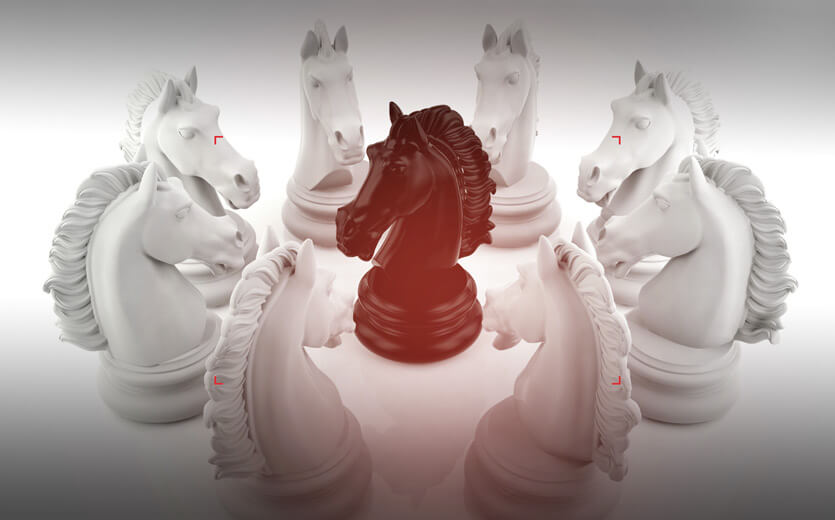 Everybody loves a good underdog story (unless, of course, your team was the favorite or you’ve bet the wrong way)! There’s an extra special joy felt when the predicted loser pulls out all the stops and surprises everyone.

Whether you have a bet riding on them or not, it’s exciting to watch the underdog hold their own. Here we’ll take a look at some of the most memorable David and Goliath stories in sporting history.

As the first female to be signed to UFC, Ronda Rousey was the warrior darling of women’s MMA. It looked like it was going to be another easy win for ‘Rowdy Rousey’, but the events on that November evening in Australia were about to tell a completely different story.

Rousey had been undefeated in her previous 12 matches, and the reigning bantamweight UFC Champion. Going into defend her title against former Boxing champ, Holly Holm, Rousey was easily the clear favorite.

Instead of going in fast and furious as she normally did, Rousey opted for more careful punches. When Rousey tried to deliver her deadly armbar, Holm proved too slippery and avoided the clinch to win the first round. That set a precedent since none of Rousey’s opponents had ever made it that far.

When the Round 2 bell rang, Holm looked calm and in control. Rousey was uncharacteristically ruffled and starting to tire. Holm struck with a swift kick to the head, flooring Rousey to the canvas in a knockout finish. Holm came out of nowhere and took the championship. Her win is still considered one of the biggest upset in UFC history.

No underdog list would be complete without the story of the 1980 Olympic Men’s US Hockey team. Team USA had been performing relatively well in their Olympic matches – especially surprising, considering that the team was made up of college stars and amateurs. But when they met The Soviets – the four-time defending gold medalists – it looked like their fate was sealed.

USA started the game strong, ending the first period with a 2-2 tie. The Soviets scored in the second period, putting them ahead, which was how most thought it would end. Midway through the third period, the United States scored two quick goals to take the lead.

In the final seconds of the game – when it became clear that this underdog team would hold their position – ABC announcer, Al Michaels, cried out what has now become one of the most famous broadcast cries, “Do you believe in miracles? Yes!”

You might be surprised to see the boxing legend’s name on an underdog list, but there was a time that even this sporting giant wasn’t the favorite to win.

In 1967, on his refusal to enlist in the army, Ali was immediately stripped of his heavyweight title and banned from the sport for three years. When he finally returned in 1970, it seemed that the king of the ring had lost some of his gravitas, suffering the first loss of his career on March 8, 1971, in the ‘Fight of the Century’ against Joe Frazier.

Meanwhile, there was a new champ in town, George Foreman. Foreman beat Joe Frazier in 1973 to take the heavyweight title, which he successfully defended twice (first against Puerto Rican heavyweight champion, Jose Roman, and then against Ken Norton). Norton was fresh off of beating Ali, breaking the former champion’s jaw in the process.

In 1974 ‘Rumble in the Jungle’ pitched reigning champ Foreman against Ali. Foreman, aged 25, was coming into the ring undefeated, with a 40-0 record. 37 of those were, unbelievably, knockouts. Ali, on the other hand, was considerably older at 32, and was the 4-1 underdog.

Everyone expected Foreman to make mincemeat of him. Ali’s three-year absence had diminished this “butterfly/bee” effect, but the great still had some tricks left in his boxing bag.

When the fight started, Ali shocked everyone by leaning way back on the ropes, allowing Foreman to hit him. The broadcasters were confused, even suggesting that the match was a fix. What at first appeared as Ali’s madness soon became clear as genius.

By the time the fight was in the seventh round, Foreman was exhausted. He was known for his ability to knock out his opponents in the first couple of rounds, he had never had to go this distance before. Ali’s tactic had tired out the champ, with a technique which would be known as ‘rope-a-dope’.

In the 8th round, Ali saw his chance, coming off the ropes to deliver a left and a right. He sent Foreman face-first to the canvas, knocking him out and winning the title.

Betting on the Underdogs

In addition to being exciting entertainment, underdogs can bring enormous betting success. Check out our guide to betting against the public, learn how to think like a sharp, and make underdog bets that win big money!