The Desert Kid Defying Every Expectation 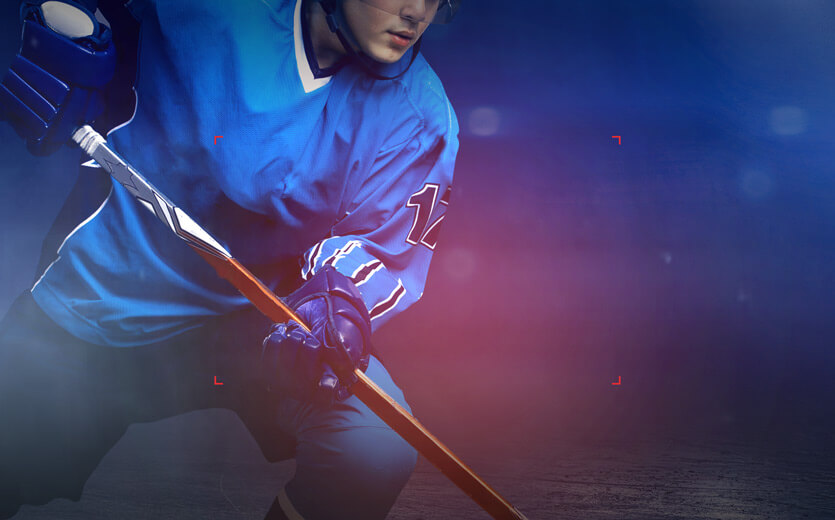 When Maurice Richard started playing hockey in 1935, he probably never thought he’d get an award named after him. When “The Rocket” saw the Montreal Canadiens donate the Rocket Richard Trophy to the NHL in his honor in 1999, he couldn’t have imagined a kid from Arizona would ever take the crown as the league’s top goal scorer.

Arizona doesn’t jump off the map when you think of great hockey players. You don’t have to be a Zamboni driver to know ice doesn’t form well in the desert, and no ice means no ice hockey.

Still, Auston Matthews was unfazed growing up and playing hockey in uncharted territory. The Arizona native is living proof that borders are meaningless when you have enough passion and dedication.

Let’s take a closer look at the path Auston Matthews travelled through the state of Arizona on his quest to defy every expectation. 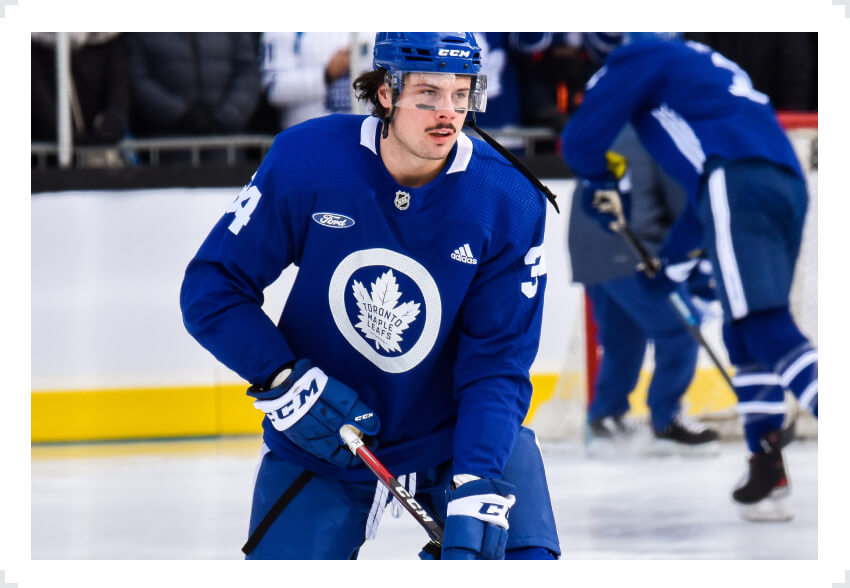 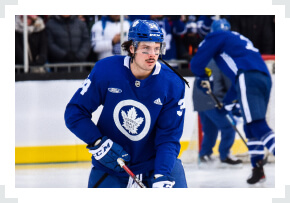 Through just five NHL seasons, Auston Matthews has racked up some impressive accolades:

Let’s dive a little deeper into how Matthews achieved these accolades, with particular focus on the one-of-a-kind path he traveled before reaching the NHL.

Kids who want to play in the NHL have plenty of examples of players who carved paths to the big leagues before them. If you live in a geographical hotbed for hockey players, say Minnesota or Michigan for instance, there’s a good chance you personally know someone who got started down this path.

For a player like Auston Matthews, no such obvious path existed through Arizona. Born in 1997 in San Ramon, California, Auston and his family moved to Scottsdale, Arizona just months later.

Auston’s parents were always supportive of his athletic endeavours, which were mainly hockey and baseball. Auston’s father Brian has even said that baseball was his son’s best sport. America’s pastime would have presented a clear path for the young phenom, as local superstars like Ian Kinsler, J.J. Hardy, and Andre Ethier all made it to the show as native Arizonians. 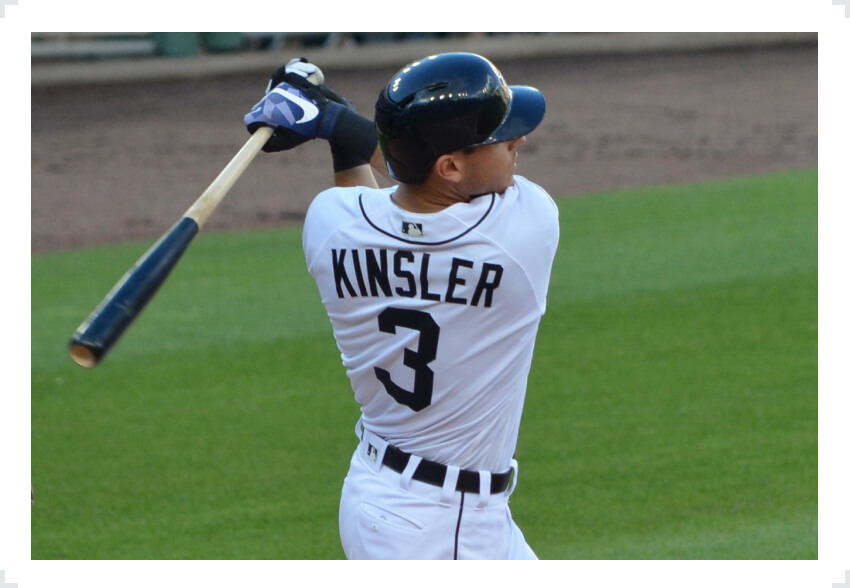 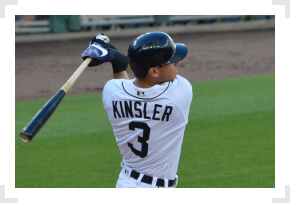 In total, there’s over 100 athletes from Arizona who have gone on to play in the MLB. For kids growing up in the Grand Canyon State, baseball diamonds are a lot easier to find than ice rinks, and the path through professional baseball seems like the obvious choice.

As for notable NHL players from Arizona? The examples are few and far between.

Only three athletes from Arizona had played in the NHL before Matthews was drafted first-overall in 2016:

Fellow Arizonian Matthew Tkachuk was selected just five picks after Auston Matthews in the 2016 draft, but needless to say, these young kids didn’t have many local stars to look up to. Consider the fact that Auston Matthews was supposedly better at baseball than hockey, and number 34’s accomplishments are all the more impressive.

Auston Matthews carved his own path through the desert on his way to being one of the world’s best hockey players, even when other avenues might have seemed like the safer choice.

As a young Auston Matthews began to discover the joys of NHL hockey, he was lucky enough to witness one of the most impressive goals of all-time live and in-person.

Matthews was in the building at the Jobing.com Arena on January 16, 2006 to watch the Washington Capitals take on his hometown Phoenix Coyotes. The visiting Capitals were already up 5-1 when Washington’s acclaimed rookie Alex Ovechkin pulled off something spectacular.

Rushing into the Phoenix zone with the puck, Ovechkin deked past one defender, came crashing down to the ice, and still managed to score with a backhand shot that went around his head. Ovechkin managed all this while sliding across the ice on his back, and it’s no wonder this circus shot is simply referred to as “The Goal.”

You can only imagine this moment left a huge impression on the eight-year-old Matthews. Sure, baseball was a viable option for the blossoming Arizona athlete, but it’s hard to ignore hockey when you see a play like that.

Of course, Ovechkin was playing for the opposing team, so there had to be some level of pain witnessing that goal in a 6-1 blowout on your home ice. The Coyotes franchise has seen its share of struggles, frequently missing the playoffs and facing reoccurring ownership issues. Somehow, that didn’t deter Matthews’ love for the game, even when other sports might have seemed like better options.

If Matthews wanted to go and practice that move after the game, there weren’t many choices for places to skate, and certainly no full-sized rinks to get a feel for what the NHL demands. Instead, Matthews learned the game on small sheets of ice designed for 3-on-3 hockey.

Hockey wasn’t necessarily ignored in Arizona, but with a lack of infrastructure and support for young players, Matthews had to set out on his own path. Maybe that never happens if he doesn’t get inspired watching players like Alex Ovechkin in his own backyard.

As he honed his hockey skills in the desert and grew into a larger frame, Matthews began to turn heads for those working with the USA Hockey development program. He spent two years in Ann Arbor, MI playing with the under-18 team before being faced with another important choice.

For most players going through the USA Hockey development program, there are a couple of clear-cut next steps to take before reaching the NHL. Matthews could have moved on to the WHL to play for the Everett Silvertips or continue to develop his game with the NCAA hockey program.

Once again, the rare talent from Arizona decided to make his own way in a unique situation. One of the hottest prospects in hockey decided to go to Europe and play for the Zurich ZSC Lions in Switzerland. 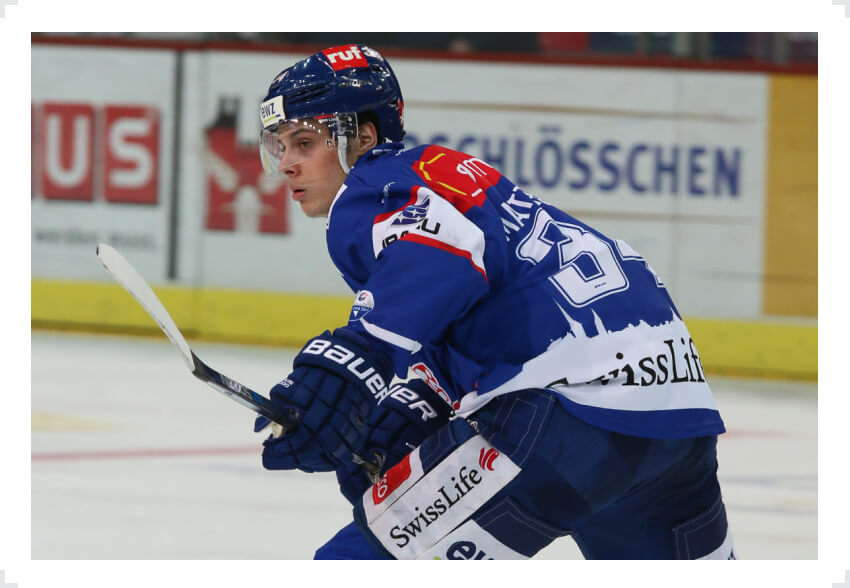 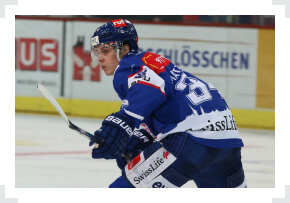 Making the move to Europe instead of joining the WHL or NCAA systems was a big deal for a few reasons. Perhaps the biggest difference is the size of your competition; Matthews elected to go play against full-grown men as opposed to competing against players in his own age group.

The other notable point about this decision is that most European players elect to move to North American development programs when they get the chance. Just like the state of Arizona, there aren’t a ton of players who go through the European system and reach the NHL, and once again Auston Matthews found himself in a unique set of circumstances.

Spoiler alert: that decision was a good one.

With 36 games played, 24 goals scored, and a total of 46 points scored with the Zurich ZSC Lions, Matthews firmly established himself as the top prospect heading into the 2016 NHL Entry Draft. Despite the unconventional route he took through Arizona and Switzerland, scouts were confident in Matthews’ potential to become a dominant centerman in the NHL.

The Toronto Maple Leafs would go on to select Matthews with the first-overall pick, and just like that, the kid who grew up playing hockey in the arid desert suddenly found himself at the center of the hockey world. The Leafs were expecting their rookie desert boy to make an immediate impact for the struggling franchise, and once again, Matthews did not disappoint.

Playing in his first NHL game on October 12, 2016 against the Ottawa Senators, Matthews lit the lamp four times, immediately sending shockwaves of excitement through Leafs nation. Toronto still found a way to lose that game, but Auston Matthews became the first NHL player in the modern era to score four goals in their first game.

Not bad for a kid from Arizona.

Matthews would finish his first season with 40 goals, setting a record for most goals by a Leafs rookie. He was awarded the Calder Memorial Trophy for his efforts, given to the NHL’s best rookie each year. Matthews was the first Leaf to win the Calder since Brit Selby in 1965-66.

The Calder isn’t the only piece of hardware in his trophy cabinet. Matthews won the 2021 Rocket Richard Trophy with ease, scoring 41 goals in just 52 games. As one of the league’s premier snipers, this probably won’t be his last Rocket, and the 23-year-old phenom is also nominated for the Lady Byng, Ted Lindsay, and Hart Memorial trophies in 2021. 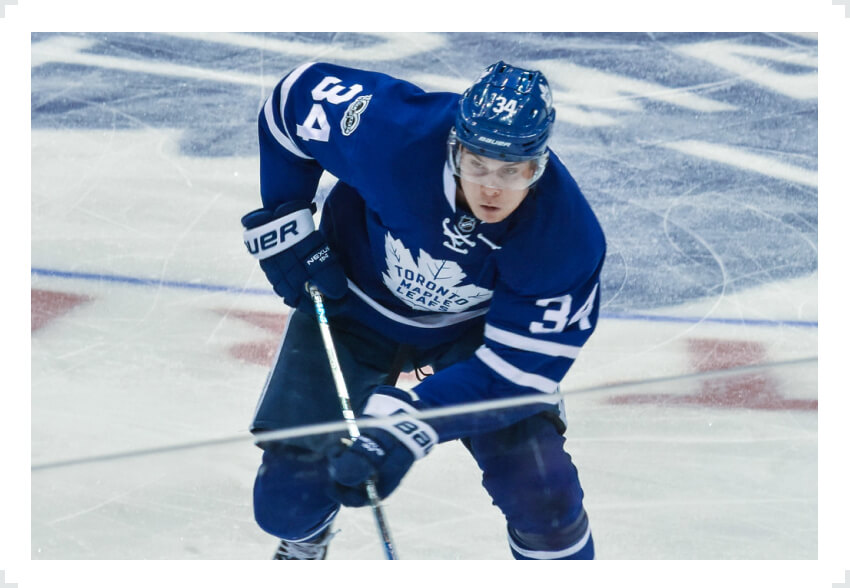 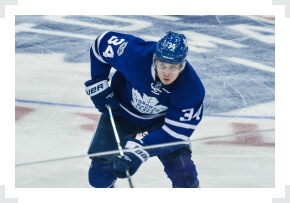 Prior to the arrival of Auston Matthews, the Toronto Maple Leafs had missed the playoffs 10 out of 11 seasons, but apparently all they needed was a kid from the desert. The Leafs have made it to playoff contention every year since (counting the play-in series against Columbus in 2020) and with Matthews under contract for at least three more years, Leafs fans are rightfully expecting more.

If Auston Matthews has been able to prove anything in his life, it’s that he has a penchant for defying expectations. Matthews has repeatedly gone down unknown paths full of pressure and uncertainty, and time and time again, he’s bloomed like a desert flower.

Leafs fans are pessimistic about the future after the team’s first-round exit in the 2021 playoffs, but they should feel confident with a trailblazer like Auston Matthews leading their team. He’s shocked the world before, and odds are he’ll do it again.

Carve Your Own Path with AZ Sports Betting

Fans in Arizona will soon be faced with uncharted territory of their own – legalized sports betting in the Grand Canyon State!

Check out our Arizona sports betting page for all the details you need leading up to the launch of online sports betting in AZ. We’re committed to bringing you everything you need to wager with confidence. The more research you do ahead of the expected September 9, 2021 launch date, the better. We have more articles of interest for you to continue reading if that’s your jam!

Making a responsible wager is the best way to get closer to your favorite games, and you won’t want to miss a moment of the action in Arizona!