The Sporting Events with the Biggest Betting Volume 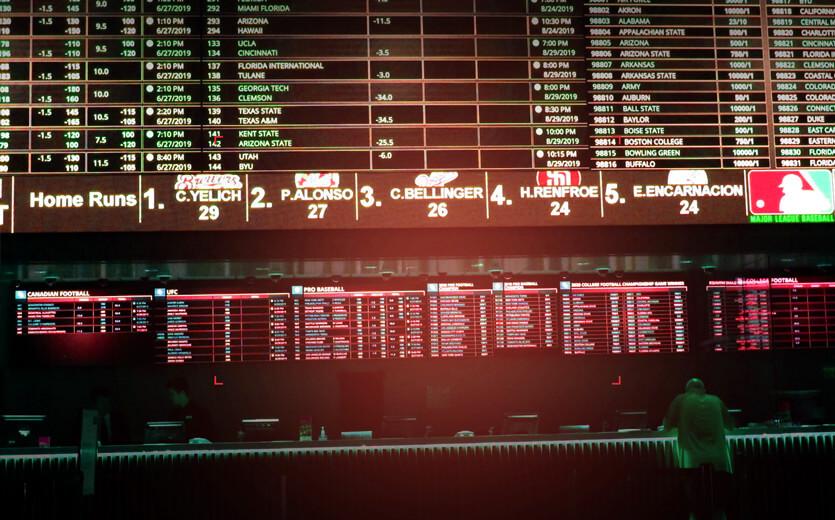 Sports betting is big international business, and by ‘big’ we mean astronomical! The estimated global income for the sports betting industry is somewhere between $700 billion and $1 trillion a year. In 2017, a record-breaking $4.68 billion was wagered in Nevada sportsbooks alone!

What is everyone betting on? Which sporting events take the biggest bucks in the world of sports betting? We’ll take a look at some of the world’s most popular sports and discover just how much money is wagered.

Football (soccer) is the world’s most popular sport, and it makes sense that it pulls in the most money. Each year, it’s estimated that soccer makes up 70% of the above-listed $1 trillion!

The FIFA World Cup is the ultimate tournament in the football calendar, occurring every four years. Despite a runtime of just one month, the World Cup provides an enormous amount of betting opportunities.

The competition kicks off with 210 countries participating in the qualifying rounds, then battling it out through different stages to make the final 32. Bettors from around the world are able to place wagers each step of the way. Although there aren’t any official figures as to how much is bet worldwide during the entire tournament, it’s estimated to be more than $260 million.

If we focus on the American scene, the National Football League is king. Bets on the NFL make up almost half of all sports bets placed, with the Super Bowl being the single most popular betting event during the sporting year.

The 2018 Super Bowl LII, which saw the Eagles stick it to the Patriots, brought in a record-breaking $158.6 million worth of wagers at Nevada sportsbooks. This staggering figure broke the record of $138.5 million wagered during the Super Bowl LI the previous year.

Of course, these are only the official (legal) figures. According to estimates made by the American Gaming Association, the real total wagered was likely in the region of $4.76 billion.

The NCAA tournament is one of the highlights for sports fans and bettors alike. 68 teams battle it out through seven single-elimination rounds in one month with the hope of being named national champions.

Figures from the American Gaming Association (AGA) predicted that more than $10 billion would be wagered on the 2018 NCAA men’s basketball tournament. A mere fraction of that amount (3%) was probably bet legally.

However, considering that betting is legal in only one state then $300 million total bets on one sporting event is madness!

The Kentucky Derby is one of the most important horse racing events in the United States and is, in fact, one of the longest-running sports events in the country. The event takes place on the first Saturday of May at the Churchill Downs racetrack in Louisville, Kentucky.

The ‘Run for the Roses’ (also known as ‘the fastest two minutes in sport’) draws a crowd of more than 150,000 spectators to the racetrack. This isn’t even counting the huge number of home viewers: The 144th Kentucky Derby pulled in 16.2 million viewers on NBC.

Churchill Downs reported record-breaking wagering with $209.2 million in bets over the 14-race card. The main race alone pulled in over $139.2 million in wagers, breaking the previous record of $137.9 million set in 2015.

Keeping with the equestrian theme, The Grand National is Britain’s own horse-racing extravaganza. It’s reportedly one of the world’s most challenging horse-races, with two laps of a racetrack which is 4-mile 514 yards (6.907 km) long and includes 30 jumps.

It’s a hugely popular event that’s attended by members of the Royal Family, as well as other A-list celebrities. In addition to seasoned horse racing enthusiasts and betting pros, it draws in upwards of 600 million viewers, making it the most watched TV event in the world.

It also beats the betting figures for our own Kentucky Derby. The 2017 Grand National reportedly saw wagers totaling £300 million, which is roughly $400 million!

The figures in sports betting are staggering, to say the least. Bet big or bet small, it all adds up to a multimillion-dollar industry. Of course, there are those professional bettors who seem to live by the motto ‘bet big or go home’. Discover the biggest bettors in history right here.