The 8 Wildest March Madness Upsets Ever 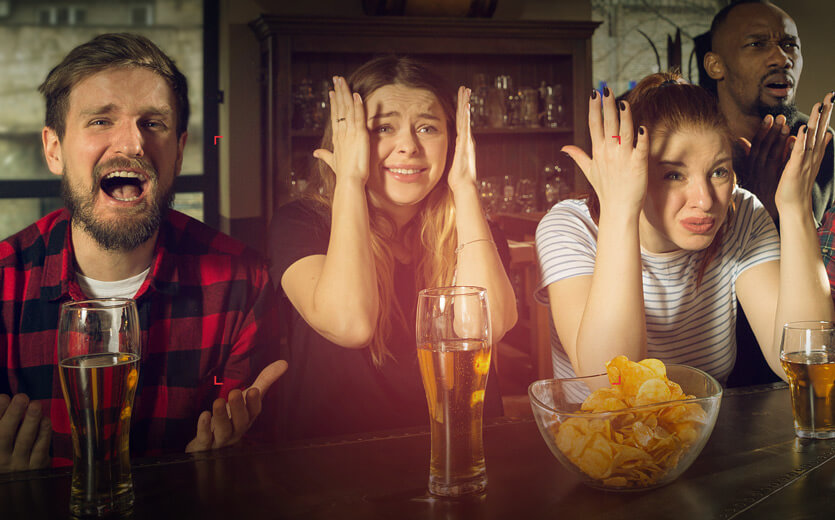 After all, what would March Madness be without a few surprises? If favorites won every game, there’d be no point in watching the NCAA Men’s Basketball Tournament.

The essence of college sports is that the players are still kids at heart. Extremely talented kids, no doubt, but kids nonetheless.

These aren’t hardened pros who’ve seen every scenario and know how to weather the storm when momentum turns against them. This makes for some shocking results when the pressure of the tournament is in full swing.

In fact, it could be argued that upsets put the madness in March. These are the biggest in history.

The Wildcats were loaded with six future NBA players led by Damon Stoudamire. Arizona went 24-3 during the regular season, including a 19-game win streak and 17-1 conference slate on their way to the Pac-10 title.

The Broncos were an unimpressive 15-11 during the regular season. Santa Clara even lost by 29 points to Stanford, who were the last place finishers in the Pac-10 that year. But somehow, they found their game and won the West Coast Conference tournament.

Santa Clara suited up just one future NBA player, a freshman guard from Canada named Steve Nash. On this night, the Broncos bucked the odds. They held the Wildcats to 31 percent shooting and edged Arizona 64-61.

The mighty Blue Devils were 27-7. They came into this first-round matchup favored by 12.5 points over the Mountain Hawks, second-place finishers in the Patriot League.

Duke was missing top 3-point shooter Ryan Kelly due to a foot injury, and his absence would prove crucial. The Blue Devils hit just six-of-26 from beyond the arc.

Meanwhile, future Portland Trail Blazer CJ McCollum was on fire for Lehigh. He scored 30 points as the Mountain Hawks became just the sixth 15-seed to advance in tournament history by virtue of their 75-70 victory.

The Jayhawks and Sooners both played in the Big Eight. But a shared conference was their only commonality during the 1988 season. Led by Mookie Blaylock, Harvey Grant and Stacey King, conference champion Oklahoma was 35-3, averaged 100 points per game, and won on average by 20 points a night.

The Jayhawks, 18-11, lost twice to the Sooners during season play. They lost eight of their last 17 games going into the tourney. But with Danny Manning putting back 31 points and pulling down 18 rebounds, they won 83-79, engineering one of the greatest upsets in March Madness memory.

The Patriots donned their Cinderella slippers early, winning their first two tournament games over Michigan State and North Carolina. With this victory over the Huskies in the East Region final, George Mason became the first double-digit mid-major to reach the Final Four.

Facing a UConn team that would provide six 2006 NBA draft picks, George Mason trailed by as many as 12 points at one point in the game.

Nonetheless, they squeaked out an 86-84 triumph. The Patriots had never won a March Madness game prior to that tournament.

The Spartans were 21-point underdogs. They’d gone winless against major conference schools that season, including a crushing 31-point defeat to Marquette.

If you are familiar with the name Max Abmas, it’s almost certainly because of what happened at Mackey Arena in West Lafayette, Indiana, one cool March evening in 2021. The leading scorer in DI was a complete unknown before he led tiny Oral Roberts, a #15 seed, past #2 Ohio State in the South Regional as 15.5-point underdogs.

Abmas (pronounced Ace-mas) and ORU went toe-to-toe with Ohio State for 45 minutes (including OT) and emerged with a 75-72 victory.

Both the Wildcats and defending NCAA Champion Hoyas were from the Big East, so they knew each other well. Georgetown beat Villanova twice during the regular season, but both games were hard-fought affairs. Still, the Hoyas tipped off as eight-point favorites.

In what’s often referred to as the perfect game, Villanova shot .786 from the field (22-of-28). Dwayne McClain scored 17 points and Ed Pinckney tallied 16 as the Wildcats beat Patrick Ewing and the Hoyas 66-64.

The first and only 16-seed to take out a top-seeded squad, the Retrievers didn’t just upset the Cavaliers – they crushed them. Jairus Lyles scored 28 points and UMBC won 74-54.

Virginia wasn’t merely a top seed. The Cavs were considered the chalk to win the tournament. They were 31-2, ranked #1 in the nation, and had lost just one game since December.

When this contest tipped off, #1 seeds were 135-0 against #16 seeds in NCAA Tournament history.

Busting Out Some March Madness Upsets

Now that’s some March Madness for you. It just goes to show that the one-game winner-take-all format of the NCAA Tournament means you can often throw the form charts out the window.

March Madness matchups are often like Forrest Gump’s box of chocolates. You just never know what you’ll get.

If you’re looking for more upsets, historic wins, and devastating losses, check out the rest of our sports betting stories section.