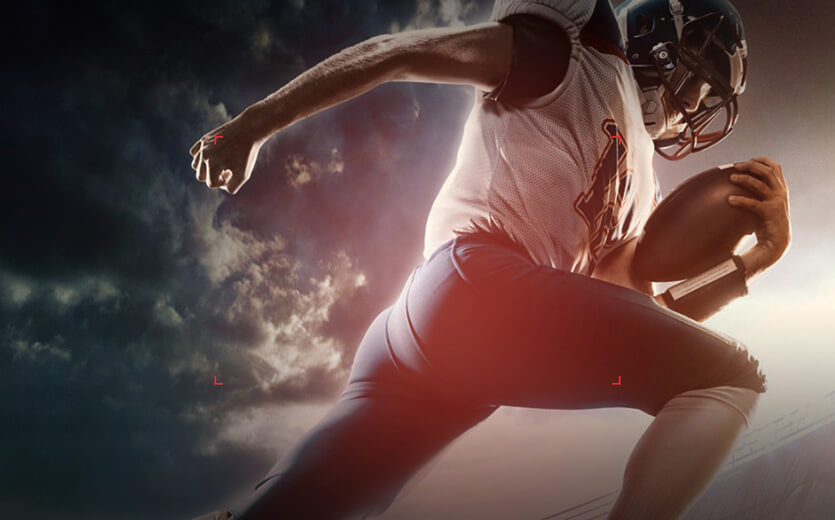 The largest point spreads in NFL history make for interesting conversation and even more interesting wagers.

While it’s not terribly unusual to see one or two spreads in double digits each week, the key numbers in football are on the lower end, and most football spreads are set at less than seven points.

But despite the level of parity in the league today, every season has heavy favorites and major underdogs.

Let’s look at the biggest NFL point spreads in recent history and which side covered each.

2020 has been an unusual NFL season for many reasons, but the Chiefs have shown they don’t need a raucous crowd to continue their momentum after taking the 2020 Super Bowl in the last NFL game played in a crowded stadium.

After opening the season 6-1, the Chiefs set an historic spread against the flailing Jets, who at 0-7 are the sole remaining winless team this NFL season.

While the line continues to be bet down, there’s little doubt that this lopsided matchup will go down as one of the biggest point spreads in modern NFL history.

1976 was a year of firsts for the Tampa Bay Buccaneers. It was the team’s first season in the NFL. First season under head coach John McKay. First season at Tampa Stadium.

It was also the first time an NFL team played an entire season without winning or tying a single game. And by the time the final game against a seasoned 10-3 Patriots squad rolled around, the public and bookies didn’t like the Buc’s chances very much.

Up by a touchdown at halftime and tied after three, most of the game was much closer than expected. Then the Pats put 17 points on the board in the fourth quarter, driving a nail through the coffin of a truly disastrous inaugural season.

But hey, at least the Bucs covered this one.

Going into Week 7 of the 2007 season, the undefeated Patriots travelled south to take on the winless Miami Dolphins. Coming off an impressive win against a powerhouse Cowboys squad, the books liked New England’s chances to post huge margin in this game.

Things got off to a fast start, with the Pats completing an 80-yard drive with a 30-yard touchdown pass. The throw would be one of six TD passes Tom Brady threw; a Patriots record at the time. He earned a perfect passer rating during the game for the first time in his career.

The Patriots continued to a nearly undefeated season before losing to the Giants in Super Bowl XLII.

Three weeks into their second NFL season, the Tampa Bay Buccaneers still had not won a single game.

Needless to say, their chances didn’t look good on the road against a Cowboy’s squad that would go on to win the Super Bowl that year.

The Cowboys took a commanding 17-0 lead in the first quarter, but the Bucs returned a second quarter fumble for a lone TD to cover the spread.

The 1987 NFL season was colored by a Player’s Association strike that saw most starters sit out.

While most teams – including the Atlanta Falcons – used replacement players during the strike, key 49ers stars crossed the picket line and continued to play. Joe Montana and Jerry Rice took the field in Atlanta, playing before less than 10,000 fans in one of the most poorly attended games in history.

Shockingly, the Falcon’s rag-tag crew of replacement players held their own against some of the league’s biggest names, keeping the score to 25-17 and covering the huge 24 point spread.

1993 was the 49ers’ first season without legendary QB Joe Montana, but they managed an impressive season nonetheless.

Facing a 1-10 Bengals team at home in Week 14 seemed a sure blowout for the Niners as 24 point favorites. David Klinger’s underwhelming NFL debut further moved public opinion behind San Francisco.

Coming off a win in LA the week prior, Cincinnati managed to cover the spread with an 8-21 final score.

The 2007 Patriots appear as favorites on the list of biggest NFL point spreads twice, speaking to the utter dominance of this squad during their undefeated regular season.

Brady and crew’s Week 12 matchup against Philadelphia nearly put a dent in this golden record, despite the fact they were favored by a staggering 25 points going into the matchup.

Eagle’s starting QB Donovan McNabb was out with an injury, but backup A. J. Feeley showed his chops with an impressive performance that put 28 points on the board.

The Pats held on by just a field goal to win 31-28, falling far short of expectations despite their advancement to 11-0 on the season.

The 1976 Bucs are the other team to find themselves listed twice here, albeit on the opposite side of the equation as the 2007 Patriots.

By the time they hit the road to face the Steelers in Week 13, sportsbooks and football fans had taken note of the weaknesses underlying Tampa’s 0-11 record.

Pittsburgh needed the win to clinch a playoff berth and did so effectively by holding the Buccaneers to just 85 yards as they scored 42 points in three quarters.

The 42-0 victory made the Steelers the only team in NFL history to cover a spread of more than 20 points.

Months before the Denver Broncos were humiliated in Super Bowl XLVIII, they were the hottest offense in the NFL and undefeated as they welcomed a winless Jacksonville team to the Mile High City.

Going into the game, the 2013 Broncos were averaging 46 points per game vs the Jag’s 10.2, which helps to explain the 28 point spread, the biggest in football history.

Things looked good out of the gates as Denver took a 14-0 lead in the first quarter. The Jaguars soon exceeded expectations, however, and were down by just two at the half.

Even after putting up another 21 points in the second half, the Broncos didn’t come close to covering this historic spread thanks to a generally solid performance by the Jacksonville defense. The game’s final score was 35-19.

If there’s a lesson to be learned here, it’s that huge favorites are highly unlikely to cover massive spreads.

It’s important to remember that point spreads are not the oddsmaker’s prediction for the margin of victory. They are formulated to entice relatively equal action on each side of the wager.

When one team is a prohibitive favorite in the eyes of the sports media and public, the sportsbooks are often forced to offer excellent expected value on the underdog to even out the money coming in. That’s how you end up with the biggest point spreads in history.

If you happen to see a spread over 20, history and basic math both suggest you take the underdog.

Sports Betting Dime has a vault of historic sports betting stories for your enjoyment.

You’re sure to find a few betting insights lurking within the tales of others, both good and bad.