The Rise of Daily Fantasy Sports (DFS) and Sports Betting 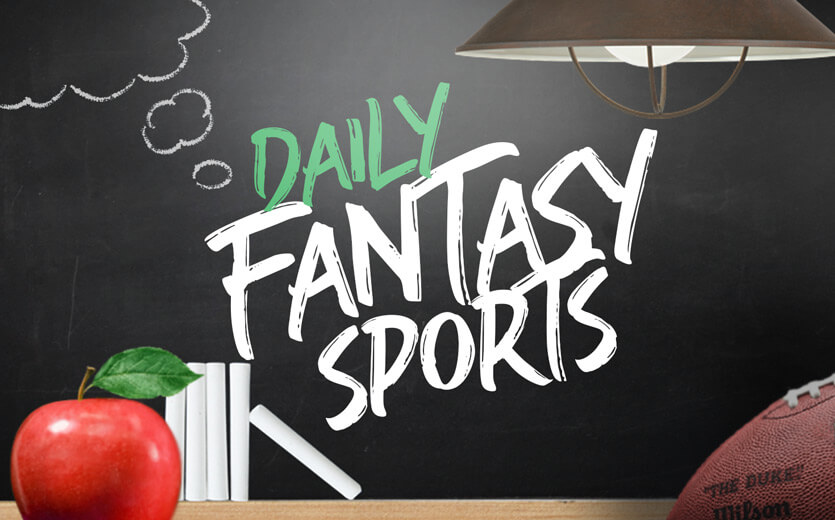 In this article, we’ll break down where DFS come from, and how they’ve managed to enjoy such a meteoric rise in popularity. We’ll also compare them to traditional sports betting and determine whether DFS has to potential to eclipse sports betting any time soon.

Where Do Daily Fantasy Sports Originate From?

The birth of daily fantasy sports started with sportswriter Daniel Okrent in 1980. He invented the concept of a “fantasy baseball league” over a few beers with friends, and the concept grew quickly among avid sports fans. Soon, fantasy sports expanded beyond baseball to other sports and leagues.

By 1984, a publication called the Fantasy Football Digest emerged, which marked the first formal declaration of rules, strategies, and tactics for fantasy sports. From there, during the mid-1990s, USA Today introduced a dedicated weekly column in their sports section, and the Fantasy Sports Trade Association was founded in 1999.

In the first iteration of fantasy sports, the focus was on fantasy sports as a hobby. It was a way to keep in touch with a group of friends, and a method to build a community among sports fan. In the majority of cases (before the age of daily fantasy sports), it was the trophies and bragging rights that were coveted, not the financial payoffs.

Fantasy sports became so popular that FX aired a TV show centering around a group of friends in the same fantasy league. The League was critically lauded and ran for 7 whole seasons, from 2009 to its finale in 2015.

However, the introduction of Daily Fantasy Sports in 2007 changed the way people thought of and played DFS. Just like how the internet transformed how people bet on sports, it drastically altered how people played these too.

How Do Fantasy Sports Work?

Okrent’s idea for a fantasy league centered around fantasy players (usually called managers) drafting a team of current professional players onto their rosters at the beginning of the season. They maintained their teams throughout the professional season by adding, dropping, or trading players with other managers.

Understandably, fantasy sports managers need to have a depth of sports knowledge and research in order to have a successful team. From the start, fantasy sports have had a reputation as a skill-based enterprise.

How Are Fantasy Sports Scored?

Scoring is based on a compilation of points gained, based on selected player’s statistics within the sport. For baseball, a player would be rewarded for home runs. For hockey, it comes down to goals. In football, touchdowns and field goals provide points. Obviously, the winner of the league is the person who has the most points, meaning the players with the strongest statistics.

Fantasy sports can be infinitely customized to the preferences of the particular league, but the basic principles underlying scoring, drafting, and roster modifications are similar regardless of the particulars. If you’re curious to discover more about the nuances of fantasy sports, ESPN has an excellent guide.

While DFS is similar to regular fantasy sports in many aspects, the fundamental differences are the timeline and number of people that managers compete against. In daily fantasy sports, the prizes are generally harder to win, but much, much more lucrative. Prizes for a single competition can go above $100,000!

As such, the time commitment with DFS is much smaller and, if you’ve got a lousy team, you’re allowed to create a brand new one every day. Daily fantasy sports are essentially season-long contests, shrunk into a single day.

These are fantasy sports for the kind of person who might be attracted to a sports bet on the moneyline, or a bet against the spread. It’s for the type of person who’s anxious to find out whether they’ve won or lost, and DFS action provides that info by the end of every day.

Where season-long fantasy is limited to a small pool of people (generally friends or co-workers), DFS managers can compete with hundreds, thousands, or even millions of people in one day. The competition is fierce, but many players are attracted to the unique challenge this offers. With so many people playing, winning in daily fantasy sports is extremely difficult, and takes a lot of skill than traditional fantasy sports.

As we mentioned earlier, the prizes for winning in DFS are much higher than season-long competitions among friends. Daily fantasy sports even have their own versions of sharps, and with some managers being so successful that they’ve created entire careers of fantasy sports.

The most common version of DFS involves managers selecting both the sport and particular daily contest they want to enter. Different daily competitions have different rules and regulations. Underdog Fantasy is DFS app that is taking North America by storm, from Pick’em and best ball games and a juicy sign-up promo to get you started.

From there, managers draft a group of players in their selected sport that have to fit under an arbitrarily imposed salary cap. Usually, players are assigned a random cap hit, which depend on a variety of factors, ranging from pedigree to recent performance.

Once they’ve picked a team, managers have to wait for the real games to start, then watch how their team fares against competitors. The specifics of the scoring will vary by contest, but they’re based around points gained for player’s statistics.

If the manager’s team wins (or finishes in, say, the top 10), they’re rewarded with cash. Of course, the size of the cash payouts varies, based on how much it costs to enter, and the specifics of how the contest is structured. A DFS contest that requires $5 to join will have a much a lower payout than one that costs $100.

The Internet Makes the Growth of Daily Fantasy Sports Possible

The massive advertising campaigns of daily fantasy sports outfits have paid off, and it’s estimated that by 2021, daily fantasy sports will be a $5.1 billion industry. Currently, there are over 4 million DFS managers a year, and the dedicated following only continues to grow.

Ultimately, the accessibility and visibility of fantasy sports have done wonders for its popularity.

DFS owes a lot not only to the internet but the era of online sportsbooks. In fact, the infrastructure of daily fantasy sports (mobile platforms, deposit methods, UX and UI experiences, etc.) are directly inspired by many of the highly respected online sportsbooks that we review.

Free-to-play sportsbooks are also increasingly popular, allowing bettors to get the full sports betting experience with risking their hard-earned cash. Try SBD Play if you want to get in on the action without any of the risk.

Strategies that Can Help With Sports Betting and Daily Fantasy Sports

To be a successful DFS player requires sports research and knowledge, which is transferable to the realm of sports betting. We’ve compiled a great list of statistical resources for sports betting here, which are equally beneficial to a daily fantasy sports player. Use the latest Underdog Fantasy promo code to obtain a sweet DFS sign-up bonus.

If you’re curious as to why daily fantasy sports have remained beyond the purview of federal law enforcement for so long, but sports betting hasn’t, check out our guide here.