The Internet Age: Legislation in the Era of Online Sportsbooks (Part III) 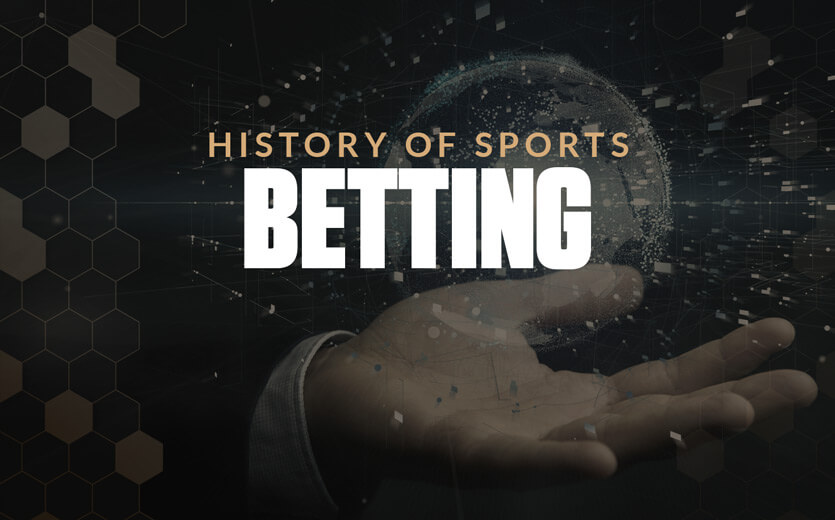 In part one and part two of our series on the history of sports betting legislation, we’ve discussed how sports betting has been involved with everything from financing the Revolutionary War to a Kennedy assassination conspiracy.

In our third and final installation, we’ll take you through the golden era of sports betting: the age of online sportsbooks. Beginning with Professional and Amateur Sports Protection Act in 1992 and concluding with the latest Murphy v. NCAA ruling in 2018, we’ll show you how and why online sportsbooks have blossomed within the legal landscape of the United States.

In this history of the online era of sports betting, PASPA is perhaps the single most significant piece of legislation. Despite riding a wave of positive legislation since the 1970s, sports betting took a major hit when Congress ratified PASPA in 1992. The act expressly prohibited states from either allowing or offering any sports betting services related to either professional or amateur sports. Sponsoring, operating, advertising, promoting, licensing, or authorizing any kind of sports betting was explicitly made illegal by the federal government of the United States.

Excluded from PASPA was betting on jai alai, as well as most types of horse racing and dog racing. Additionally, the sports lotteries (which only offer parlay bets and charge a premium vigorish) in Delaware, Oregon, and Montana were exempt from these restrictions on sports betting.

Most importantly, the entire state of Nevada was exempt from PASPA, as they were “grandfathered” out of the effects of the legislation. Vegas sportsbooks were still allowed to take
bets on the full span of sports.

Paradoxically, now that sports betting was restricted outside of Nevada (and a few poorly-constructed lotteries in three other states), it began to blossom in different forums. In 1996, pioneers at an Austrian-based sportsbook used the internet to legally connect sports bettors and bookmakers.

On January 17th, 1996, Jukka Honkavaara made history by placing the first-ever wager online, across state borders. Despite his $50 bet winning him a meager payout of $2, it was perhaps the single most significant event in the history of sports betting. Online sportsbooks quickly became the missing link in growing a multi-billionaire global industry.

It didn’t take long for online sportsbooks to start offering services to countries all over the globe, including bettors in the United States. Because these sportsbooks had zero physical parts of operation (online servers, staff, or banking) on American soil, they could reach US sports bettors without fear of legal repercussions.

2000: Amendment to the Interstate Horseracing Act 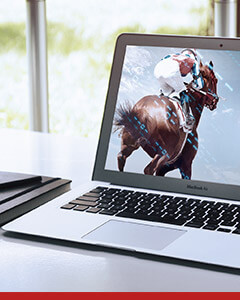 The next major advance for the legal status of sports betting in the United States came in 2000, as an amendment to the 1978 Interstate Horse Racing Act.

Rather than place further restrictions on sports betting, Congress ruled in favor of bettors. Much to the chagrin of the US Department of Justice, the legal definitions of interstate off-track betting were expanded to cover bets made over the phone, as well as on computers and smartphones. This 2000 amendment made Simulcast Racing possible, which has grown into a $4 billion industry in the United States.

Of course, bettors had to follow the conditions imposed on them by the original Interstate Racing Act: Gambling needs to be legal in the state the bettor is located, as well as the state where the bet is received.

In 2006, online sportsbooks received a setback in the form of the Unlawful Internet Gambling Enforcement Act, passed by the federal government in 2006. Interpretations of UIGEA vary, but we break it down in our comprehensive guide to explaining sports betting’s legal status.

UIGEA criminalized the act of accepting money from any person who was a part of an unlawful online gambling operation occurring on US soil. The bill did not explicitly prohibit online gambling in and of itself, but instead targeted financial transactions involving online sports betting. The chief purpose of UIGEA was to drive online video gambling websites (particularly poker sites) off US soil. However, it also drove out the remaining sportsbooks which were attempting to base a portion of their operations within the United States.

Online sportsbooks responded by ensuring that they were compliant with the laws of their licensing regions and removed any vestiges of their business that had any direct legal or financial connection to the United States.

Sports betting was back in international news during a disagreement between Antigua and the United States.

In 2003, the Caribbean nation complained that US law (which dictated that only US-based companies were allowed to take online bets on horse racing) was against the principles of their commitments to the WTO.

Antigua made a compelling case that US restrictions were a violation of the US’s commitment to the principles they were bound to by virtue of membership to the World Trade Organization (WTO). Antigua’s lawyers argued that the restrictions – which barred Antigua from the online horse racing market – were not only unjust, but a massive detriment to their small and undiversified economy.

Because the online betting industry is such an integral part of Antigua’s economy, the effects of the US restrictions on Antigua were outsized.

In 2005, The World Trade Organization ruled in favor of Antigua. As such, the international trade organization ordered that the US pay Antigua $21 million in reparations for each year they shut Antigua out of the market for online horse racing bets.

The US appealed the decision, invoking a “morals defense,” which stipulated that online sports betting should be restricted on the grounds that it corrupts US citizens’ morals. The WTO resolutely rejected this tenuous argument and ordered the US to pay Antigua for unfairly restricting their access to the US market.

Despite the WTO’s ruling, the US refused to pay up. The WTO subsequently authorized Antigua to lift payments on US intellectual property, meaning that Antigua was allowed to sell US movies, music, and other such similar goods without having to pay the US the regular copyright fees.

While this would have made up a significant portion of the $21 million settlement owed to Antigua, they elected to take the high road. Antigua’s government representatives stated that, while they felt deeply wronged by the US, they did not want to make the individual copyright holders suffer. This admirable display of restraint by Antigua drew many, even within US borders, to their side.

This dispute drew the ire of not only the WTO, but a large contingent of the international community. It convinced many that the US’ arbitrary restrictions on online sports betting were reaching the point where they were harming developing economies. The US could put forth no justifiable reason for their hard stance against sports betting.

The dispute between Antigua and the United States was thrust back into the spotlight when Antigua demanded their rightfully owed reparations after being devastated by Hurricane Irma in December 2017. The small nation needed these funds to assist in the expensive process of rebuilding and repairing their infrastructure.

Presently, the conflict has yet to be resolved, despite continuous pressure from Antigua’s government. Hopefully, with PASPA being overturned (more on that below), the US will recognize their errors and pay the money owed.

In May of 2018, the Supreme Court of the United States ruled against PASPA, overturning the federal ban on sports betting. In the widely anticipated judgment, SCOTUS ruled that PASPA violated the 10th amendment of the Constitution, as it illegally commandeered individual state’s authority to regulate sports betting.

We wrote a whole article on this decision when it came out, but the bottom line is this: A federal ban on sports betting is now a thing of the past in the US. It’s now up to individual states to decide how to regulate sports betting within their borders.

If this is an issue you’d like to keep tabs on, we’ve created a legalization tracker that monitors each US states’ progress in legalizing sports betting.

If you’re feeling well versed in the history of sports betting legislation, you get started with some of the legitimate, licensed sportsbooks we thoroughly review. Otherwise, you can check out some of our other articles within out legal guides to learn more about sports betting’s status in the eyes of the law.

After all, your sportsbook has a little bit more texture when you know that it’s the product of hundreds of years of American history!