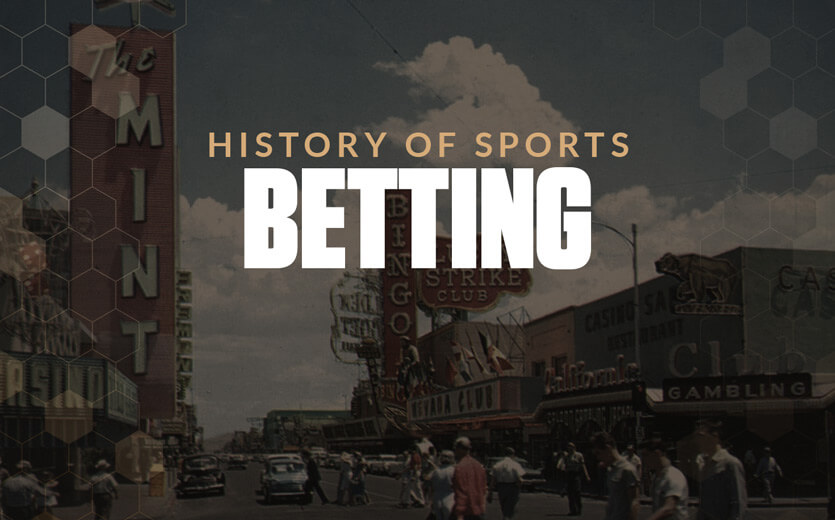 In our first installation of the history of sports betting legislation in the United States, we outlined the significant events surrounding sports betting, spanning from the American Revolution all the way to the introduction of legalized gambling in Nevada in 1931.

In Part II of our three-part series, we take you through all the significant legal milestones, starting with the first licensed US sportsbook in 1949 and ending with Congress’ ruling in favor of sportsbooks in 1984.

On the heels of the Vegas’ success – and following the legalization of gambling in 1931 – an intrepid group of bookmakers petitioned the state of Nevada to let them open sportsbooks in the state. They were ultimately successful, and in 1949, sports betting was made legal in Nevada. Bookmakers were given permission and legal authority to accept bets on all professional sports (NFL, NHL, MLB, and the NBA), in addition to horse racing.

This was also the first legal conduit for bettors to place bets on horse racing beyond the confines of the horse racing track itself. While a seemingly small detail, this would have enormous implications for the future of legitimate sports betting.

This piece of legislation kept sportsbooks from being a viable business, and ultimately drove the majority of sportsbooks underground, and away from legitimate, regulated channels. With such a hefty tax, legal sportsbooks couldn’t compete with the black market, and the mob began to dip their fingers into the world of sports betting.

With the majority of sportsbook shuttered, organized crime took over. Someone had to fill the immense void that existed as a result of the lack of legal, regulated sportsbooks, and this was done by the mob.

A huge part of President John F. Kennedy’s platform as President was to stamp out the outsized influence that the mob had on both the American economy and society. As such, he passed the Wire Act in 1961, which took aim at sports betting rings across the country by targeting racketeering. 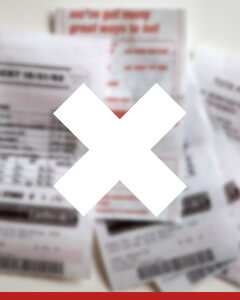 The act made it expressly illegal to use wire communication (phones, telegrams, and other means) to pass information that assisted in betting on sports, or that communicated debts and credits related to sports betting. It was designed to cut the proverbial “wire” on the transmission of sports betting information across state lines. This didn’t sit well with the mob kingpins who lived in one state and oversaw a betting operation in another.

One of the many conspiracy theories about the assassination of John F. Kennedy revolves around organized crime. Many have speculated that the mob had JFK killed due to his desire to target and shut down the mob. The Wire Act of 1961 was part of a larger body of unprecedented measures that the President took to destroy organized crime.

Was sports betting indirectly related to one of the most notorious conspiracies in human history? We’ll never know for sure, but it’s possible.

Part of the same legislative package as the Wire Act, the Travel Act criminalized the use of federal mail to transport any materials relating to illegitimate sports betting. This was part of the government’s strategy to reduce the means through which organized crime could communicate across the US. 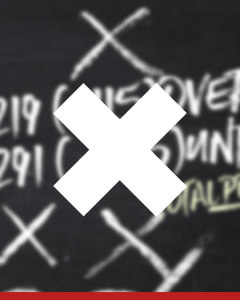 This section of the Wire Act made it illegal to cross state borders with materials relating to relating – or stemming from – illegal sports betting.

It extended to tickets, bills, tokens, writing, slips, or other paraphernalia that was specifically related to (or engineered for use) in sports betting.

After a series of bills that seriously hurt sports betting in the United States, things finally started to perk up in 1974, when the 10% tax on sports betting was rescinded to 2%.

Thanks to a charge by Nevada Senator Howard Cannon, the reduced tax caused legitimate sportsbooks to flourish once again in Las Vegas. He persuasively argued that, with a reduced tax, more sportsbooks would open. He affirmed that the revenue generated for the federal government at 2% would be higher than at 10%, and successfully convinced lawmakers to prove him correct.

With the lower tax rate, legal sports betting was once again an economically viable business for bookmakers.

1975: First Sportsbook Opens Inside of a Vegas Casino

On the back of the lower tax rate, Frank Rosenthal managed to convince lawmakers to allow sportsbooks inside of casinos. Rosenthal ran Stardust Casino, which was the first to feature a brick and mortar sportsbook within its boundaries. Frank Rosenthal’s life and relationship to gambling and sports betting was the subject of Martin Scorsese’s 1995 film Casino, which is one of our five favorite movies about sports betting.

Shortly after, nearly every casino in Las Vegas had one. The division between legitimate casinos and sportsbooks established within the Turf Clubs of the 1950s was a thing of the past. Sports betting became more integrated into Vegas’ betting infrastructure and began to lose some of its stigma as a niche or illegitimate activity.

This bill sought to regulate and legalize inter-state horse racing. It established a set of rules for bettors who wanted to gamble on horses across state lines. In practice, this meant that a bettor who lived where gambling was legal (under state law) could now legally bet on a horse race occurring in another state. This dramatically expanded the size of the horse racing betting industry.

Previously, this type of activity had been prohibited by the Wire Act of 1961. However, the original Wire Act was made with the express political purpose of targeting organized crime. No longer seeing significance between organized crime and horse betting, legislators granted bettors a legal loophole around the provisions of the Wire Act. They believed that the influence of organized crime had abated, so restricting betting across state lines was prohibitive to the constitutional freedom of Americans.

The Interstate Horse Racing Act is also what led to simulcast racing legal, a sport which is popular even today.

In 1979, the Seminole Tribe in Florida opened a commercial gambling entity on their reservation. Because their reservation was technically beyond the purview of multiple facets of state and federal law, they were allowed to own and operate a casino under a different set of rules.

While the Kahnawake region is technically within Canada’s borders, they got their inspiration from the Seminole tribe. The example they made waves all over North America.

In 1984, Congress reduced the tax on sportsbook from 2% to 0.5%, making sportsbooks even more economically viable. This caused an explosion of sportsbooks across Nevada, far beyond the city limits of Las Vegas.

The explosion of sportsbook popularity caused legislators to reconsider their position on sports betting yet again. For more on how they responded to sportsbooks stepping into the limelight across the United States, check out part three of our legislative timeline.

Setting the Stage for Online Sportsbooks

The legislation that regulated brick and mortar, Vegas-style sportsbooks had tremendous implications for the development and evolution of online sportsbooks.

In our next (and final) installation of our three-part series on sports betting legislation, we’ll tackle the era that we’re currently in, The Golden Age of the Online Sportsbook.