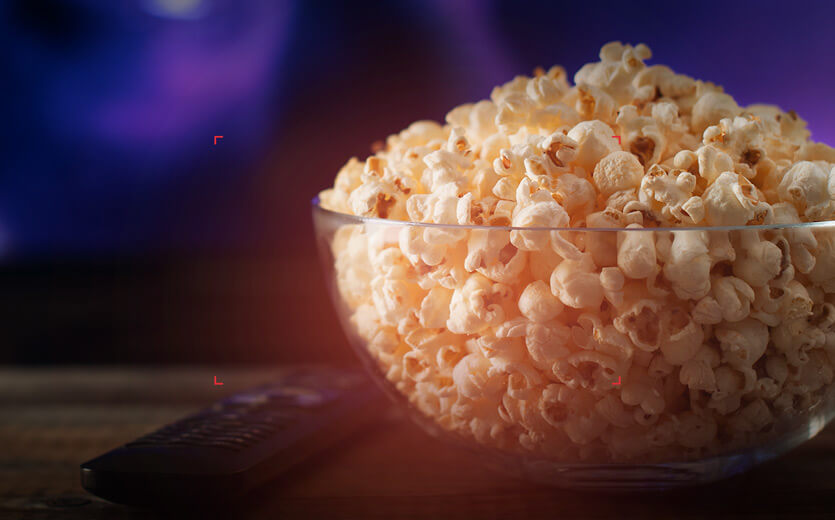 The world of sports betting has always fascinated Hollywood filmmakers. And why wouldn’t it?

These 5 films offer a fictional but informative peek into the lives of all those involved in the world of sports betting:  players, coaches, family, friends, and of course, bettors.

With so much drama, debauchery, and danger, the following films are also excellent reminders of why spreading wave of sports betting legalization is such a welcome improvement from the sketchier times that came before.

With a filmography that includes classics like Goodfellas, Mean Streets, The Departed, and The Gangs of New York, Martin Scorsese has never shied away from delving deeply into the dubious fringe of American society.

Based on the true story of Frank “Ace” Rothstein (played by Robert De Niro), Casino is an epic investigation and exploration of organized crime’s involvement in major Las Vegas casinos during the 1970s.

Ace, an ethical and detail-oriented individual, got his start as one of the sharpest oddsmakers of his era. His expertise and organizational ability as an oddsmaker led to prominent organized crime families in Chicago putting him in charge of the biggest Vegas casinos. His skill in creating profit margins and managing a gambling operation was unparalleled, but it didn’t go unrecognized.

As De Niro says in the film, “I had [sports betting] down so good, I was given paradise on Earth.” Real-life Ace Rothstein’s fascination with sports betting never dissipated, and he established the first-ever legitimate sportsbook on American soil in 1976.

Casino isn’t a light film by any means, and Scorsese deeply investigates the real story and characters. Sports betting is portrayed as the deviant activity, which sits in stark contrast to the gloss of reputable and legitimate sportsbooks today, whose odds are featured on multibillion-dollar conglomerates everywhere from CNN to ESPN.

Without giving away the ending,  Ace laments towards the end of film that “The big corporations took over. Today, [Vegas] works like Disneyland.” Ultimately, this is true, both in regards to Las Vegas and the entire sports betting industry. Organized crime’s outsize influence on sports betting is a thing of the past, as Casino chronicles.

This might draw the ire of mobsters everywhere but in reality, it benefited everyone involved, from bookmakers to bettors. The world of gambling is assuredly much less violent than the one depicted in Casino, and equally much more profitable for all those involved.

When the average person thinks of “sports betting” nowadays, they’re likely to conjure images of “sharps” making millions by placing thousands of different bets a day from the safety of their computers. This sits in contrast to the public image of sports bettors in the 1980s, when most people envisioned them as seedy characters who roamed from pool hall to pool hall with tobacco-stained fingers.

Twenty-five years after his role as a billiards star in the 1961 film The Hustler, The Color of Money stars Paul Newman (who won an Academy Award for his performance) and Tom Cruise as his protogé.

While The Hustler was a fairly straightforward cautionary tale, The Color of Money is much more ambiguous. The professional bettors in this film aren’t just betting for profit. Pride, identity, and morality are just as important as cash.

This fascinating portrayal of the psychology of bettors, combined with the explosive star power of Newman and Cruise, make The Color of Money worth your time.

Eight Men Out tells the story of one of the most famous controversies in sports history: The 1919 World Series. The film revolves around the eight Chicago White Sox players who received lifetime bans from the MLB for conspiring with an illicit gambling ring. Despite being heavily favored, the Chicago White Sox threw the series and lost in 8 games.

What makes Eight Men Out so interesting is that doesn’t outright condemn the players who threw the series. Much of the blame is levied at Chicago White Sox owner Charles Comiskey’s feet, and how poorly he regarded and treated his players (Charles Comiskey reportedly gave his players flat champagne when they captured the pennant in 1917).

Many of the vilified White Sox players are treated as sympathetic figures, victims of powerful forces far beyond their control, and a young John Cusack and Charlie Sheen turn in terrific, measured performances. This is a film that speaks to the need for regulation and integrity in both sports and sports betting.

The film illustrates that if bookmakers aren’t legally licensed and accountable, they will exercise undue influence on sporting events themselves. Eight Men Out clearly shows how much professional sports and sportsbooks have progressed over the last 100 years.

Based off Beth Raymer’s true to life memoir of her path from stripper to full-time “sharp,” Lay the Favorite focuses on the unique thrill-seeking nature of professional bettors. Beth (Rebecca Hall) meets Dirk (Bruce Willis) and quickly learns that she has a tremendous aptitude for sports betting. Dirk gives her a spot at his sports betting outfit, and Beth seizes the opportunity, becoming a full-time “sharp.”

The real-life Raymer went on to pursue an MFA from Columbia University and has dedicated her life to investigating and writing about legal gambling and sportsbooks. She has a keen eye for personality types who choose to live entrenched in the uncertainty of sports betting.

Raymer’s work has gone a long way to dispel the notion that sports bettors are low-life gamblers, and instead suggests that they are simply people who are addicted to a “life of endless possibility.”

Lay the Favorite is a charitable, humanistic look at the unusual personalities and psychology of professional sports bettors. The film goes a long way to dispel the negative stereotypes of sports bettors as degenerates, instead depicting them as uniquely intelligent libertines.

Two for the Money is a (semi) true story of Brandon Lang, a former college football star turned expert sports handicapper. A true rags-to-riches story, Lang toiled away at a telemarketing job, until he was poached by Walter Abrams for his uniquely sharp talent of picking the winners.

Starring the equally electric super actors Al Pacino and Matthew McConaughey, the film explores the emotions of professional sports bettors more than it examines the mechanics and operations of the business. Two for the Money is somewhat light-hearted and is a fun take on the ambitious (but bizarre) characters in the sports betting industry.

Just like everyone else, professional sports bettors go through highs and lows, see successes and failures, and struggle with relationships. Two for the Money makes the lives of “sharps” eminently understandable in a way that no other film has really achieved. As the old saying goes, they’re just like us.

Where to Watch These Films

Not only are these films fascinating, well-crafted and beautifully-acted, they also shed light on the sports betting industry and all of those involved in it. They also illustrate the fact that – despite the negative stereotypes – professional bettors and “sharps” possess highly-capable minds.

Once you’ve checked out these fictional films, get started with the seven best documentaries about sports betting.