History of the Mafia’s Ties to Gambling and Sports Betting 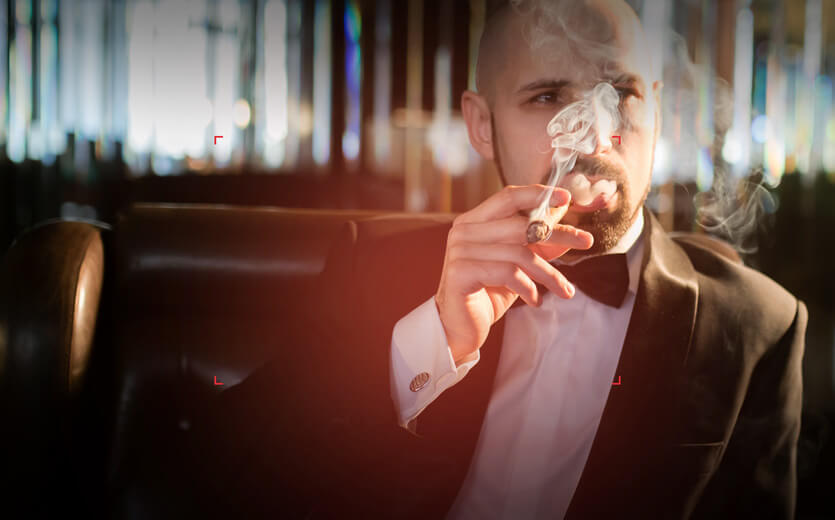 What have the justice system, police force, prostitution, and the drug trade got in common? They are or have been controlled by the mafia. But there’s one industry which has been the cornerstone of mafia money-making schemes since day one: gambling. Namely sports betting.

From the early days of Las Vegas to the internet age of today, the mafia has been making big bucks for themselves and their cronies. We take a look at some of history’s most infamous mobsters and their illicit love affair with gambling.

The Bugs and Meyer Mob

The Bugs and Meyer Mob were a Jewish-American street gang named after Meyer Lanskey and Benjamin ‘Bugsy’ Siegel. The gang made a name for themselves as the most violent gang of the Prohibition Era and busied themselves with grand theft auto, extortion, murder, and forming the National Crime Syndicate.

Born Meier Suchowlański in today’s Belarus to Polish-Jewish parents, the Lanskeys arrived in America in 1911, settling on the Lower East Side of New York. It was there that he met Siegel. The story goes that Lanskey watched as a street craps game erupted into a fight, and as police whistles were heard he persuaded Siegel to drop the gun he was brandishing. The two became fast friends and formed the Meyer and Bugs gang.

There’s no such thing as a lucky gambler, there are just the winners and losers. The winners are those who control the game…all the rest are suckers.” – Meyer

Lanskey was considered the brains behind operations and was known as ‘The Accountant’ to the mob. When the ban on alcohol was finally lifted in 1933, he turned his sights on gambling.

Considered a math whiz kid, his talents were a great advantage for Lanskey’s love of gambling and winning. He’s reported as saying, “There’s no such thing as a lucky gambler, there are just the winners and losers. The winners are those who control the game… all the rest are suckers.”

New York sports betting wasn’t enough though and Lanskey traveled to Cuba and persuaded dictator, Fulgencio Batista, to legalize gambling. Lanskey added several high-class casinos in Havana, as well as to his operations in New Orleans, New York, Florida, and the Bahamas.

Lansky was rumored to have a personal fortune of about $300 million, which was ‘hidden’ in Swiss bank accounts, real estate, and other various investments.

Benjamin Siegel, was born in Brooklyn into a family of Austro-Hungarian Jews who had immigrated to the United States in 1903. Trying to escape the poverty of his childhood, Siegel took to the streets to try and make his fortune. His ‘business’ methods earned him the nickname ‘Bugsy’ for being as ‘crazy as a bedbug‘. He was well known for having a violent temper and displaying some wild behavior.

Bugsy and Lanskey also organized and ran a group of contract killers, which the media of the time nicknamed ‘Murder, Inc’. They were suspected of being responsible for anything between 400 to 1,000 contract killings. Understandably, Siegel made a lot of people unhappy.

To escape his mob enemies, Siegel moved to California in 1937 and became something of a celebrity gangster. When he wasn’t rubbing shoulders with the stars, Siegel controlled several offshore casinos and prostitution rings, and committed a few murders.

Bugs and Lanskey organized and ran a group of contract killers, which the media of the time nicknamed ‘Murder, Inc.’

With money from the Mafia, Siegel opened The Flamingo Hotel and Casino in 1946. As it turned out, Siegel was better suited to the dirty work rather than the business end. The project ran over budget and hemorrhaged money. The Flamingo shut its doors in March 1947, and Siegel was shot and killed a few months later. His death remains a mystery to this day.

If anyone is to be given the title of The Godfather of Vegas, it would surely be Tony ‘The Hat’ Cornero. Another rum-runner who turned to gambling, Cornero opened The Meadows – one of the first casinos and hotel complexes in Vegas.

However, The Depression hit hard and Cornero returned to LA. There, he took a novel approach to avoid the no gambling laws by buying cruise liners. He kitted them out as casinos and moored them just off the coast. When the state attorney general shut them down, Cornero took his trade back to Las Vegas.

While Cornero wasn’t part of any mob family, he was certainly involved. He survived one attempt on his life in 1948, but wouldn’t be so lucky a second time.

In July 1955, Cornero was in the middle of constructing a new Vegas casino project: The Stardust Hotel, which was eventually demolished in 2007. Having run out of money, he asked his mob investors for an additional $800,000. Later that same day, he dropped dead at the craps table at the Desert Inn Casino.

His body was moved from the floor and his cup washed before the police arrived. No autopsy was performed, and the cause of death was suspiciously recorded as a ‘heart attack’.

The man who inspired the Scorsese film, ‘Casino’, Frank Lawrence Rosenthal, is one of Las Vegas’ most interesting characters. He started his better career on Chicago’s West Side, where he would skip school to watch sports. His keen eye for great odds soon earned him a job with the Chicago syndicate. He was destined for bigger things, however, and was soon running the biggest illegal bookmaking office for the Mafia.

In Vegas, Rosenthal secretly ran The Stardust (started by Cornero), The Fremont, The Marina, and The Hacienda, all owned by the Chicago Outfit. He was responsible for opening the very first Vegas sportsbook within The Stardust and introduced female blackjack dealers, which doubled the casino’s profits in less than a year.

Despite his innovative ideas, the mob bosses weren’t so happy. Rosenthal narrowly survived an attempt on his life in 1982, when his car exploded.

He tried in vain to go straight and get a license to legally run casinos. He was ‘black booked’ in 1988, however, and banned from entering any Nevada casino for life.

The Gambino family, one of ‘The Five Families’ of the American Mafia, have dominated organized crime throughout the US since 1910. Over the years, they’ve adapted with the times, from bootlegging during the ’20s to online sports betting of the 2010s.

In 2013, the FBI arrested 20 mob members for involvement in illegal internet sports bookmaking operations controlled by the Gambino Crime Family.

The family had set up various websites in Costa Rica with the aim to process online bets placed in the States, thereby bypassing the UIGEA. The FBI investigation found that the turnover from this gambling operation amounted to about $1.7 million from October 2010 to June 2011.

Of course, the mob’s success in sports gambling depends on who they have on their payroll. One such person of interest was the disgraced NBA referee, Tim Donaghy.

Donaghy officiated the NBA for 13 seasons, between 1994 and 2007, but he also enjoyed betting on sports during that time. More importantly, betting on the games he officiated. His 75% success rate caught the eye of the Mafia, and it wasn’t long before they moved in on him.

Donaghy raised the question of whether legalizing gambling nationwide would put the heat on the mob and force them out of the game.

In an interview for ‘60 minutes’, Donaghy explained how the mafia had threatened his family if he didn’t provide them with the top picks. Donaghy, who was sentenced to 15 months in prison, also stated that the mob will always be a part of professional sports, trying to take advantage of refs, players, trainers, and anyone else with inside information.

Donaghy raised the question of whether legalizing gambling nationwide would put the heat on the mob and force them out of the game.

Looking for More Stories About Deviance and Gambling?

This is only the tip of the iceberg in terms of mafia ties to gambling in the United States. There are many more examples from around the world, some of which can be explored with our list of 7 fascinating sports betting documentaries. We do love a good gangster and gambling story!

Of course, SBD has no shortage of stories about sports betting sure to pique your interest no matter which sport you’re fond of.