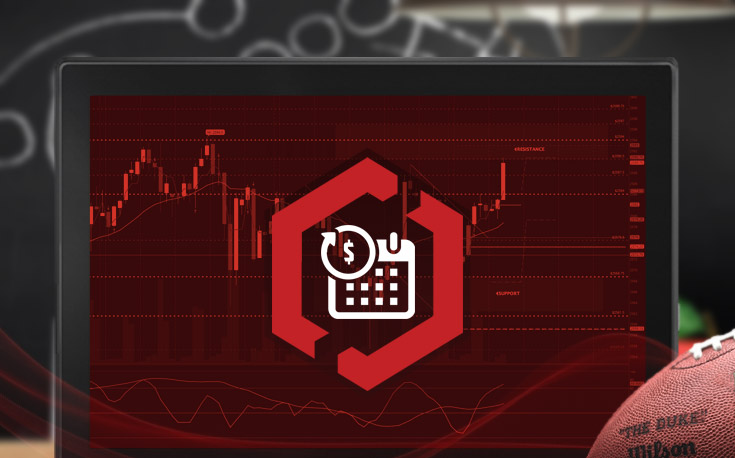 There aren’t many options in a sportsbook that let you single out a team and predict how they’ll perform, but this is one of them. If you’re new to this type of futures bet, let’s take a closer look at it and the strategy behind betting it.

What Is Betting on Regular Season Win Totals?

Betting on the regular season win total is a popular futures bet that allows you to bet whether a team will go over or under a projected line set by the oddsmaker. Let’s use the following example: 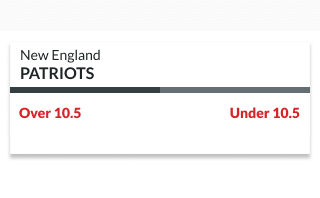 This is a popular bet because it allows you to bet on how good or bad you think a team will be in an entire season. In general sports chatter, many people have opinions to say that one team will be a sleeper or another will underperform, but this is a way to turn that talk into action.

Sportsbooks don’t offer regular season win totals on all sports, but you can expect that to change in the coming years. We don’t see these types of lines for soccer, WNBA or college baseball. Right now, they focus on the sports where there is a pronounced appetite for it.

Betting football regular season win totals is by far the most popular option. Sportsbooks open these lines up early so bettors can discuss and decide how many wins teams are expected to wind up with.

Like the NFL, college football is one of the common sports in betting season win totals. When you’re betting on the NCAAF, the lines tend to open later in the year with the first sportsbooks opening their lines in the spring or summer, but the rest posting them closer to kickoff.

Regular season win totals for the NBA usually come out in the late summer after both the NBA Draft and free agency have completed.

Not every school has options for betting on college basketball regular season win totals. Remember, there are more than 300 college basketball teams. Usually, you’ll find about 30-50 lines focusing on the programs that are well-known and/or are expected to be competitive in the coming season.

When you make NHL bets online, you’ll see regular season point totals instead of win totals. NHL teams earn two points for a win and one for an overtime loss. Since standings are determined by points rather than wins, the oddsmakers post over/unders on how many points the teams will finish with.

For the most part, regular season win totals are graded in a fairly straightforward manner. If the team wins more games or collects more points than the set line, they have gone over. If it’s the opposite, then they’ve gone under. However, there are a couple of intricacies to keep in mind.

You’ll often find regular season win totals that land on a whole number and not a half. In other words, you might see a line with 7.0 or 9.0 wins. In these cases, all that means is that if the team lands right on that number, you get your stake back.

The only other tricky thing to keep in mind with these types of bets is to confirm what games are counted in college football. In all other major sports, it’s fairly clear that it’s just the regular season that counts.

In the other major sports, records are not adjusted beyond the regular season regardless of what happens in the playoffs. Make sure you check the terms and conditions at your sportsbook before betting college football regular season win totals so you know what’s included.

Regular season win totals are a popular bet because there can be some really good value on the board. Those who study and do their homework can often make predictions with a high degree of accuracy. Follow these tips to get on the path to success.

How Did the Team Finish the Previous Season?

One key indicator of a team’s trajectory is to see how they finished the previous season. For example, if you’re examining a young NFL team and they finished the year with wins in four of their final five contests, that’s a good indication that they’re on the rise and you might want to bet the over.

Conversely, if they’re a team filled with past-their-prime veterans and they lost four of their last five games and fired their head coach, it’s a very different story. Take a look at how teams performed at the end of their previous campaign to give you an indication of what direction they are headed in.

There’s no question that there’s money to be made betting regular season win totals, but you can’t just blindly make a few last-minute decisions before the regular season starts. Your homework starts in the offseason where you have to keep track of the moves.

There are sports like the NFL where a few free agents and a couple of star draft picks can really turn a team around. The same goes for the NBA where a team that finished dead-last can fire their coach, hire a new one, sign a couple of star free agents and add a No. 1 pick in the draft. That’s completely feasible. With all of those changes, a team can go from outhouse to penthouse very quickly.

If you’re betting the regular season win totals without taking into account the changes or betting based on what you saw last season, you’re basically flipping a coin.

Many people discount the preseason play as mere exhibitions, but there is a lot you can learn from it. Remember, this is the first time that you’ll get to see the new version of the team in action. If they made a slew of offseason changes, you’ll want to see how they perform as a new unit even if the games don’t impact the regular season wins and losses.

Whether it’s spring training baseball or NFL preseason, you can still extract a little bit of insight from the performances. Is the team looking like a cohesive squad? Are they looking crisp and effective? Do the new pieces fit in? This is your first piece of evidence for the coming season. If you think they’re going to be a winner, you want to see some credible pieces of evidence to support that.

Injuries play a big role in regular season win totals, which is why it’s important to always take each player injury into account. Injuries can come in different fashions, such as a long-term one (out for the season) or even a short-term one can have an impact. For example, a star player could miss the first month of the season and although he’ll return, the loss will impact the team’s cumulative wins and losses totals.

Most experts suggest that you should wait until the last minute to place your bet for a regular season win total and the reasoning is quite simple.

Let’s say you bet on the New England Patriots regular season win total to go over, but Tom Brady hurts his shoulder in offseason workouts or let’s say he gets injured in preseason action. That will severely impact your bet, which is already locked in. Instead, wait as long as you can to avoid having your bet torpedoed by a key player loss.

Unders Are Usually Easier Than Overs

The general rule of thumb with regular season win totals is that unders are easier to win than overs. The logic is that a lot more can go wrong than right.

For example, let’s say you bet on the Cleveland Browns to go over their regular season win total. The team has to come together, the coaching staff has to push the right buttons and the team has to perform for you to get your over.

On the flip side, if you bet the under, a lot can go wrong to help. For example, a big injury. Or maybe the team just doesn’t gel as expected. Or maybe their schedule, which looked easy on paper, turns out to be a lot more challenging as their opponents are better than expected. A lot of surprises can happen along the way, so unders are frequently deemed a safer bet than overs.

Now that you’re ready to bet some regular season win totals, head over to your sportsbook and check out the lines that are on the board. Always remember to line shop to get the most advantageous number (and biggest payout).

If you’re looking for more guides and how-to articles, check out our betting 101 section to learn more about all the different types of bets you can make on sports.