How to Bet on Women’s March Madness 2022 Guide 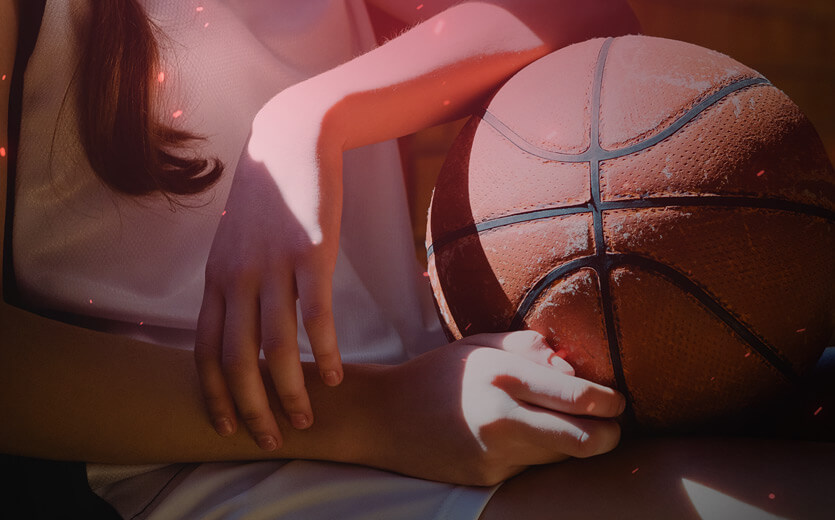 March is perhaps the best time of year to be a basketball fan. While the NBA playoff race is heating up, the NCAA brings not one but two college basketball national championship tournaments worth watching.

There’s non-stop action available for sports bettors as both the men’s and women’s March Madness tournaments are played simultaneously. However, with only an estimated one percent of betting volume going to the women’s bracket, there’s value hiding in plain sight.

Get Four Free Bets of $200 with PointsBet's Second Chance!

Get Five Free Bets of $100 with PointsBet's Second Chance!

Read on for an intro to women’s March Madness betting and advice for wagering on the 2021 women’s NCAA tournament.

The types of bets available for the women’s March Madness tournament are very similar to the wagers you can make on the men’s tournament. Here are some of the most common ways to bet on The Big Dance:

For a detailed explanation of each of these bet types, refer to our in-depth guide on how to bet on March Madness.

Why You Should Bet on Women’s March Madness

The better question is, why not bet on women’s March Madness? Lines are offered, but it’s still a fairly unsaturated betting market. This can be a good thing in terms of finding value lines, as sportsbooks allocate fewer handicapping resources to smaller markets. Just keep in mind that odds will also be less affected by public money and perception.

Women’s basketball has few, if any, “one and done” players who play one season then turn pro, as is common with star players in NCAA men’s basketball. Many of the biggest names in women’s basketball – Breanna Stewart, A’Ja Wilson, and Sabrina Ionescu, for example – played four years at their respective universities before heading off to the WNBA. Having stars around for four years allows for rich team chemistry, compelling storylines, and more consistent team data from one year to the next.

The women’s game is growing, and with legal sports betting available in more than 20 states, there’s never been a better time to get in on the action.

The women’s March Madness field is getting deeper each year, and the sport’s popularity is growing as a result.

Gone are the days when the UConn Huskies waltzed their way to a title without letting an opponent within 20 points the entire tournament.

In fact, the 11-time champion Huskies haven’t won since four-time Most Outstanding Player Breanna Stewart took her talents to the WNBA in 2016. No doubt that’s something freshman phenom Paige Bueckers is looking to change.

That said, even as the competition gets stiffer, it’s worth keeping in mind historical trends in women’s college basketball. Here are some unique considerations you should be aware of when betting on women’s March Madness.

Of the 18 teams to enter the tournament unbeaten, nine have gone on to win it all

The UConn Huskies account for six of those championships, including the most recent in 2016. The only other unbeaten teams to win a title are the 1986 Texas Longhorns, the 1998 Tennessee Lady Volunteers, and the 2012 Baylor Lady Bears.

The 2014 final between UConn and Notre Dame featured two unbeaten teams, with the Huskies coming out on top.

Basketball was one of a dozen women’s sports added to the NCAA championship program in 1981-82. Since then, 15 teams have won it all, with the Connecticut Huskies and Tennessee Lady Vols taking home half of all NCAA Women’s Basketball Division I titles thus far.

Over the years, 28 other teams have reached a Final Four but have yet to win a title. Recently, that list includes:

The NCAA canceled the men’s and women’s March Madness tournaments in 2020 due to the COVID-19 pandemic. In 2021, the entire women’s tournament will be played in the San Antonio area.

The women’s March Madness tournament expanded to 64 seeds in 1994. Unlike the current men’s tournament, the women’s bracket does not feature a play-in round. Thirty-two teams qualify automatically by winning their conference tournament, while the remaining 32 are selected at-large by a selection committee.

The seeding for the single-elimination tournament is released during a selection show on a Monday in the middle of March – typically the day after Selection Sunday for the men’s bracket. From there, basketball chaos ensues as both the men’s and women’s tournaments are played throughout the remainder of March, culminating with the Final Four’s and National Championship games in early April.

One other key difference between the men’s and women’s tournaments is the women play four ten-minute quarters instead of two 20-minute halves. You’ll find lines available for each quarter.

Where to Find NCAA Women’s Basketball Betting Information
The biggest key to any successful sports betting strategy is to do your research.

Sportsbooks are sometimes slower to adjust betting lines for sports that receive less overall betting volume, so if you follow women’s college basketball closely enough, you can likely find an edge.

The women’s tournament receives less media attention than the men’s, but all 63 women’s March Madness games are available on ESPN.

For basketball fanatics looking to take a deeper dive into women’s college basketball, here are some suggestions for where to find useful information ahead of the tournament.

Of course, the NCAA also has a dedicated hub page for women’s basketball, and the top schools all receive extensive coverage from their athletics departments and campus sports media.

Here are some common FAQs about women’s March Madness.

The 2021 women's March Madness final between Arizona and Stanford registered an average of 4 million viewers.

How many teams are in the women's March Madness bracket?

There is a 68-team women's March Madness bracket for the 2022 tournament.

What is the women's NCAA basketball tournament called?

There’s plenty of value to be found betting on women’s basketball, but learning how to wager on March Madness can be tricky at first.

Sports Betting Dime has you covered. Check out our How to Bet on Sports section for more advice on all things college basketball betting.