Make Top Picks Betting on Wimbledon and the Grand Slams 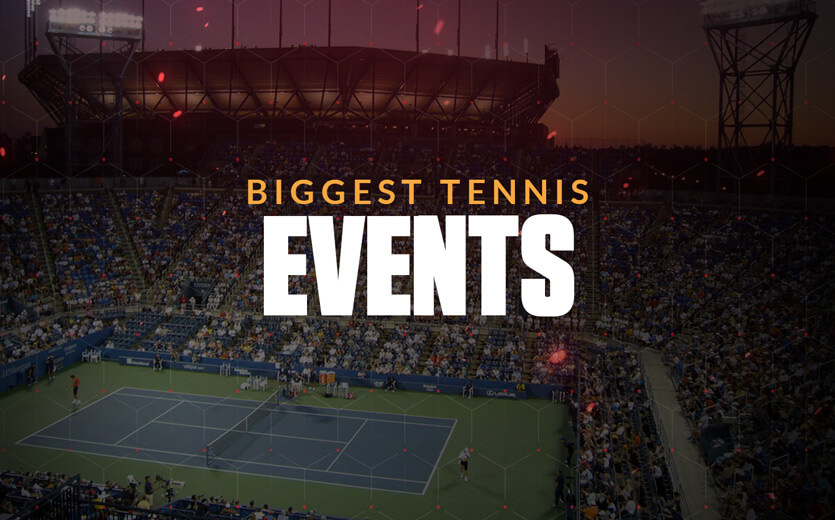 The tennis calendar is filled with weekly events as the men and women of the Association of Tennis Professionals (ATP) and the Women’s Tennis Association (WTA) tour the world to play in different countries.

While it’s sometimes tricky to understand the nuances of each particular event, we’ve crafted a guide that should help you understand how to bet on the most important tennis events of the year.

One of the first things you’ll want to be conscious of when it comes to tennis betting is the seasons. The tours typically start off on the hard courts before shifting to clay in the spring. As the weather warms up, there will be a shift to grass and then the tours will return to hard courts. There are a series of events on each surface, so this gives players a chance to get comfortable and gain some momentum.

As we detail below, each surface plays quite differently so it is important to take that into account when you’re betting each event. For example, during the clay court season, you’ll want to bet on players like Rafael Nadal and Dominic Thiem, who excel on this surface.

As the tournaments and matches shift to grass and then the hard courts, you’ll want to shift your focus to the corresponding players.

The Biggest Events of the Year: The Grand Slams

The grand slams are the four most important events on the tennis calendar. These events are the pinnacle of the sport and the most coveted among the players. They’re also the ones that bettors care about the most, as the matches are covered in the mainstream media and broadcast on cable television.

Here’s what you need to know about betting the four grand slams:

How to Bet on the Australian Open

The Australian Open is the first grand slam on the tennis calendar. It is usually played in the last two weeks of January.

The Aussie Open is played on a hard court surface, which means it lends itself well to power players. Those who can serve big and hammer away from the baseline do well. Keep in mind that while January is a cold month on this side of the world, it’s one of the hottest Down Under. That means the heat can be a big factor in the grand slam, contributing to fatigue and overall wear.

The Second Grand Slam: How to Bet on the French Open

The French Open is the second grand slam on the calendar. This one is quite unique as the players visit the clay courts of Paris, France to indulge in the orange surface.

Clay is the slowest of the three playing surfaces, which means it slows down the power strokes and serves of the big hitters while benefiting the players who excel at speed and defense. The bounce of the ball on clay not only slows the ball down, but it often provides an inconsistent bounce, which can mess with a player’s anticipation.

How to Bet on Wimbledon, the Penultimate Grand Slam

Although the grand slams are mostly equal, Wimbledon is viewed as the jewel of the four. It’s the most prestigious one. In terms of betting the event, there are a few key things you need to know.

First off, Wimbledon is played on grass. This is the fastest type of court in use, so that leads to a lot of quick and short points. The ball bounce is a big factor here as it is not as consistent as a hard court, but not as much of a wild card as the clay surface. This tends to open up the game to serve-and-volley players, although that strategy has faded in recent years.

When betting this event, take note of players who consistently play well on grass. You can look at tennis starts, records, and history to see how players perform on this surface to predict future success.

The Final Grand Slam: Betting on the U.S. Open

The U.S. Open is the final grand slam of the year. It’s played in Flushing Meadows, New York at the end of August into early September. It’s very similar to the Australian Open in the sense that it’s played in the summer heat and it’s also a hard court surface.

Players who excel here are big hitters. The hard courts play relatively fast—much faster than clay—and have a very consistent bounce to them. That allows players to gauge where the ball will be and tee up a big shot.

It’s worth keeping in mind that the hard courts tend to be the toughest on the players in terms of wear and tear. The grass and the clay tend to be a bit more forgiving, but the hard courts provide a constant pounding on the joints and are more likely to cause injuries.

Futures Betting on the Big Championships

When it comes to betting the grand slams, of course, you can bet them as the events are happening. That means once you know the matchups for the day, you can bet on the moneylines or props, or even get into some live-betting after the matches start.

One other form of tennis betting that can offer some good value for bettors is the futures market. Typically, most sportsbooks will post odds on the next grand slam even if it’s months away. This gives you an opportunity to lock in a bet early. While that can be risky (and there’s often significant juice), it can also pay out handsomely if you have a good feel of who will be competing when the grand slam finally arrives.

A Key Tool for Futures Betting: Be Attentive to “Warmup” Events

One of the best tools for handicapping the four grand slams is to keep track of what is known as the “warmup” or lead-in tournaments. This often refers to the tournament that’s right before a specific grand slam.

For example, the Nature Valley International (otherwise known as Eastbourne) is always played the week before Wimbledon. Keeping an eye on how players perform there is usually a good tell as to how they’ll play at Wimbledon.

For the French Open, there are a few precursors to Paris, but take note of how players perform at the Mutua Madrid Open or the Internazionali BNL d’Italia in Rome.

For the Australian Open, you’ll want to track the form of players at both the Brisbane International and the Sydney International.

Lastly, for the U.S. Open, a good lead-up tournament to monitor is the Western & Southern Open in Cincinnati.

The Rogers Cup is the only tennis tournament in Canada. The hardcourt tournament is played in Toronto, Ontario, and Montreal, Quebec. The ATP (men) and WTA (women) alternate stops each year, so each city will only host either the men’s tournament or the women’s tournament each year.

The Davis Cup is one of the key international events on the tennis calendar. It’s a knock-out tournament, which is somewhat framed as the World Cup of Tennis. There are 18 national teams that are enrolled in a four-round, elimination tournament. The Davis Cup is a men’s only tournament while women play their equivalent version at the Fed Cup.

The ATP Finals is one of the venerated men’s only events on the tennis tour while the women’s equivalent is the WTA Finals. The ATP Finals are generally seen as a small step down from the grand slams. This event lasts about a week at the end of the year and pits the top eight players against each other in a season-ending championship.

When It Comes to Betting on Sports, Knowledge Is Power

Know that you know what tennis events occupy the largest slice of the action, want to know more about the types of bets you can place on tennis action? We’ve got you covered with our guide to the fundamentals of betting on tennis.

If you’re looking to broaden your horizons, our guide, How to Bet on Sports, covers the myriad intricacies and complexities of betting on each unique sport and profession league.