Tennis Betting Basics: Everything You Need to Know 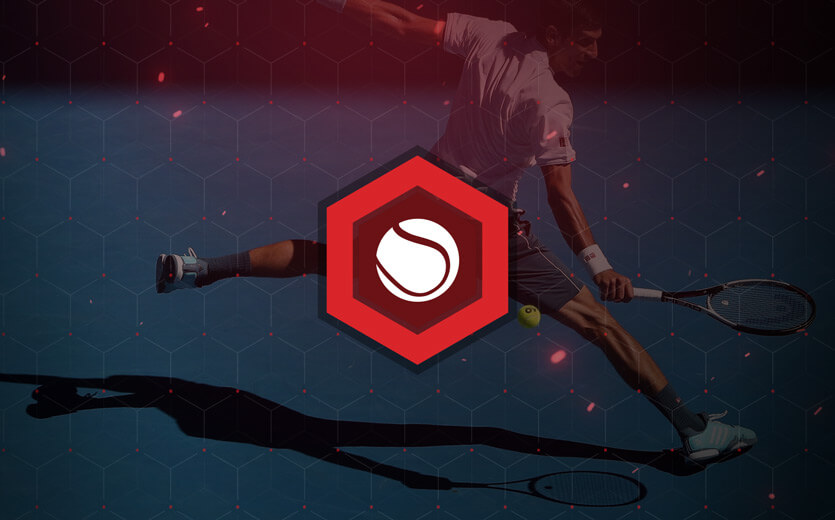 Tennis betting presents a unique opportunity for bettors. Many team sports rely on different units coming together along with a coach to get everyone on the same page. A lot can go wrong, and there’s a lot of variables to account for. Being that tennis is an individual sport, there are less moving parts, which gives you a good opportunity to predict the winner.

The Most Popular Types of Tennis Bets

There are many ways to bet on tennis matches from moneylines, to spreads, to over/unders. If you’re new to the game, here’s a rundown of the types of bets you’ll encounter.

What Is the Moneyline in Tennis Betting?

Betting on moneylines is the most common way to bet on tennis. What the moneyline refers to is the straight-up winner of the match. You’ll be presented with a line and you choose which player you think will get the win. Each player will have odds associated with that outcome. To understand those odds, let’s use an example:

The odds here are shown next to each player’s name. The first thing you want to look out for is the sign next to the number. If it’s a minus sign, as it is in Federer’s case (-250), that’s the amount you’d bet to win $100. If there’s a plus sign, as there is in Raonic’s case (+210), that’s the amount you’d win if you bet $100. Of course, you don’t have to bet exactly those amounts but they do give you an idea of the payouts.

Another betting option for tennis matches is totals betting. What you’ll see is one number (an over/under) and you have to decide whether the combined number of games played will be over or under that number.

Spread betting is far more popular in sports like American football, but tennis betting has its own iteration of the spread. You might see a betting line like the following:

Let’s say this is a five-set match. In this case, what you’re betting on is whether Federer will win at least 5.5 (six or more) games than Raonic. On the flip side, you could bet Raonic, and he could lose by five games or less, or win the match outright, and you’d still win your bet.

Tennis game spread betting can be contained to a single set, or the match as a whole.

This is a good betting option if you feel the moneyline just isn’t offering you the right value.

One of the trickiest aspects of tennis betting to those who are new to the sport is understanding the tiebreaks. This is especially important if you’re examining the pre-match tennis spread line betting tie break.

While each set typically has to be won by two or more (6-4, 6-3, 6-1, etc.), a tiebreak will usually result in a player winning the set 7-6. That will have an impact on the final spread. If the spread is something like -5.5 and the first two sets have gone 6-4 and 6-4, the third set going to the tiebreak could have a big impact.

While most tiebreaks will end in 7-6, keep in mind that at Wimbledon there is no fifth-set tiebreaker as they’ll just keep playing until someone wins by two.

Yes, There Are Prop Bets in Tennis Too

Prop bets, or propositional bets, are bets on different aspects of the match. They are often statistically or performance-based.

For example, a prop could give you the option to bet on an over/under for how many aces will be served in a match or how many unforced errors a player might have.

If you know the tendencies of certain players or certain matchups, it’s easy to find some value with these props.

While the other three types of bets we’ve talked about focus on the day-to-day type of tennis betting, futures are a good way to diversify your portfolio. Futures refer to bets for events that will happen in the future, a little further down the road. For example, you might bet on who the winner of Wimbledon will be months before the event even starts.

There are two sides to this coin. On the one hand, this type of bet often pays off handsomely if you get it right. Let’s say you bet on Novak Djokovic to win Wimbledon early on and he was priced at +500. That’s a very nice payout considering he might be at +200 once Wimbledon rolls around or a -300 favorite if he makes it to the second week of action.

The downside is that it’s a risky bet with a lot of associated juice (not to mention a lot can change quickly) and your money is tied up for a while. Those are the pros and cons you have to consider with futures.

Getting the Best Odds When You’re Betting on Tennis

One of the keys to being a successful tennis bettor is shopping around for the best line. A lot of bettors just open one sportsbook account and accept the lines that they get, but that is an amateur mistake.

What a professional bettor would do is have access to a few accounts with a little bit of money in each, so that they can take advantage of the best betting lines. This applies to both futures and the single-game lines. If you’re laying money on a line, you should always be checking across sportsbooks to make sure you’re getting the best value. Let’s look at a couple of examples:

But what about single match betting lines? Let’s compare two version of the same moneyline from two different sportsbooks: 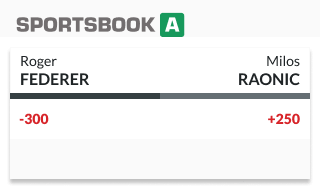 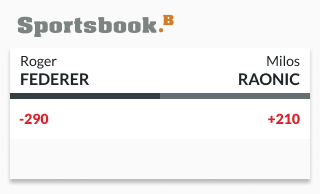 The difference in these odds might seem minuscule, but rest assured, these differences add up over time. The margin between a sharp and square bettor is razor thin, and it’s in your best interest to gain an edge over your bookmaker however you can.

Different sportsbooks take different actions on the lines and have different odds across the board. You want to maximize your winning potential (and your payout) with each bet, so you have to be conscious of getting the best line.

Tennis Betting Rules Can Be Tricky

One of the most important aspects of tennis betting is to understand the rules. They are mostly straightforward, but the betting rules of a sportsbook matter more than you would think.

The key thing that you’ll want to know about are injuries, retirements, or walkovers. For the most part, those three refer to the same thing.

For example, say you’re betting on a matchup and the player you bet on is up 5-0 in the first set, but then pulls his hamstring and can’t continue. What happens at that point? Some sportsbooks say a certain amount of games have to be played for the match to have action (to be official) whereas others don’t. For example, all future wagers have action whether your player competes or gets hurt.

Over/under bets (totals bets) tend to have more conditions than moneylines, so pay close attention to the rules at your sportsbook of choice.

There is a lot to tennis betting strategy, but to get you off on the right foot, here are three things to keep in mind.

One final factor to remember when betting on tennis is that players will treat grand slams very differently than they were treat the smaller events. For example, Wimbledon is a big prize whereas an ATP 1000 Masters event is not as enticing. You have to take these differences in enthusiasm into account when handicapping tennis matches.

Take Roger Federer, for example, one of the best players of all-time. He has a career 357-58 record in grand slams, which translates to an .860 winning percentage. That’s quite impressive. However, at ATP Masters 1000 events, he has a .779 winning percentage. While that’s still pretty good, it’s a step down of nearly 8%.

Part of that can be explained by the fact that players are more focused on winning the grand slams than anything else. But a better way to look at it is that the upsets or surprises of the top seeds are more likely to happen at smaller events rather than at the grand slams.

There’s a lot to know about tennis betting, but now you’re up to speed on most of it.

We’ve got a series of articles on helping you improve your game, including how to succeed with live betting in tennis, so have a read through and you’ll have a well-developed knowledge base for how to bet on sports!