NFL Spread Betting (Betting Against the Spread): Tricks for Success 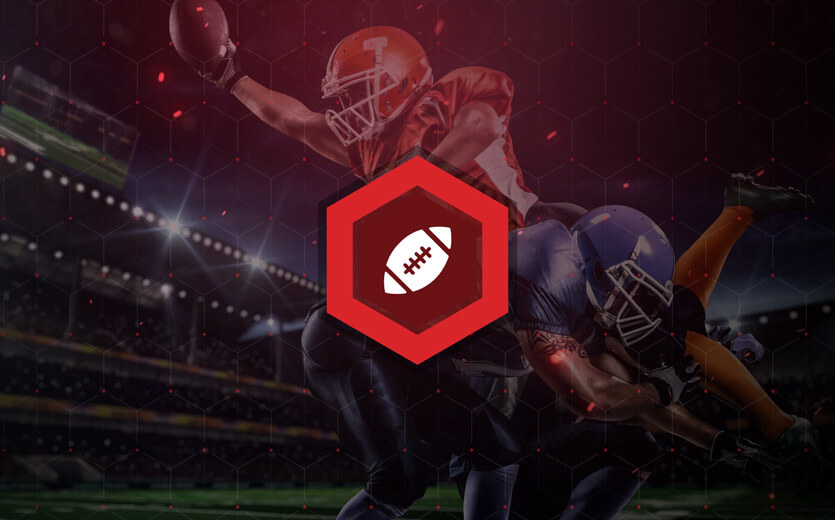 Tired of the lousy returns that come with betting favorites on the moneyline each week? Then it’s time to move up in the world of NFL sports betting. For many online sports bettors, betting against the spread is the best way to start making some real money fast.

If you’re entirely new to NFL point spread betting, or even the concept of betting odds in general, visit our series of articles for new bettors for a comprehensive introduction.

How Does Football Spread Betting Work?

In spread betting, the favorite has to win by a certain number of points for the bettors who pick them to cash in.

On the other hand, the underdog ‘gets’ points, meaning that bettors who back them will see a profit even if they lose, so long as it’s by less than the spread.

Often, you will see a spread with a half-point attached to it. This is called a hook (you’ve probably heard someone say they lost by the hook.) The hook ensures there will not be a push (a betting term for a tie). In the case of a push, most bookmakers will return the money wagered. However, it’s important to understand the terms and conditions at your sportsbook, as some will count a push as a loss.

Now that you’ve got the basics, let’s dive deeper into the world of NFL spread betting. In this article, we’ll be covering:

How is the NFL Point Spread Set?

Point spreads are designed to attract equal betting on both teams in a football game. The majority of NFL games (both AFC and NFC) have a perceived favorite, and without the addition of a spread, the bets would be one-sided. This is unprofitable for bookmakers unless the underdog wins.

The opening football spread for each week is set shortly after the Sunday night wrap up. Week 1 of the NFL season is the exception, with the lines coming out well in advance. When creating spreads, bookmakers are trying to read how the public perceive both the team and game in question. Obviously, some math, team stats, and storylines are involved, but this all secondary to public perception.

Bookmakers are not gamblers. Instead of letting their money ride on one team, they are happy enough to collect the juice (or vig) on each game. When betting the spread, the odds for both teams are often -110. This means a bettor has to wager $110 to win $100. Therefore, if the money is evenly split, the bookmakers simply pay winners from the money collected from losers and pocket the remaining 10%.

Let’s use a matchup between the Kansas City Chiefs and New England Patriots (-7.5) as an example. We’ll assume the money is split evenly. This example will be particularly relevant when Kansas online sports betting gets underway on September 1, 2022. 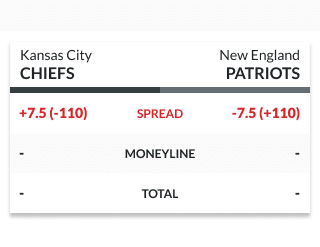 Now let’s assume the Patriots win in blowout fashion, 42-7, covering the spread. All 1,000 individuals who bet $110 on the Pats win $100, while the Chiefs supporters surrender their wager to the bookmaker.

After both exchanges, the bookmaker has turned a nice profit ($110,000 – $100,000 = $10,000). And remember, this is just one game. The best NFL betting sites are likely taking more than 1,000 bets on each game. That can result in hundreds of thousands in profits. And this is why bookmakers like to include a hook in the spread; a push results in no juice collected.

So, the next time you’re wondering how a bookmaker came up with the spread for a specific game, just take a good look in the mirror.

Why Do NFL Betting Spreads Change During the Week?

Now that you know how spreads are created, it should be fairly obvious why they change. Quite simply, a spread changes throughout the week if more money has been placed on one team. The bookmaker will alter the spread to encourage betting on the other team. This way, the money evens out, and they aren’t risking losses. Here’s another example to help out: 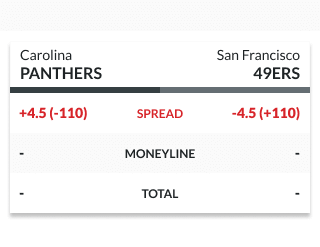 Let’s say Carolina’s starters look good during the first preseason game, and bettors flock to the Panthers (-4.5). The bookmakers’ first response may just be to adjust the odds to -120 for Carolina with even money for San Francisco (meaning bettors have to wager $120 to win $100 when betting Carolina, but only have to wager $100 to win $100 when betting San Francisco). However, if the money is too lopsided, the spread may increase to -5.5 or -6 for Carolina, to encourage new bettors to start putting their money on San Francisco.

Not Available in NY, PA, MS.

Injuries also play a significant role in spread adjustments. Occasionally a spread may be withheld until the injury reports are released. If a star player’s status is unknown, bookmakers will wait until news regarding that player is released. If a star player is ruled out at the last minute, bookmakers will change the spread immediately (knowing that savvy, attentive bettors will try to get their money down as quickly as possible, hoping to beat the line movement).

The heading is a little misleading. No formula that results ensures money. (But when one does exist, you’ll find it here first.) There are, however, strategies to maximize your chances of success.

First off, it’s important to understand that a game with two evenly matched NFL teams will often result in an opening 2.5-point spread in favor of the home team. The conventional wisdom is that home-field advantage is worth three points.

Bet $20 & Get $150 if Either Team Throws a Completion!
Details
CLAIM OFFER

Available Only in IL, LA, & KS. Must be 21+ to Participate.
CLAIM OFFER

As discussed, public perception can and will change the opening spread between two evenly matched teams. Therefore, if you believe two teams are evenly matched and don’t see a 2.5-point spread, it’s something to investigate.

Factors to consider before wagering on NFL against the spread:

Below are some key considerations you should make before betting against the spread on NFL matchups.

Where is the game being played?

As mentioned, home-field advantage is a real thing.  The bookmakers are considering it, and so should you.

Is it a divisional matchup?

Many teams perform better when playing within their own division, and these games tend to be closer in score. Familiarity is an equalizer in football and can also impact NFL odds quite drastically. In the AFC North, a game between Ohio rivals like the Cleveland Browns and Cincinnati Bengals might be closer than the Browns taking on the AFC West’s Denver Broncos, for example.

Where and when did each team play the previous week?

After playing on Monday Night Football in a different time zone, even the best teams can look a little sluggish. Cross-country travel means less time to rest and practice. If the Los Angeles Chargers are travelling to face the Pittsburgh Steelers in Acrisure Stadium, for example, that extra travel time could impact performance.

Waiting until Sunday morning to place your bets can result in missing out on a favorable opportunity.

Football is the ultimate team sport. Monitoring the health of the quarterback isn’t enough. If you’re looking to put some money down on the Baltimore Ravens, for example, check out their full roster injury report to see who is playing and who isn’t ahead of each game.

Be aware of individual matchups

In spite of what I just said, some players and coaches just have each other’s numbers. For example, Tom Coughlin is 5-2 when coaching against Bill Belichick.

Yes, knowledge of each team’s strengths and weaknesses seems rather obvious. But also, be aware of team popularity. For example, the Cardinals and Giants have legions of fans in Arizona and New York who like to bet on them. That can push spreads higher, even when it isn’t justified. A similar line of thinking could apply to recent Super Bowl champions like the Los Angeles Rams or Tampa Bay Buccaneers.

A parlay is just a fancy term for a bet that involves more than one team. A teaser is a parlay that allows bettors to adjust the spread in their favor in exchange for a smaller potential payout. The potential payout of an eight-team parlay may look tempting, but the odds of winning are extremely slim. Upsets and unforeseen events will occur—count on it.

Following the eight rules we’ve discussed doesn’t guarantee a payout. As Kevin Garnett so eloquently put it, “anything is possible.” But those considerations will increase the chances of beating the house. So, take that newfound knowledge of spread betting and give it the old college try (responsibly, of course).

The point spread is the most popular way to bet on football, but it’s only one of many options. Be sure to review the rest of the NFL content in our sport-specific betting advice section.

Check out the quick tips and tricks outlined in our beginner’s guide to betting on college football if you’re looking to expand your football betting portfolio beyond the professional gridiron, and enjoy the action this season!