How to Bet on CS: GO – Advice for Esports Bettors 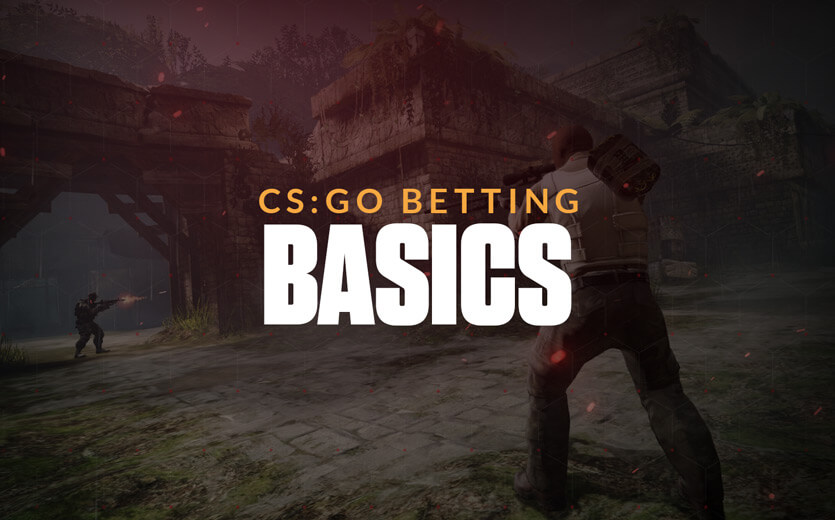 The world of esports is a fast-growing landscape where every year, billions of dollars are wagered on multiple games. The big money involved is enough to draw the attention of regular sports fans towards the gaming industry, enticing many to start betting on esports. However, the esports scene can be a little confusing to navigate through, as every game has its nuances.

Counterstrike Basics: How it Works

Counterstrike Global Offensive is one of the world’s most popular esports and has been for some time. It’s a first-person shooter game where there are two teams of five. One team is on offense, or the terrorist side, and the other is one defense, the counter-terrorist side.

The objective of the terrorist side is to either plant the bomb and have it blow up after its 45-second timer, or simply kill off every member of the counter-terrorist team within the 1:55 time limit of the round.

Each game has 30 rounds in regulation with the possibility of going to overtime, but the first team to win 16 rounds is the winner of the game. The game is divided into two halves with each team switching sides after 15 rounds. Terrorists head to the counter-terrorist side, and vice-versa.

There is an economy in-game that allows players to buy better guns, utility, and equipment. A player’s ability to participate in this economy is based on what players are able to achieve in the game. Each half starts with a pistol round where every player starts with $800 which is only enough money for either armor, some grenades, or an upgraded pistol.

The pistol round is very important to win because it automatically sets one team up with a significant amount more money than the losing team. There is a win bonus for the victor of each round of that differs depending on how you won the round.

If you win by killing the entire enemy team you receive $3,250, but if you win the round by either planting the bomb and having it detonate or, on the flipside of things, defusing the bomb then you would get $3,500. There is also a loss bonus for the team that loses each round which scales up for consecutive lost rounds. It starts at $1,900 and increases in increments of $500 until it is maxed out at $3,400.

The in-game economy is something very unique to CS: GO, as there isn’t really anything like it in any other Esport.

Basics of Betting on CS: GO

Below, we’ll walk you through how to read CS: GO odds, as well as the different types of wagers you’ll find on CS: GO at online sportsbooks.

How to Read CS: GO Odds

The first thing someone new to betting needs to understand is how the odds work and what they reflect, how to read the odds, and how to calculate the amount you stand to win on any given bet.

If a team is listed with negatives odds, this means they are the favorite to win the match or the event. If you were to bet on them you would get little in return if they were to win. When a team is listed as the odds-on favorite it is usually for good reason, but there are many situations where betting on the underdog is actually the better play. 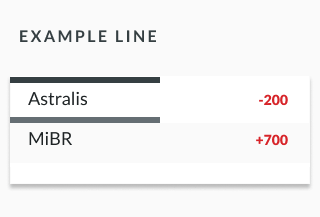 In Counterstrike, there are three different ways for you to bet. You can bet on the winner of a map, the winner of a series, or the winner of the entire event. Each of these options will be accompanied by different odds, and each has different things you should keep in mind before putting a bet down.

Betting on the Map Winner

In the professional play for Counterstrike, there are seven maps in the active pool. Depending on the format of the tournament or the current stage in the tournament, games may be a best-of-one format or a best-of-three. Occasionally there will be a best-of-five, but it’s very rare.

In some cases, you’ll know what map will be played beforehand, but a lot of the time it will be decided right before game time during the ban/pick phase. During this time each team will have the opportunity to take maps out of the equation and also pick a map that they want to play.

A good source of information to look at teams stats per map (total record, win percentage), is HLTV.org. This is a very helpful site in terms of stats for Counterstrike, and should for sure be consulted if you know the map being played beforehand to help you make a more informed bet.

When you’re looking at betting on a series, things are a little more complex. Odds are that at least one of the maps selected to play in a series will end up being a map that both teams will feel reasonably comfortable on, which would more than likely be the third map. Being that the third map is one that has been left over after the ban & pick phase. If each team doesn’t feel the need to ban the map, they will more than likely feel reasonably confident on it.

If you’re unsure of the teams playing and which team may actually offer a better bet, HLTV.org also has an up to date ranking of the world’s top teams. You can consult the site at any point to see which team is currently ranked higher. Additionally, you’ll have all the information you need to look at any teams past matches/results.

This is also helpful because sometimes a team that is ranked lower in the world rankings may actually be on a bit of a tear beating good teams, but it hasn’t yet reflected in the rankings. Conversely, a team that may be ranked reasonably high may be on a bit of a downward turn following some rough matches/placements at tournaments.

It’s good to take a quick look at the recent performance of both teams before betting on a series because in Counterstrike a team’s current form is extremely important.

When you’re looking at making a bet on a team to outright win a tournament there are some important things to keep in mind. Once again, consult HLTV to check where the teams stand in the world rankings, and once you decide what teams you want to take a more serious look at, check their recent results because you may change your mind.

Another important thing to check before betting on a tournament would be the format that the tournament is following. Some tournaments will be the same or at least similar as most others while some just completely make up their own format (the Blast Pro Series format, for example.)

Just quickly Google the name of the tournament and there should be an outline of the format whether it be on their official site or on a third-party site like Liquidpedia.

A little extra advice here though, if Astralis is going to be in attendance at the tournament, it’s as close to a sure thing as you can possibly get. Think the Golden State Warriors or 90’s Bulls, and then imagine more dominant. That’s right, more dominant.

In a lot of cases, moneyline bets will be the only option offered to put money on, but occasionally with single map bets, there will also be a spread option. When betting the spread on a map, the number will be listed as a “+” for one of the teams and a “–” for the other. 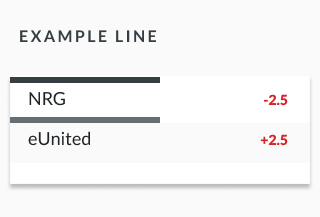 Take this example. NRG is listed as the favorite in a match against eUnited. The spread for NRG to cover is -2.5. This means they need to win the map by at least 3 rounds to cover the spread and make the bet successful.

On the other side of things, eUnited is listed at +2.5. So this means if they win the map, you win the bet. Also on top of that, if they manage to keep it within three rounds but still lose the map, you still win the bet. So let’s say the map finishes with NRG winning, but the final score is 16-14. If you bet eUnited at +2.5, you would still win your bet.

7 Final Things to Keep in Mind When Betting on Counterstrike

Before jumping into the world of betting on Counterstrike, keep this list of things in mind prior to locking anything in.

Up Your Game Today!

So if you’re one of these people who are new to the world of esports and you’re looking to get involved in the betting side of things, there’s no better Esport to start with then CS: GO.

It is the one Esport that someone who knows nothing about the game or the industry can just flip on and find entertaining without any background knowledge. If you’re hoping to learn more about how to apply your sports knowledge to the world of betting, check out our comprehensive guide to how to bet on sports.

With all of this in mind, you should be well on your way to betting on Counterstrike. So as the old saying goes, good luck and have fun!

Zack is a lifelong video game enthusiast that has been in the competitive scene for over 11 years. He currently works at TSN and has an in-depth understanding across multiple esports titles. From PC to console games, first person shooters to MOBA's, one-taps to five-man ult's, he knows it all.

Zack is a lifelong video game enthusiast that has been in the competitive scene for over 11 years. He currently works at TSN and has an in-depth understanding across multiple esports titles. From PC to console games, first person shooters to MOBA's, one-taps to five-man ult's, he knows it all.