Use NBA Win Share Stats to Win Bet on the NBA 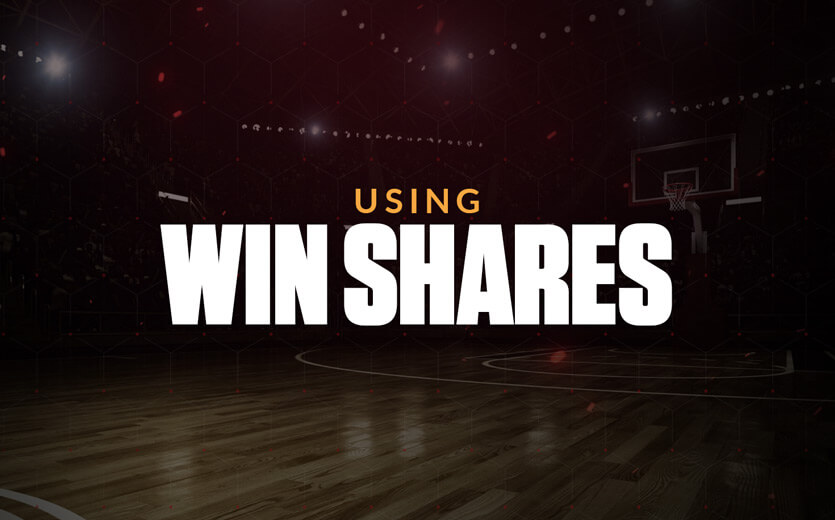 NBA win share statistics are a composite basketball stat that attempts to capture an individual player’s overall contribution to their team, expressed as a ‘share’ of the team’s total wins over the course of a season.

Each win share a player earns suggests their overall efforts have contributed one win to the team’s total record for the season.

The math used to calculate this statistic is complex, but using it to inform your basketball wagers is simple and easy to apply to NBA point spreads. This comprehensive guide covers everything you need to know about using NBA win share statistics to bet smarter and make more money.

Win share statistics are useful to bettors because they combine multiple indicators into a single number that represents each player’s relative value to the team. These composite data points are extremely useful when considering the impacts of lineup changes following injury or trades.

Combining the win share indicators for the entire team can also provide a helpful second point of reference to judge a team’s overall quality. This is useful as a secondary metric when comparing two teams that have similar win-loss records or otherwise look similar on paper.

We cover both of these strategies in detail below. First let’s review some concepts and terms you need to understand before handicapping with NBA win shares.

Where Do These Stats Come From?

Justin Kubatko of Basketball-Reference.com quickly recognized the value of proportionally dividing credit for team success in basketball, where individual players have a massive influence relative to many other team sports.

Kubatko created a new formula using readily available player stats to calculate the number of wins each player contributes to the team each season, and basketball win shares were born.

There’s also a metric called ‘win shares per 48 minutes,’ which we cover with a detailed section below. Here’s a quick look at the significance of the three primary metrics: 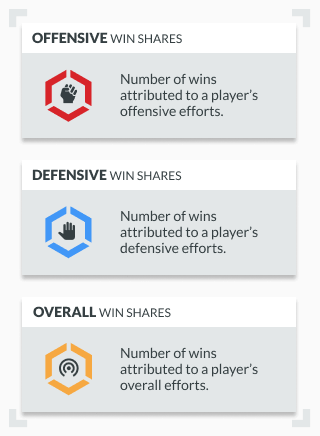 Note that every player is assigned an offensive and defensive win share, regardless of their position and style of play.

Why Consider Both Offensive and Defensive Versions?

Comparing a player’s offensive vs defensive win shares tells you where players are making the most impact, painting a more detailed picture of how their presence on the court might affect the game.

For example, say a star player with an excellent defensive win share rating suffers an injury and will miss an upcoming matchup. The impact of his absence might be more pronounced against a team with excellent offensive team stats.

There is one fundamental flaw with win shares – they rely on ‘counting stats’ that aren’t weighted by playing time. As such, they heavily favor players who spend more time on the court.

This is where win shares per 48 minutes (WS/48) comes in. WS/48 levels the playing field to judge the impact of each player if they all played the same number of minutes. 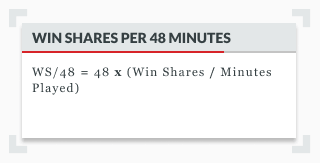 Rather than functioning as an aggregate ‘counting stat’ like regular win shares, WS/48 also measures the efficiency of a player’s contributions.

As such, WS/48 is a better metric when handicapping the potential impact of a substitute player coming off the bench or stepping up to take the place of an injured starter. Always remember that a starter’s win shares are inflated by the additional time they spend on the court.

When to Use NBA Win Shares

NBA win shares are most useful as an indicator of a player’s overall importance in their team’s ability to win. They can also be used to compare the overall quality of two players, but note that the formula to calculate them also includes team statistics. This disadvantages talented players on less successful teams.

Win share stats can therefore be used to determine how much of an impact the loss of a player will have on the team’s ability to win.

Win share stats are most useful when considering the impact of injuries on the NBA moneyline. They can also be used to roughly inform spread bets but note that other advanced stats like team offensive efficiency better account for scoring efficiency.

Win shares are highly predictive of moneyline results, where a team’s ability to score is secondary to their ability to win. When betting a large spread, on the other hand, you also want to consider each team’s ability to quickly put points on the board.

Use win share stats to identify games in which the oddsmakers have miscalculated the significance of injuries on each team’s ability to win. Here’s what you need to do:

Let’s look at an example of this last step, which is the most complicated. The Denver Nuggets are playing the Golden State Warriors, who are favored:

Steps 1 – 4 alone can also be helpful when betting on NBA team season win totals. The ‘total win share’ you get after adding each individual player’s projected win share is a strong predictor of the team’s likely overall performance.

The tricky part is estimating the total number of minutes every player on the roster will play in an average game, but this gets easier as the season goes on.

Comparing these projected win share totals is also useful when comparing the overall quality of two teams that otherwise look similar on paper.

When Not to Use Win Shares

Win shares are widely considered one of the best metrics of any player’s overall value to their team. That said, there are some circumstances where using them just doesn’t make sense:

Using the right stat at the right time is the key to successfully using data to inform your NBA wagers.

Kubatko uses separate formulas to calculate win share statistics for three major ‘eras’ in NBA history, making use of the most relevant player stats available for each respective era.

Of course, this article is focused on using win shares to bet on current NBA games.  Here are the formulas used for the current era.

Disclaimer: Unless you’re a fan of math or a masochist, there’s no reason to calculate win share stats yourself. Basketball-Reference has already done the calculations for every player in the league:

Skip the math, see the stats 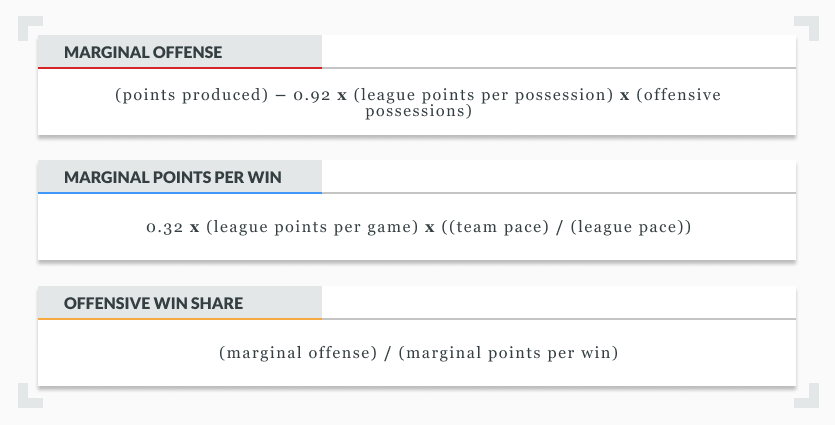 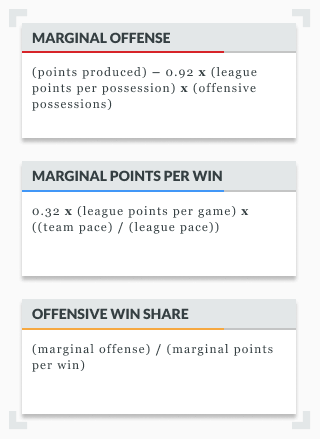 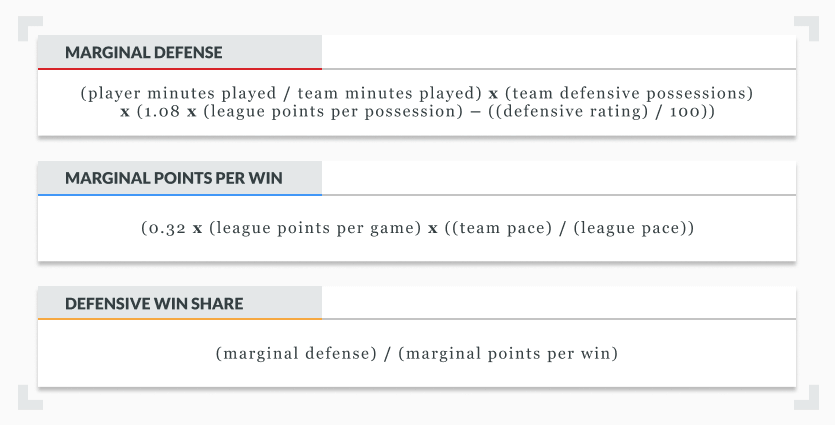 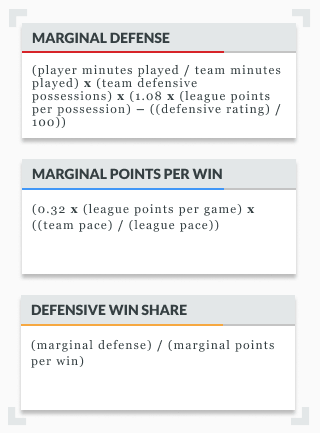 Luckily, calculating overall win shares is easy once you’ve found the offensive and defensive values. All you need to do is add them together to find the number of wins the player has contributed to their team. 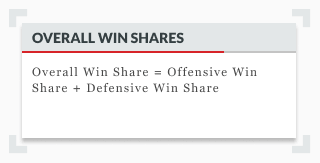 Betting on the NBA is challenging, but there’s plenty of information out there to help you be successful. If you’re looking for more straightforward basketball betting advice, explore the range of NBA articles in our how to bet on sports section.

You can also find more advanced betting strategies in our sports betting strategy section. As always, please remember to wager responsibly, and enjoy the action out there.