Betting on Soccer Is Different: Tips for the Moneyline, Spread, and More 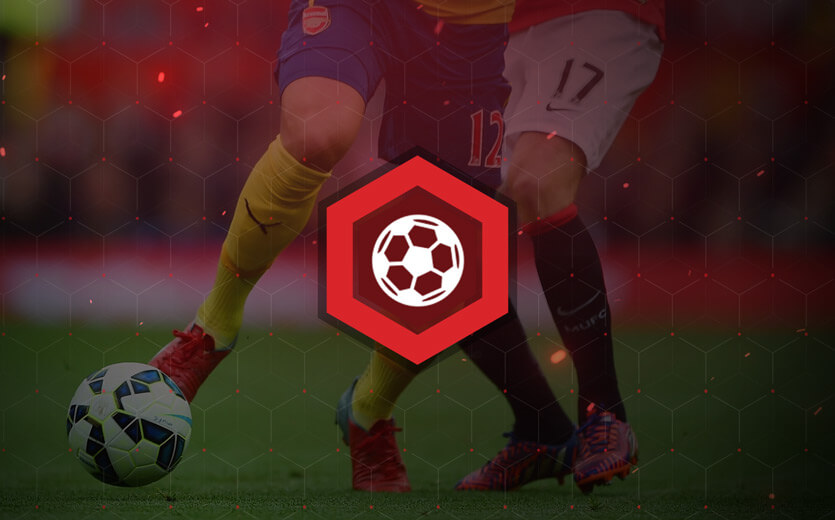 So you’re looking to expand your sports betting portfolio and want to bet on that “other” kind of football? Football, or “fútbol” as it’s known in most parts of the world, is what we in North America commonly know as soccer. Regardless of whatever name you refer to the beautiful sport as there’s a plethora of betting options available to your at online sportsbooks.

No matter what you call it, how does the world’s most popular sport differ from our classic American favorites when it comes to betting?

Betting on soccer can be quite comparable to other sports, but also very different in other ways. Let’s take a look at a few essential things to know before you start betting soccer.

The Most Common Ways to Wager on Soccer

Here we will take a look at how to bet the three-way moneyline, double chance, and Asian handicaps. If you’re searching for a more comprehensive guide to the different ways you can bet on soccer, check out our guide to the basics of soccer betting.

Unlike the NFL, where ties are extremely rare, or other sports where ties are not possible, a tie (or draw) in soccer is commonplace. As such, new bettors to soccer may be surprised to see three options when betting on moneyline markets. Also, note that in some circumstances, you may see this listed as the full-time result.

A three-way moneyline means you can bet either Team A to win, Team B to win, or on the Draw to win. These bets are settled after full-time, meaning at the conclusion of 90 minutes of play plus any added injury time/stoppage time.

In double chance betting, you are placing a bet on two of the three possible outcomes from a three-way moneyline bet. A bettor would typically bet on either Team A to win or draw, or Team B to win or draw.

Since a bet like this will typically be stacking the odds heavily in your favor, don’t expect to see a very big return as the odds will be fairly short. The exception would be if you’re betting on an underdog at odds of around +1000 to win or draw. In this case, you could likely still receive odds of around +300.

In both instances, you are essentially adding a plus-handicap to one team. In betting against the spread (ATS) terms, you’re giving your team a +0.5 handicap so that they can either win or draw the match. However, when choosing two of the three possible outcomes, bettors can also place a double chance bet on the outcome to be a win for either Team A or Team B. Therefore, the only outcome that would result in a loss would be if the match ends in a draw.

That is just one very basic example of how spread betting is sometimes incorporated into soccer. In the case of double chance betting, it is only comparable through the example above to ATS betting.

If you’re looking to make things a little more exciting, then Asian handicap betting may be for you.

If you’re a regular bettor in sports like American football (NFL), basketball, and many others, you’re likely familiar with betting against the spread and over/under betting. Soccer betting also offers these sorts of betting options.

Depending on where you’re placing your wager, you may see this listed as a spread, handicap, or Asian handicap. However, what you may notice right from the start is that these spreads and totals will be set much lower than what you may be used to. Unlike the NFL, there are no real “key” numbers in soccer. Numbers like three or seven which are so important in the NFL, are irrelevant in soccer because scoring in games is much lower. That just means you’ll see spreads of -0.5, -1, 0, -1.5, +0.5, +1, or +1.5 for example.

On many sites, this will be listed as an Asian handicap and half-stakes can be won and lost when betting handicaps such as -0.25, +0.75, etc.

Betting on Soccer In Tournaments

As we touched on earlier, soccer wagers are decided after the game concludes. However, when matches are played during tournaments and cannot end in a draw, extra-time will be played as well.

Extra time is much like overtime in many other sports. After the completion of full-time, teams will take a short break and resume play for another shorter 15-minute half, plus any additional stoppage time minutes from that half.

The first half of extra-time would typically end around 105 minutes of total overall gameplay. After another short break, teams will switch sides and repeat this process once more for another 15 minutes. Bringing the total gameplay to 120 minutes overall plus any additional added time.

Extra time is not played in a sudden-death format and regardless of how many goals are scored during either 15-minute half of extra-time, the full amount of time will be played.

If a winner has been decided at the conclusion of both halves of extra-time then the match will be complete. However, if both teams remain tied, then a shootout of at least five players per team will ensue.

Knowing this is important when it comes to soccer betting if you are placing wagers on competitions such as the Champions League, World Cup, or Euro Cup elimination rounds.

Champions League knockout rounds are decided over a two-legged home-and-home mini-series. The aggregate score over both matches will determine who advances, with away goals counting towards a tie-breaker.

Three-way moneyline bets in these sorts of matches would be decided like normal in the first leg (Game 1). In the second leg, (Game 2) they would only count until the end of full-time and would not include extra-time or penalties should it be needed. As such, full-time bets on a draw or for either team to win will be decided at the conclusion of full-time.

If you wager on either Team A or Team B to win and they win in extra-time or penalties, your bet would be graded as a loss.

In a knockout round scenario like this, if you’re simply looking to bet on a team to win at any time or by any method, the type of bet you’ll be looking for is typically listed as “To Qualify”. This will allow you to simply cheer for your selected team to win by any means.

The Champions League final is a one-game winner-take-all format. A bet for either team to simply win the final through any method is typically listed as “To Win or To Lift Trophy”.

For a World Cup or Euro Cup playoff round, all elimination games including the final are played via single-elimination. To qualify and to lift trophy bets for these events would again come into play.

A Final Consideration That Sets Soccer Apart: Which Team Is Hosting?

One more thing. Be sure to check which team is hosting the match before you bet. For American sports, we are very used to seeing Team A at Team B, where the second or bottom team listed is the home team. 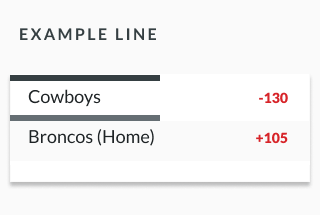 However, depending on your sportsbook, soccer will often be listed as Team A vs. Team B, where the first or top team listed is the home team. 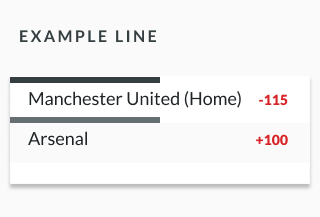 This will vary from book to book, but it’s a good idea to familiarize yourself with the layout of your sportsbook before you get started.

When in doubt, outside of when the road team is far superior, soccer betting odds will generally favor the home team in a match between two relatively evenly opponents, as would be the case in most other sports.

Understanding the nuances of soccer betting can be intimidating at first, but it provides myriad betting opportunities once you get the hang of it. Additionally, you can bet on soccer all year ’round.

You can find out even more about soccer betting lines and the types of wagers you can make on not only soccer but all sports in our How to Bet on Sports guide.