How to Use Strokes Gained for Successful Golf Bets 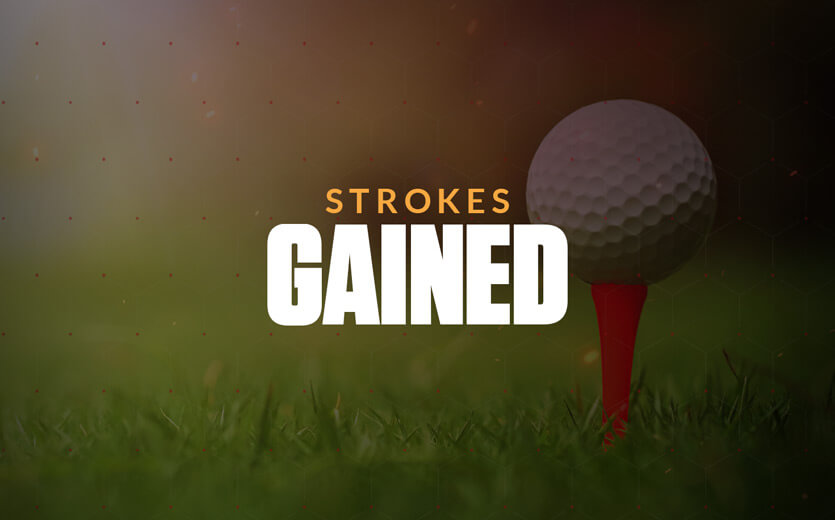 Throughout this hub, and more generally in the golf world, you’ll see a lot of talk about “Strokes Gained.” You’d be forgiven for thinking that SG is either:

a) A dumb way of talking about scoring
b) An impenetrable stat for stat-head losers like this writer.

It’s not. It’s a very helpful and easy-to-understand stat that helps you understand not only the performances of the best golfers in the world, but the contours of their abilities as well. It’s also very useful for betting, due to the insight it provides.

How Strokes Gained Is Calculated

If you’re familiar with how play-by-play efficiency stats work, you’ll understand SG. For every shot and hole in golf, there is a PGA Tour “benchmark” (or a measure of how an average PGA Tour player would perform). Shots are categorized by the distance to the pin in yards, and the surface the shot is played off, whether it’s fairway, rough, green, sand, or “recovery”. How you perform against the benchmark is the measure of your “strokes gained.”

You stick your approach to three feet and sink the putt. Good job! This goes down in your card as a three, but SG lets you learn a little more. On the hole, you gained 1.2 strokes because you scored 1.2 better than the PGA Tour benchmark. On your approach shot, you gained 0.4 strokes, because instead of hitting it to the benchmark eight feet (where you’ll need an average of 1.5 strokes to finish the hole), you hit it to three feet, where you’ll only need 1.1.

The difference between the benchmark result of a given shot and your result is the number of Strokes Gained. You gained 0.1 strokes by sinking the three-footer.

We can also calculate that you hit a good tee shot. The sum of SG for each shot on a given hole has to equal the number of SG on the hole itself. Since you gained 1.2 on the hole, 0.4 on approach, and 0.1 on the putt, your tee shot is worth 0.7.

All that’s very good, but it isn’t worth anything unless we can turn it into betting value.
The first reason to use SG is that it’s a better measure of player quality than anything else out there. Official World Golf Rankings, FedEx Cup points, money list standings: they all take a roundabout approach to measuring relative player quality. Only SG evaluates each and every shot a player makes and assigns it a value in a way that makes sense. In a lot of ways, it’s similar to play-by-play efficiency stats like DVOA or S&P+, except for golf.

The second is that golf is unique in professional sports: It’s extremely venue-dependant. In no other sport (except maybe tennis) does the location of the tournament play more of a role in determining outcomes.

Some courses favor guys who can hit the ball a long way off the tee. Some reward accurate approaches. Some offer challenging putts. You can use SG information (available from the PGA Tour website) to understand what kind of player you’re betting on and understand how their skills match up with the course.