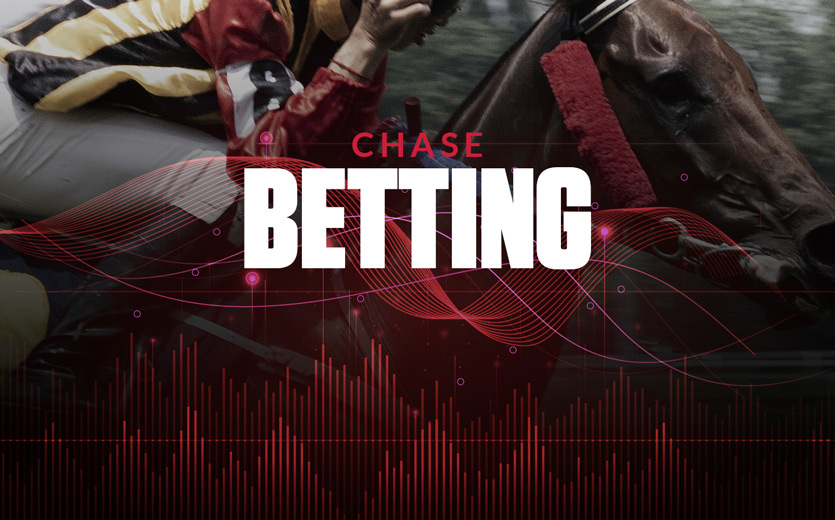 Chasing betting systems are a controversial tactic in sports betting. Of all the debates over the best staking methods for sports betting, chasing is almost universally criticized.

But is there ever a time when it makes sense to chase your bets?

While most bettors would say no, let’s take a closer look at the chase betting system and see if there’s ever a time to reject common knowledge and chase your bets.

What Is Chasing A Bet?

If you’re not familiar with chase betting, we’re going to elaborate in this section. Chasing a bet is essentially betting for the sake of trying to recover for a loss.

For example, let’s say you had $1,000 that you bet on various Sunday NFL games at 1:00pm ET. As it turns out, you lost them all. That’s quite the risk; with single game NFL odds & spreads a safer betting option for those new to betting that involves less strategy and more facts

As a result, you decide to deposit $2,000 into your sports betting accounts and bet all of that so that you can not only win back your $1,000 but also try and make money on top of that.

In this case, you’re assuming a massive amount of risk in attempt to chase a loss or losing streak.

Why Is Chasing Bets A Bad Strategy?

Many professional bettors are opposed to chasing bets because they are often motivated by emotion rather than opportunity and logic. There’s always that stinging feeling after losing a sports bet and many bettors can’t handle it. Many bettors just want to recover their losses as soon as possible.

This approach is problematic because logic tends to go out the window. If you’re betting $50 per game but then need to recover $200 in losses, you might find yourself wagering $400 to get it back.

That wasn’t the original plan. You’re only doing it now to recover your funds, not because you wanted to place this $400 worth of bets.

Such an approach also brings into question the actual picks: were you planning to bet the second wave of games to begin with or are you merely betting them because you want to recover your money and those are the only games left on the board?

Typically, chasing bets includes emotions, large bets and shaky logic. That often leads to even more losses. That’s why so many experts are opposed to it.

What Is A Chase Betting System?

Developing a chase betting system requires following a team or a specific type of bet and simply chasing the bet if it loses.

As long as they keep winning, you keep betting $100 on the game.

At the end of this, the bettor is up $300. It could have been worse but because they chased the losing bet in Game 4, 5 and 6, they recovered the losses and ended up ahead in the end.

The Martingale System and D’Alembert Systems both involve chasing losses, though they do not require you to focus your efforts on a single team or wager type all season long.

The downside to chase betting systems is felt when your team hits a losing streak. Most bettors simply don’t have a big enough bankroll to handle it.

Take the example from above. Our player is betting about $100 per game, meaning they could be risking an $800 bet after just three losses. That’s a fairly unnerving prospect, and for good reason.

What if the team in the example above went on a five or six-game losing streak? Now we’re talking about betting $1,600 or $3,200 on a single game.

Imagine our player is risking $200 per game instead of $100. They’d need $3,200 and $6,400 to chase the bets mentioned above. Sure, if you have endless piles of cash, you should eventually turn out fine but sports can be unpredictable. No one knows for sure when a losing streak will come to an end.

And therein lies the problem with the chase betting system. Most bettors start off thinking “that losing streak can’t go on forever” and start betting against it. However, the Washington Capitals and San Jose Sharks once lost 17 games in a row, the Cleveland Cavaliers once lost 26 in a row, and the Philadelphia Phillies lost 23 in a row.

A lot of bettors try to employ this strategy at the roulette table with red and black, thinking that if you keep betting one color consistently and chasing your bets, you’ll eventually win.

That’s certainly possible, but in reality, there’s no correlation from spin to spin. If you don’t understand why, we strongly suggest you familiarize yourself with the Gambler’s Fallacy.

Don’t be seduced by the simplicity of this approach. Even though we are hard-wired to expect different results from repeated events, reality is very different.

To start, you need a huge bankroll to sustain yourself through losing streaks. Secondly, who knows how long a losing stream can go? You need to have quite the stomach to dedicate yourself to a chase betting system, as you’ll start wagering some really big amounts when you lose three, four, or five times in a row.

You can undoubtedly win money betting on sports, but using this type of “bet it blindly” system is a shortcut that usually doesn’t work out very well for anyone but the sportsbook.

Looking for some reliable strategies based in sound logic? Check out our sports betting strategy section for more.