The Maria Staking Plan: How Does It Work? 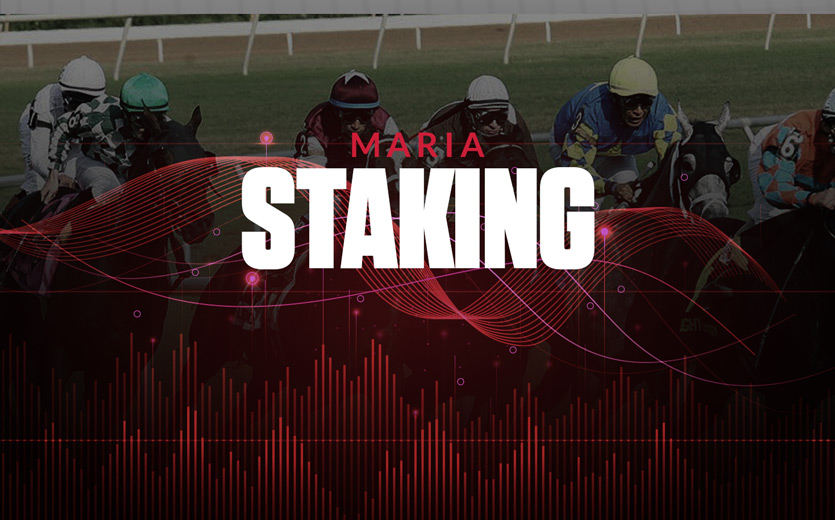 The so-called “Maria Staking Plan” isn’t really a betting system, but a system of bankroll management.

The system was originally popularized by an online persona by the name of Maria Santonix, who turned a £3,000 bankroll into over £100,000 in just over ten months.

Maria bet exclusively on horse racing and never revealed how she was choosing the horses that she bet on, though she did claim to have “connections” in the industry.

What she did reveal was which horses she was picking and the system she used to decide how much to wager. She posted her picks and wager amounts in an online forum and garnered a significant amount of attention as a result of her almost unprecedented success.

How Does the Maria Staking Plan Function?

The Maria Staking Plan allocates a certain percentage of your existing bankroll to each bet. The percentage is determined by the odds connected to the wager.

As it originated in the UK, it’s commonly expressed in decimal odds. The table below sets out the staking system in decimal, American, and fractional odds.

As Maria started with a bankroll of £3,000, most explanations of this system use £3,000 as the starting bankroll. But most new bettors will start with considerably less than that.

Below, we use 1,000 units (which could be Pounds, American Dollars, Euros, etc.) as the starting point.

Does the Maria Staking Plan Work?

It depends on how you define “work.” It is an effective system for increasing your bankroll if you have a solid method of picking winners to go along with it. It keeps bet sizes relatively small and never allows you to allocate too much of your bankroll to relative longshots.

In other words, it lessens exposure to risk, while preventing bettors from chasing losses and trying to score huge windfalls on longshots.

But best of luck achieving the same success rate as Maria did. By all accounts, Maria hit at an 85.88% win rate over her 300+ days of wagering, while laying average odds of +600.

Side note: We believe her claims of having “connections” in the industry.

Nothing in the Maria Staking Plan can tell you which horses, teams, or players to bet on … But [it] is an effective means of ensuring you stay disciplined.

Nothing in the Maria Staking Plan can tell you which horses, teams, or players to bet on. That you will have to do with good old fashioned research and ingenuity. If you have confidence in your ability to pick winners over the long run, the Maria Staking Plan is an effective means of ensuring you stay disciplined.

You can think of it like a diet plan that tells you how much of your daily calorie intake to allocate to breakfast, lunch, and dinner, but doesn’t actually tell you what to eat.

For more insight on other popular betting systems, like the Kelly Criterion and the Martingale System, visit SBD’s guide section.