Okay, let’s be real: 2016 was a bummer year when it came to new gadgets. There were a ton on the market, but the quality and inventiveness wasn’t that great.

For example, the iPhone 7 was released in September, and while that usually gets everyone going, this year it did not. The disappearance of the headphone jack was the latest breakthrough. Really? Have we evolved so much that this is best we can do?

Then there are the health trackers. So many trackers in so many forms. Trackers as watches, trackers as bracelets, trackers as pins and necklaces. I understand people are concerned about their health, but making it more wearable without changing how it works doesn’t scream excitement.

Also, nothing life changing was invented. But that’s where Kickstarter comes in. Every month, thousands of projects are posted to the crowd-funding site, looking for support. While few receive full funding and go on to be produced, those few could be life changing.

Below is a list of current projects that could be game changers next year, even if they’re more fun than functional, and the odds they succeed commercially.

I present to you, the Pixelstick! For photog lovers, this could be the next big thing to take your photos from so-so to spectacular. It’s a stick that takes light painting to a whole new level. So while it may not make your life easier in 2017, it will allow you to be more creative. And if that’s you, this is a win. 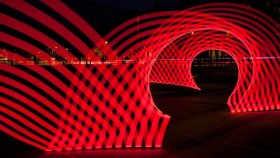 The SnapJet turns you smartphone into a polaroid film printer. It seamlessly interfaces with your phone without any wires or apps, and prints out the photos from your device using real analog instant film. And the good news is, it works with all types of smartphones.

The project has had enough Kickstarter success to be brought to life and should be available for purchase soon. It’s already receiving rave reviews from a number of tech magazines, so if you like polaroids, but don’t like lugging around an extra camera, the SnapJet could be perfect for you. It’s also a great alternative for those of you who are old school, and still go to the store to print off pictures. 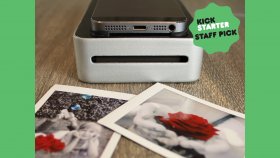 Calling all bassheads! The Basslet could be your next favorite piece of wearable tech. It’s a subwoofer for your body in watch/bracelet form. It works by using sound technology to deliver the beats and bass from your music to you. Meaning, you’ll literally be feeling the music without having to go to a concert or the clubs. 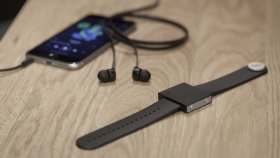 How many of us have made a goal of learning a new language, but never actually do so? MusiGlato makes it easier to reach that goal. It’s an app which uses music to teach you languages. All you have to do is choose the music, and the app transforms your song into an interactive class. It delivers lyrics, translations, pronunciation and a variety of exercises to help with language acquisition.  While it’s a cool idea in theory, you can’t really learn a full language by listening to music. (Unless you want to speak cryptically or poetically.)

If you like to cook or bake, this measuring spoon could be a game changer. It starts out flat, and then folds into whatever size you want. And the best part about it is, since it’s flat, you can easily get everything off of it, or even use it as a spreader.

This kickstarter could already be considered a huge success. Nearly 37,000 people backed the project, and over a million dollars has been raised to bring it to life. That’s pretty impressive, considering the goal was only $10, 000. 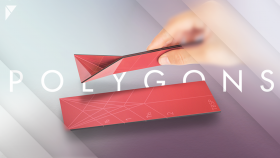 Want to get rock hard abs, but love playing on your smartphone too much? Enter the Stealth. It allows you to exercise while playing games. It’s the first app of its kind, and encourages users to push for high scores while working out, rather than focusing on reps. If you want to get your sweat on, but don’t want to put down your phone, the Stealth will be for you. 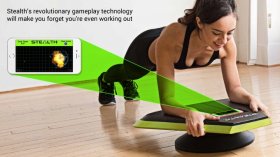 The environment was a hot topic throughout 2016 with many people concerned about global warming and air pollution. In the U.S., poor air quality costs the country over $78 billion dollars a year. It’s a major cause for concern. So, not surprisingly, a gadget was invented to help. The Airbeam is a wearable air monitor that maps, graphs, and crowdsources your pollution exposure in real-time. Because of the support it’s received on Kickstarter, it is already available to the public! 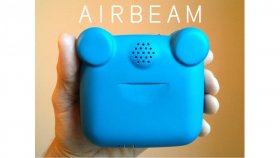 Something cool you don’t really need

This was thought up by a man in the U.K. who wanted a handsfree option for taking photos. His answer: take photos using your feet. While you might think it’s a silly idea, he has the backing of late-night talk show host Jimmy Kimmel, who has showed off the device to his viewers. 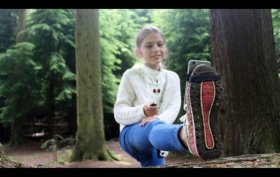 Sydney Benson has a diploma in Broadcast Journalism and spent ten years in television media covering sports before moving into the online world. When she doesn’t have her head glued to what’s happening in sports, she's catching up on the latest entertainment and fashion news.

Sydney Benson has a diploma in Broadcast Journalism and spent ten years in television media covering sports before moving into the online world. When she doesn’t have her head glued to what’s happening in sports, she's catching up on the latest entertainment and fashion news.