Editors note: This article has been updated, and all adds or revisions will be noted with [square brackets]

Now that the 2016 version has come and gone, it’s time to lay down some early odds and predictions on the headliners for the 2017 Coachella Valley Music and Arts Festival. (Hrm, using its full name makes me sound like a middle-aged man who’s never foot in Indio. Weird.)

Usually, the festival has a trio of headliners, one electronic, one rock(ish), and one hip-hop. It ensures a diverse showcase that caters to almost everyone. (Sorry, barbershop fans. Take your crooning elsewhere.)

The organizers are also big on reunions; Coachella has knack for not only bringing people together but putting scorned musicians back on good terms. That was evident in 2007 with Rage Against the Machine, and even this year’s headlining acts: Guns N’ Roses and LCD Soundsystem.

With that in mind, I turn to the fun task of predicting who will headline 2017. I’m only making educated guesses at this point and, every year, promoter Goldenvoice surprises us with its kick-ass lineup. But below are my early picks along with the odds, which will likely be updated as the festival draws nearer.

Daft Punk are already being tipped for a headline slot at Glastonbury 2017, but that can co-exist with headlining Coachella. They played a very memorable show at Coachella back in 2006 and, until someone tells us otherwise, they are our very early favorite. Let’s hope we Get Lucky.

I was going to say Kanye West – and that’s still a possibility because he’ll just come on stage whenever he damn well pleases – but how cool would it be to see Kendrick Lamar headline Coachella in 2017? He made a memorable appearance at the N.W.A. reunion at this year’s festival, and he’ll be a headlining act at Panorama (aka Coachella New York) in July. There’s a decent chance we’ll see him on the big stage in Cali in 2017. Make it so. 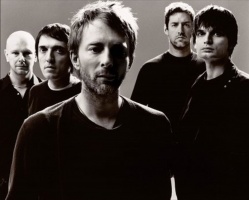 They played a memorable Coachella set back in 2004, and it’s high-time to bring these British rockers back. For now, Radiohead sits third in the odds, but as soon as they finally release their follow up to 2011’s King of Limbs (any day now), the odds will most likely shift in their favor.

Their long-awaited ninth studio album is supposedly done, but everything else is a mystery. This is Radiohead we’re talking about, there will be no marketing, advertising, or announcement. They’ll release it on their own time, in their own way. That said, they’ve already been selling tickets for their upcoming world tour, so you figure the album will be out prior. In my head, it’s a no brainer to anoint them as a headliner at Coachella 2017.

Metallica is one of the greatest rock/metal bands of all-time but has never headlined Coachella. That could be considered blasphemy in some corners of the universe. Is their time nigh? Last year, Guns N’ Roses rocked the desert; the year before that, AC/DC delivered the thunder. Metallica are the perfect pick to keep that trend going. The band is very close, depending on what you read, to releasing its tenth studio album, so the timing could be perfect for James Hetfield, Lars Ulrich, and crew to Ride the Lightning straight to Indio.

Put this one in the reunion category. It would be pretty epic if Swedish House Mafia had a reunion show on the Coachella stage. The light show alone would be a trip. Maybe I’m dreaming, but to have Axwell, Angello, and Ingrosso back behind the turntables, spinning out old SHM tracks would draw people from all over. When they broke up in 2012 due to inner turmoil, it was at the peak of their popularity. Is five years enough time to calm the waters of that frosty fjord? If Guns N’ Roses can play nice, so can three DJs.