Madison Bumgarner’s MLB career has resided in just one city. The gargantuan 6-foot-4 and 250-pound lefty has played for San Francisco dating back to 2009, when he received his first shot in the big leagues. But he’s officially a free agent now, leading to oddsmakers posting a prop bet on which team will sign Bumgarner for the 2020 season.

Now 30 years old, Bumgarner has exquisite career totals with San Fran. His win-loss record is 119-92; his earned run average (ERA) is 3.13; and he has accumulated 1,794 strikeouts. Yes, he most certainly has fanned his fair share of dudes.

The Atlanta Braves, meanwhile, have a more-than-serviceable starting rotation. That being the case, is it wise to bet on Atlanta at +150 odds to sign Bumgarner?

A four-time All Star and three-time World Series champion, Bumgarner is about as clutch a pitcher as there’s ever been. He has a staggering 0.25 ERA in the World Series and the most innings pitched in a single postseason with 52.2 in 2014, both of which happen to be MLB records. He was named World Series MVP in that 2014 postseason and also owns rings from 2010 and 2012.

Not only can he do it from the rubber, he can bring the wood at the plate, as well. He’s only a .177 hitter for his career, but he’s hit 17 home runs since 2014. No other pitcher has hit more than seven (Michael Lorenzen).  Bumgarner is one of only two pitchers to ever hit two grand slams (along with Tony Cloninger).

On this day, 4 years ago #Bumgarner cemented his #postseason legacy #sfgiants @SFGiants pic.twitter.com/02861fG164

Braves, Giants or the Field

Which team will Bumgarner end up signing with? It’s interesting to me that the Braves’ odds to land the powerful lefty are +150. Why are San Francisco’s odds worse at +200?

Bumgarner has outright said that he’d love to play for Atlanta, but that doesn’t mean he wants to wave San Fran goodbye for good. He doesn’t. As previously mentioned, the Braves have a very good pitching rotation led by the still-improving arms of Mike Soroka and Max Fried. But who wouldn’t want MadBum if they could afford him?

Every team in MLB is looking to improve, and the addition of Bumgarner could very well make the Braves truly legitimate World Series contenders. But I just don’t see it. I believe the price they’ll have to pay to acquire his services is too high.

The Giants were widely expected to deal MadBum at the deadline last year and enter a full-on rebuild. But they didn’t. There’s clearly still some hope in this organization that the Giants can contend. Re-signing a still-effective Bumgarner, who also happens to be a Bay Area legend, would be a step in that direction. My best bet for Bumgarner is San Francisco at +200. 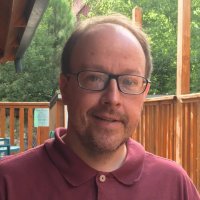