We can’t recall whether it was Horace Greeley or the Village People who first said, “Go West, young man,” but many of the NBA’s top stars certainly heeded the call this summer. Paul George, Jimmy Butler, Paul Millsap, and Jeff Teague all packed their bags and made the move from the Leastern conference.

Their mass migration has added to the growing imbalance between the two conferences and played a big role in the win total projections recently set. The Sin City odds makers believe the Golden State Warriors will run away with the regular season and have selected five Western teams among their top seven finishers.

Yesterday we took a look at the lowly East, and today we examine how things will play out in the West.

No team had a more efficient summer than the Warriors. The defending champs quietly re-signed Kevin Durant, Steph Curry, Andre Iguodala, Shaun Livingston, Zaza Pachulia, David West, and JaVale McGee, and bolstered their bench by agreeing to terms with Nick Young and Omri Casspi. There were no hold-outs, no stalemates, and no drama. It was just business as usual for the NBA’s model franchise. Expect the 2017-18 season to unfold just as seamlessly as Golden State exceeds last year’s win total and racks up 69 victories.

While most teams are running layup drills and three-man weaves during the first day of camp, the Rockets will be busy introducing themselves. Houston will have six new players on its roster, including heavily hyped new acquisition Chris Paul. Adding a nine-time All-Star into the mix will help to soften the blow, but chemistry could be a major issue during the first quarter of the season. We’re taking the under on Houston until they can prove they’re a truly cohesive group.

The Spurs are like the Energizer Bunny of the NBA: they keep going, and going, and going. San Antonio has won an average of 58 games per year since 1999 and has hoisted the Larry O’Brien trophy five times over that span despite trotting out a rotating cast of overlooked and undervalued players. The wheels will surely fall off at some point, but it certainly won’t be next season. Take the over and prepare to shake your head in wonder as they reel off 58 wins yet again.

Given the mass hysteria surrounding the acquisition of Paul George, it may surprise you to discover that Westgate thinks PG13 will only improve the Thunder by 4.5 games. That seems overly conservative to us given his rare two-way ability. We’re also bullish on the signing of Patrick Patterson, a vastly underrated stretch four who will supply more offense than the departing Taj Gibson, while providing the same often-overlooked intangibles. The Thunder may not be a championship team but they have all the makings of a 53-win squad.

The sportsbook believes the Bulls will lose an additional 19.5 games in 2017-18 and the Wolves will win an additional 17.5, based largely upon the three-time All-Star’s migration to the North Star State. That seems overly ambitious to us. Butler is one of the game’s top two-way players but he’s far from being a franchise savior. We’re taking the under and bracing ourselves for a deluge of snowballs from angry Minnesota fans.

Denver’s five-year absence from the NBA playoffs should come to an end this season. The team wisely scooped up Paul Millsap in the offseason and can expect internal improvement from their young core of Nikola Jokic, Jamal Murray, and Juan Hernangomez. They may not have the star power of the West’s other top teams, but their enviable depth will allow them to mix and match lineups and weather any potential injuries. Take the over on the Nuggets and watch as they send older teams huffing and puffing out of the Mile High city.

From 2011 to 2017, we knew exactly what we could expect from the Clippers. They would win over 50 games, DeAndre Jordan would miss 57 percent of his free throws, and they would flame out spectacularly in the playoffs. However, now that Chris Paul has jumped ship, it’s hard to know what to make of the new look Clips. Will Austin Rivers take the next step forward? Will Milos Teodosic prove to be an NBA-ready talent? Will Blake Griffin and Danilo Gallinari break their hands on each other’s skulls in a bloody locker room beatdown? We really don’t know, and that’s what makes this team so fascinating. We’re playing it safe and taking the under until there are more answers than questions swirling around this enigmatic club.

The Trail Blazers were a better’s worse nightmare for the first half of last season. The team would tease you by blowing out the Pacers by 22 one night, only to fall to the exact same club by seven points one week later. They finally found some measure of consistency in February with the acquisition of Jusuf Nurkic from the Nuggets. The 7’0” Bosnian averaged 15.2 points, 10.4 rebounds, 1.9 blocks and 1.3 steals per game and led the team to a 14-6 record before suffering a season-ending fibular fracture. Nurkic is reportedly healthy again, and we believe his presence is enough to lead the Blazers to 44 wins.

It’s a shame it’s so hard to get a drink in Salt Lake City, because 2017-18 could be a brutal year for Jazz fans. Utah lost Gordon Haywood and George Hill in the offseason and won’t come close to the 51 wins they rattled off during last year’s dream season. Sure, Rudy Gobert and Rodney Hood are still around, and Donovan Mitchell has promise, but the Jazz are poised to take a big step back as they search for a dependable new go-to guy. Take the under as the Jazz struggle to hit all the right notes.

It’s great having a Big Three, but you can’t win in the NBA if the other nine players on your team are a bunch of stiffs. The Pelicans have spent so much money on their superstar trio of Jrue Holiday, Anthony Davis, and Boogie Cousins that the cupboards have been left completely bare. That critical lack of depth will prevent them from reaching 39 victories and securing one of the West’s eight playoff spots.

The Grizzlies have long prided themselves on grinding down opposing teams, but no one is going to feel the grind more this season than Memphis’ fans. Zach Randolph, Tony Allen, and Vince Carter were all allowed to walk (and in some cases hobble) out of town this summer, and management did little to replace them. Take the under and bid a fond farewell to one of the NBA’s truly iconic teams. 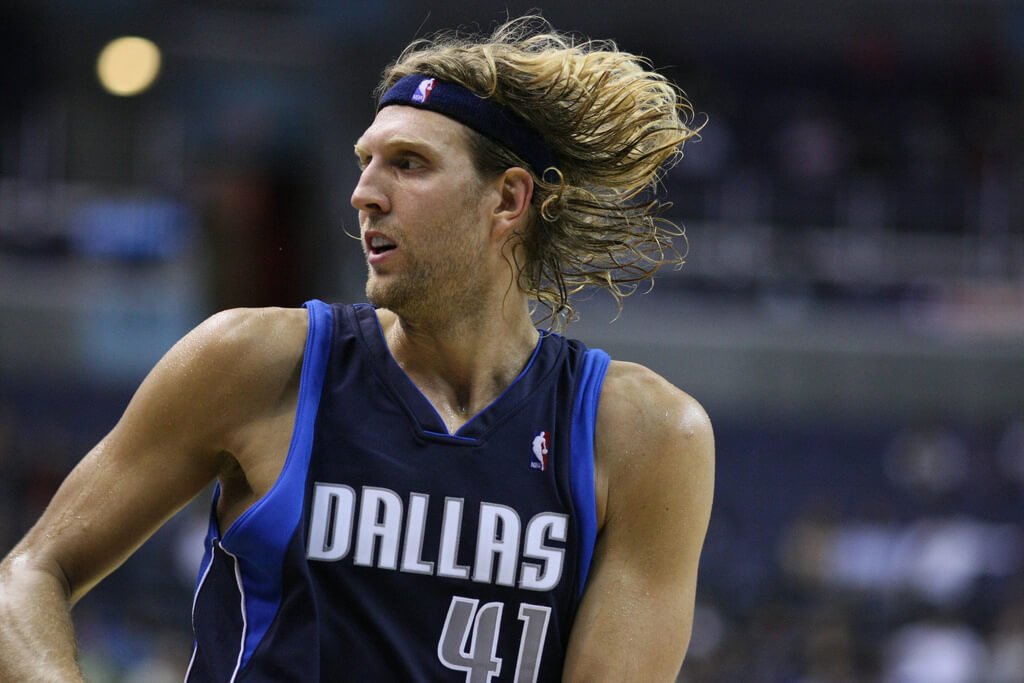 We hate seeing Dirk Nowitzki winding down his career on a middling team but that appears to be his lot. The Mavs did little to improve their roster over the offseason and will be counting heavily on internal improvement from Harrison Barnes, Nerlens Noel, and Seth Curry. That’s a scary thought considering all three players were written off by their previous teams as recently as a year ago. Take the under and enjoy the drawn out start of Nowitzki’s two-year farewell tour.

Lavar Ball’s playoff guarantee  was ignored when they set the over/under for the Lakers at 33.5 games. It’s a wise decision as the franchise is still in rebuilding mode more than five years after their last postseason appearance. 2017-18 will be all about nurturing the team’s young core and re-establishing a winning culture as they attempt to lure LeBron James and Paul George to the bright lights of LaLa Land. We’re personally taking the over as we think the Lakers have just enough talent to push them past 35 wins.

The Sacramento Kings have spent so much time digging themselves out of a hole that it’s a miracle they haven’t made it to China yet. Year 12 of the team’s seemingly endless rebuild should at least be marginally more enjoyable as the club finally has a clear sense of direction. De’Aaron Fox, Buddy Hield, and Skal Labissiere are all solid building blocks, and new acquisitions George Hill and Vince Carter should help to keep the kids in line. While 28.5 victories are within reach, we’re taking the under until all of the Kings’ men begin to gel.

The future is bright for the Suns, but not quite as bright as Westgate’s win total may suggest. The franchise won just 24 games last season and will have to play all of 2017-18 without Brandon Knight, who recently underwent surgery to repair a torn ACL in his left knee. Sure, Phoenix has plenty of other live bodies, but most of them are still under the legal drinking age. Take the under and check back on the team’s exciting young nucleus in another two-to-three years.