The Suns (16-29, 8-13 away) and Nuggets (23-22, 16-5 home) both enter tomorrow’s game at the Pepsi Center badly in need of a win. Denver has lost three of its last five games and has slipped out of the playoff picture as it awaits the return of Paul Millsap. The versatile four-time All-Star was supposed to put the team over the edge this season, but has already missed 27 games and is still weeks away from returning. His absence has exposed the Nuggets’ weak interior defense and has robbed the team of one of its best clutch performers.

The Suns, meanwhile, have lost five of their last six games and find themselves in 11th place in the West. Like Denver, they’ve also been beset by injuries, having to scrape by without starting point guard Brandon Knight, who has been ruled out for the 2017-18 season with a torn ACL. More recent setbacks to Marquese Chriss and T.J. Warren have also forced interim head coach Jay Triano to go deep into his bench and play a group of scrubs better suited to the G League than the Big Leagues.

One of the few bright spots for the Suns has been the play of Devin Booker, who is averaging 25.2 points, 4.6 rebounds, and 4.5 assists in his third season. The 21-year-old guard went off for 43 points on Tuesday against the Blazers and has scored 30 or more 14 times this season. His feel for the game has improved with each passing season and he’s taking – and making – more threes without compromising his ability to get to the bucket and draw fouls. Not only has the Kentucky product upped his scoring average this season (22.1 to 25.2 PPG), he’s also dishing more dimes (3.4 APG to 4.6 APG), grabbing more boards (3.2 to 4.5 RPG), and generally being more efficient with his time on the floor (14.64 to 19.42 Player Efficiency Rating).

The Suns will need another huge performance from Booker if they hope to steal a win in Denver and start to get their season on track. 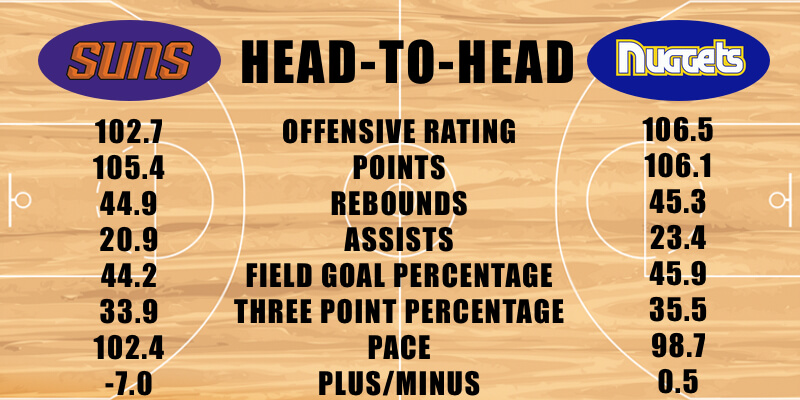 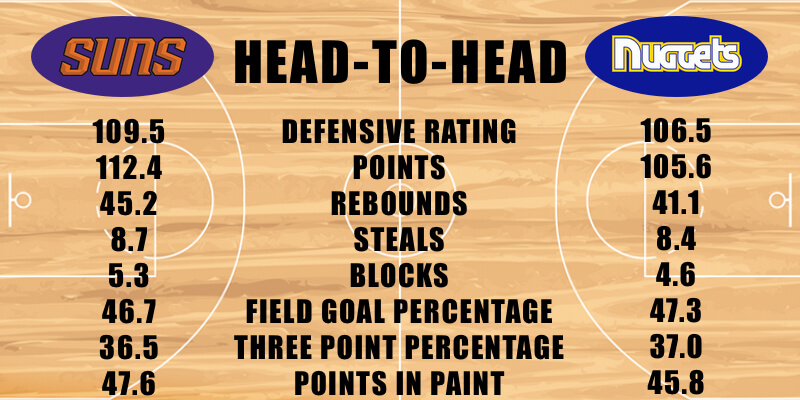 Denver clobbered Phoenix 134-111 during their first meeting of the season on January 3rd. Gary Harris scored 28 of his season-high 36 points in the first half and the Nuggets used a 37-point third quarter to put the game well out of reach. Devin Booker paced the Suns with 17 points and was one of five Phoenix players to finish in double figures.

In their defense, the Suns played at home the night before and only arrived in Denver five hours before tip-off due to plane troubles. Phoenix guard Isaiah Canaan acknowledged the delay following the game, but refused to blame it for his team’s loss. “Obviously, it was a tough travel day,” he told reporters, “but it’s part of the game and it’s our job. We’ve got to come out and play no matter what the circumstance is.”

SUNS: The Suns lost to the Blazers 118-111 on Tuesday night. Portland led by as many as 25 points late in the third quarter, but Devin Booker scored 21 of his 43 points in the fourth to narrow the gap. Backup guard Troy Daniels chipped in 18 points on 6-13 shooting as Phoenix lost its third straight game.

NUGGETS: The Nuggets blew a ten-point third-quarter lead and fell to the Clippers 109-104 on Wednesday night. Gary Harris had 19 points on 7-13 shooting, but was unable to produce when it mattered most. Head coach Mike Malone didn’t sugar coat the loss afterwards, chastising his team for folding late in the game. “If teams are watching us, they’re just going to ratchet up the pressure and watch us turn the ball over and self-implode,” he told reporters.

Chriss has missed the last three games with a right hip flexor injury and will not suit up. Williams is recovering from arthroscopic surgery to repair torn cartilage in his right knee and is not expected to return until March. Knight is out for the season with a torn ACL, as mentioned.

Murray is in concussion protocol and has been ruled out. Millsap had the cast removed from his left wrist on January 10th and is expected to return to action following the All-Star break.

Denver may not be an elite team, but it certainly plays like one at home. The Nuggets are 16-5 at the Pepsi Center this season, averaging 6.3 more points, 4.6 more assists, and 1.3 more rebounds per game than they do on the road. Credit the thin air of Denver or the restorative power of Rocky Mountain Oysters if you like, but there’s no denying the fact that Mike Malone’s squad plays like a different – and significantly better – team on its own court.

By contrast, Phoenix is just 8-13 on the road this season, and concedes more points, assists, steals and blocks when playing away from the friendly confines of Talking Stick Resort Arena. Like most young teams, they struggle to finish off close games and have a penchant for getting rattled.

Expect the Nuggets to take advantage of the Suns’ youth and inexperience, and to make the most of their home-court advantage. 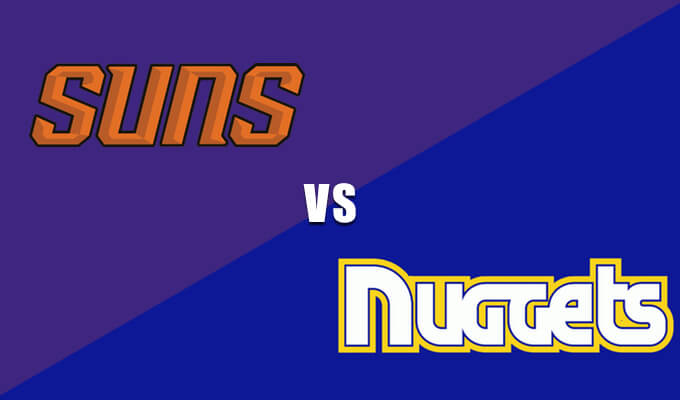 Denver beat Phoenix by 23 points during their first meeting, but it’s unlikely they’ll replicate that feat this time based on the available personnel for both teams. The Nuggets will be without the services of starting point guard Jamal Murray, while the Suns should get a big boost from the return of T.J. Warren, who missed the last four games due to illness and back spasms. The 6-foot-8 small forward is averaging a career-high 19.7 points on 49-percent shooting and gives the team a viable number-two option behind Booker. He’s far from an All-Star, but a healthy and refreshed Warren should help prevent this game from going off the rails.

Phoenix and Denver combined for 245 points during their first meeting of the season, but there were a number of factors at play that caused the final score to be higher than anticipated. For starters, the Suns were unable to go through their regular routine due to plane troubles that delayed their arrival. It may sound trivial, but NBA players are creatures of habit who rely on regular pre-game rituals.

Phoenix was also playing without Tyson Chandler, who leads the team in rebounds and anchors the defense. Chandler’s skills have clearly eroded since he was named Defensive Player of the Year in 2012, but he’s still a menacing presence in the lane who changes shots and erases many of the mistakes of Phoenix’s young wings.

Chandler’s presence should keep the score lower, as should the fact that the Suns and Nuggets have hit cold streaks lately. Both teams have been held under 100 points three times in the last five games and have looked lost at times offensively. Denver clearly misses the spacing and facilitation of Millsap, while Phoenix is left with few viable options when Booker and Warren sit. Take the under and brace yourself for a messy and woefully inefficient game.

Suns vs Nuggets is just one of seven games on tap on Friday night. Here are our other six straight up picks. 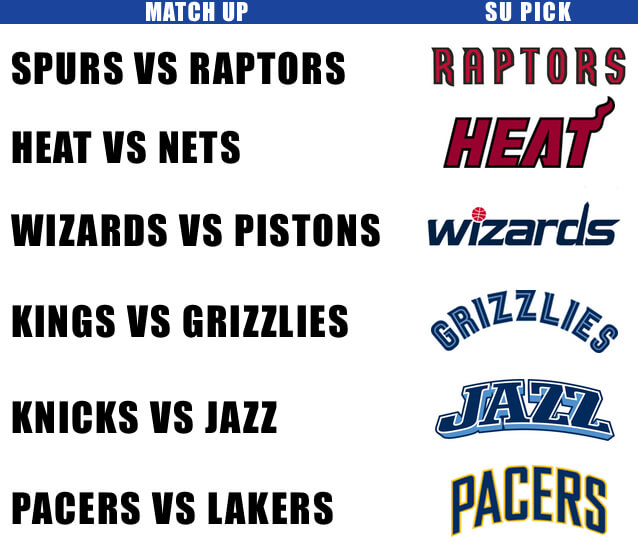