We took a beating in the Divisional Round of the NFL playoffs. Thanks to JK Dobbins dropping a pass in the red zone, the Saints offense struggling, Chris Godwin not getting the looks I expected, and Kareem Hunt getting the goal line touchdown over Nick Chubb, we went just 3-6 on our player props and lost 2.47 units. That record would have been even worse if Lamar Jackson didn’t leave the game early as well.

I’m not bitter, though …

That’s enough dwelling on the lost units. We’re looking ahead to the AFC and NFC Championship games this Sunday, January 24. With just two games on the schedule, our player prop offerings continue to dwindle. That doesn’t mean there isn’t value, though.

First, you’ll find all the passing, rushing, and receiving props available for the Conference Championships, followed by my favorite bets, and then you’ll see the touchdown props (first touchdown and anytime touchdown) in the second half of this post, again followed by my picks.

Odds as of January 22

The Tampa  Bay defense is the best in the league against the run, allowing just 80.5 yards per game on the ground and 3.6 yards per carry during the regular season. In their two playoff games so far, they’ve allowed 86 and 104 rushing yards per game, an average of 95 per.

The Packers possess the league’s eighth-best rushing attack and average 4.8 yards per rush, good for seventh in the NFL. However, I don’t foresee Matt LaFleur scheming to attack the strength of this Bucs defense. When these two teams met back in Week 6, Tampa Bay held Aaron Jones to just 15 yards on ten carries.

This game is going to be placed in Aaron Rodgers’ hands. LaFleur will get the ball out of Rodgers’ hands quickly, taking advantage of Davante Adams’ route-running underneath. Even if Green Bay takes a lead in this game, I foresee them using quick passes and screens as their running game.

Rodgers has only surpassed this total (279.5) once in his last four games. But the three misses were games that were over early. Tom Brady will keep the Bucs competitive in this one.

Since the playoffs started, Leonard Fournette has been the guy in the Tampa Bay backfield. The former Jaguar has seen 85% and 68% of the Bucs’ offensive snaps in the last two games. But he wasn’t very efficient with those carries last week against the Saints. 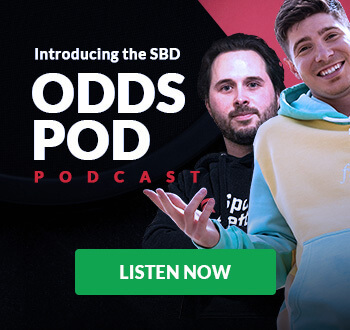 Fournette totaled 63 yards on 17 carries, averaging 3.71 yards per carry. Meanwhile, Ronald Jones’ snap count has plummeted, only seeing 29% of the offensive snaps last week after missing the Wild Card Weekend game against Washington. Jones seems to touch the ball when he’s in the game, though.

In his 21 snaps against the Saints, Jones got 13 carries, plus one target, that he turned into 62 rushing yards, averaging 4.77 yards per carry.

In a game against a Packers run defense that allowed 4.5 yards per carry (21st) in the regular season, and just allowed 5.0 yards per carry to Cam Akers last weekend, I like Tampa Bay to do everything they can to get their ground game going early.

When these two met in Week 6, Jones rushed for 113 yards on 23 carries. I don’t foresee him matching either of those totals, but 35.5 is far too low for a running back who’s averaging 71.5 rushing yards per game over his last four.

When the Bills played the Chiefs back in Week 6, it was an ugly, rainy game that resulted in Stefon Diggs’ second-worst yardage output of the season. The star wide receiver turned his eight targets into six catches for just 46 yards.

But Diggs averaged 95.9 receiving yards per game in the regular season, and has notched 128 and 106 yards, respectively, in Buffalo’s two playoff games. When the stakes are high, Josh Allen is going to his guy.

The former Viking has averaged 122 receiving yards per game over his last six, and has surpassed 105 yards in all but one of them. That lone game was Buffalo’s Week 17 clash with the Dolphins, where Diggs only played 48% of the offensive snaps and still racked up 76 yards.

I see the Bills falling down early in this one and Allen forcing a lot of passes to Diggs. The 93.5 receiving total is high, but not nearly high enough.

Odds to Score a Touchdown in Conference Championships

Picks to Score a Touchdown in Conference Championships

These are pretty chalky, but I’m confident all these teams will be looking to their stars in the biggest moments this Sunday. Here’s my best bets: