On October 28th, the 2-4 Pittsburgh Steelers will host the 0-6 Miami Dolphins on Monday Night Football. Pittsburgh has opened as 14.5-point favorite, which is their largest spread of the season, as you can see in the Dolphins vs Steelers odds & stats.

In Week 7, Miami played one of their few truly competitive games of the year, losing to the Buffalo Bills 31-21, in a game where the Bills were favored by 17. This marks the second week in a row in which the Dolphins have covered the spread as underdogs.

Meanwhile, the Steelers will becoming off a bye, and will look to carry over their momentum from a big win on Sunday Night Football over the Chargers in Week 6.

Will the Line Move?

The spread should come down after Miami has covered the last two weeks with Ryan Fitzpatrick seeing success under center, if they choose to start him again next week.

Fitzpatrick played well against the strong Bills defense, passing for 282 yards while completing 23 of his 35 pass attempts.

Fitzpatrick will also have an affect on the total as it may increase with the Dolphins uptick on offense.

With Miami clearly in tank mode they may be looking to move on from players with trade value remaining on their roster like Kenyan Drake and DeVante Parker.

Dolphins have had trade talks regarding RB Kenyan Drake (per @RapSheet)https://t.co/byStMKykSL pic.twitter.com/qDw6TeET1I

The Dolphins’ offense has been so inept this season that the loss of Drake or Parker would not significantly change the total or point spread for their upcoming game with Pittsburgh. Drake, the once promising running back prospect has not lived up to this past reputation, only accumulating 153 rushing yards this year on 3.7 yards per carry.

Drake’s impact on the offense has been minimal this season to say the least. The talented wide receiver DeVante Parker has not had much more of an impact than Drake. Parker has only been able to pile up 229 receiving yards while catching two touchdown passes so far this season. These two players may have some value when it comes to acquiring future draft picks, but if they are no longer on the Dolphins, their absence will not affect any betting matters.

Miami showed a ton of fight in one of the NFL’s toughest environments in Buffalo on Sunday, and if Fitzpatrick remains under center they might have a chance to do it once again in Pittsburgh next Monday night.

That being said, it would be risky to bet the Dolphins to cover a spread against a Steelers team that usually plays well at home, and this looks to be a stay away. 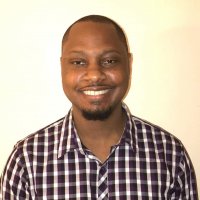 Damian Adams is a Navy veteran, who found his passion for sports writing while in service. After serving 4 years, he began his second career in sports media. Originally from New Orleans, Damian now resides outside of Phoenix, AZ.

Damian Adams is a Navy veteran, who found his passion for sports writing while in service. After serving 4 years, he began his second career in sports media. Originally from New Orleans, Damian now resides outside of Phoenix, AZ.