Welcome to The Matters of Matt, where I (Matt McEwan) get to tackle what I care about most: sports. Here I will take on the hottest topics in the world of sports, weighing in with my unexpurgated opinion while predicting future outcomes. If you prefer your sports news to be mild and respectful, then this recurring feature isn’t the place for you.

Before we get started here, I need to be honest with you guys. The last time I set foot on a skateboard was around the time Tony Hawk landed the 900 for the first time. While my interest in the incredibly challenging sport lived on, my desire to continue scraping my knees and bruising my hips faded. I once had road rash from the top of my right shoulder all the way down to my right ankle from attempting to grind down the curb of a steep hill; it’s no coincidence that my skateboarding “career” ended shortly thereafter.

However, that’s not every child’s experience on a skateboard. Most were far better than me, and some built a true love for the sport. They endured many of the same scrapes and bruises, but did not allow that to deter them from doing what they loved. So, that’s why I had to seek out the assistance of a couple exceptionally passionate skateboarders in writing this article.

It’s my pleasure to introduce you to Carlos Lastra and Eric Martinac. Both are amateur skaters pursuing a professional career in the sport, and each one was patient enough to answer my litany of questions about the SLS Trick of the Year competition – displaying the sticktoitiveness that young Matt lacked on a board. 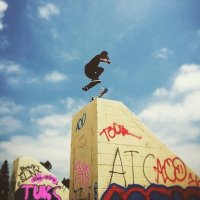 Briefly, “Trick of the Year” is a contest put on by Street League Skateboarding, which lets the public vote on the best trick video submitted by amateurs and pros alike. Anyone over 13 years of age can submit an entry. But since these two are far more educated on many of the topics at hand, I will let them do the heavy lifting on explaining the transformative competition.

My aim in our discussions was to figure out what the competition has done for the sport, what the results will be of this year’s contest, what the future will look like for the winner, and where the competition is headed (while also learning the technical aspects that go into landing a Fakie Halfcab Noseslide, Nollie 270 Heelflip Out, of course. I’ve still got time to get back in the game, after all).

SLS Trick of the Year

What has it done for the sport? 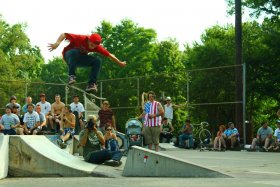 Prior to this competition, getting noticed in the world of skateboarding was not an easy task. If you were a young, amateur skater, you could produce a video of your best tricks and upload it to the internet, but there was no guarantee anyone would see it. If you wanted to promote your video to ensure it received views, you had to open up your wallet.

Now, Street League Skateboarding has provided skaters from all over the world with a platform; if you can skate and get your sick tricks on video, it will get views. Although the contest is still relatively new – 2016 is its second year – social media has allowed it to catch on quickly, even extending beyond North American borders.

Here’s what Carlos and Eric have to say about it…

Carlos: “It was a sick idea, and has changed the landscape of the sport. Since it gives everyone an opportunity to submit a video, we were no longer just hearing rumors about amazing tricks, but actually getting to see them now. The contest provides everyone with the chance to have that golden shine, and drives each and every one of us to come up with tougher tricks, which will only continue pushing the sport in the right direction.”

Eric: “It has been great for skaters worldwide! The use of social media allows everyone to get involved and provides an opportunity to gain not only national, but international exposure. This leads to more chances of obtaining sponsorship for all, which will allow more of us to achieve that dream of becoming a pro.”

Which is better: a mind-boggling trick or a jaw-dropping one? Hmm, I’m having a hard time with it as well, but that’s what the voters (the public) are being tasked with in trying to decide the 2016 trick of the year.

Though the decision may be difficult, there must be a winner. So here are the odds for who will take home the $10,000 prize:

(Due to the audio the video is not embedded, but you can follow the link to watch.)
Jason Park: 7/1

Sw varial heel nose grind fakie flip reposted for @slstrickoftheyear #trickoftheyear ? @tsavvv click the link in my bio to vote for me?

The top spot on the leaderboard has belonged to Carlos for quite some time now, but he’s very aware that there is still a lot that could change.

Carlos: “I know it’s going to be a close one, so fingers crossed. I’m honored to be where I am, though, and hope the voters continue to show their support. Of all the amazing tricks that have been submitted by some truly sick skaters, I have to admit, Vinnie Banh’s hardflip indy is the main one I’m keeping my eyes on.”

Along with Banh, there are countless other incredibly gifted skaters vying to put an end to Carlos’ reign at the top. Eric is also one of the top contenders, and he had this to say about this year’s competition:

Eric: “This competition is super competitive, as you can see by the number of entries, and the different states/countries that are being represented. To be where I am at this point is such an honor, and I can’t thank the voters enough for the love my trick has received.

There is only so much you can do to promote yourself, though, so once those options have been exhausted, it’s out of your hands and completely up to the voters. So we’ll see what happens from here – may the best trick win.”

While we won’t know the winner until the end of the year, some things are certain: this year’s champion will receive $10,000 and have his name displayed all over the SLS webpage. What other opportunities will await the champ? What will their future be with the SLS? And, most importantly, what will they do with the money?

I can’t tell you for sure, but I can provide you with some odds.

Odds the champion will… 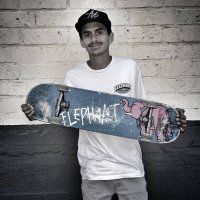 As was the case with last year’s winner, Kelly Hart, 2016’s champion will gain a lot of credibility and exposure in the skateboarding world. The majority of the top contenders already have sponsorship, but odds are that whoever triumphs will receive more, and from bigger names in the business. If they are already on the cusp of becoming a pro, like Lastra, this title will likely put them over the top. As Lastra and Martinec said …

Carlos: “The winner will not only gain a ton of exposure, but also gain a lot more opportunities in the sport.”

Eric: “The winner will take a big step towards achieving their dream.”

In terms of a future with the SLS, it seems like a great idea to bring back the winners and allow them to at least skate in one of the league’s events – maybe a trick of the year champion vs. champion event? (Wink, wink, nudge, nudge.)

Odds on what the winner will do first with the money: 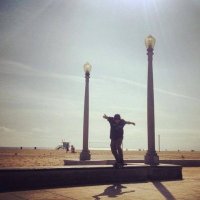 Come on, you wouldn’t buy a couple bottles and celebrate with your friends right away? As much as paying off debts or investing seems like the intelligent, responsible decision, it doesn’t have to be the first thing they do with it. (I’ll tap the keg, who wants to pump?)

Eric: “I’d probably move somewhere like Cali or NYC, where I can skate with more people and have more places to film at my disposal.”

Carlos: “Spend a little, save a lot. I’d definitely be stoked, but have to be smart about my earnings.”

Saying that this competition has taken off would be a major understatement. It has been able to unite skaters from all over the United States, but hasn’t stopped there. Even athletes from outside of North America have been submitting tricks and enjoying a lot of success.

Not only will the actual Trick of the Year contest continue to grow through more entries and a bigger cash prize, but it will also further the sport by inspiring more creativity on all levels. All of the pros are watching, and the impressive tricks they’re seeing will only influence and motivate them to raise their games.

Here is what I see the future of this competition looking like. 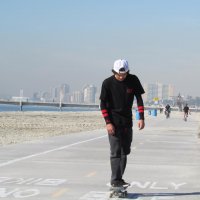 Odds future Trick of the Years competitions will…

To quote the great Lil’ Wayne, “the sky is the limit” for this competition, and the same can be said about the SLS as a whole, thanks in part to the success of this contest. Amateurs are thrilled with the chance to compete against and be noticed by some of their idols. As mentioned, it’s already spanning borders, and that trend is only going to become more pronounced.

I’m glad to know the guys agree with me, too… 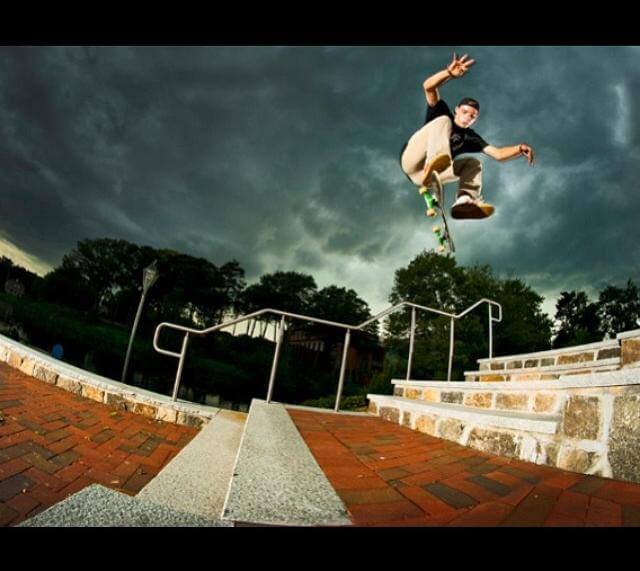 As for the probability of me dusting off my old deck and taking to the streets, we’ll just have to wait and see how much the cash prize grows – there’s nothing wrong with $10K, but it would take about $50K to deal with that road rash again.

On a serious note, a huge thank you to both Carlos and Eric. Their patience and inclination to help a non-skater was beyond appreciated, and it was an honor to have the opportunity to chat with such talented athletes and even better individuals.

(All photos courtesy of Carlos Lastra and Eric Martinac)