The 2020 Presidential Election took place on Nov. 3rd and Democratic challenger Joe Biden was declared the winner on November 7th. The Trump era will end and the Biden era will officially begin at 12:00 pm ET on January 20th, 2021.

The graphs and tables, below, show the odds for both candidates (and those who fell by the wayside) over the last several years. 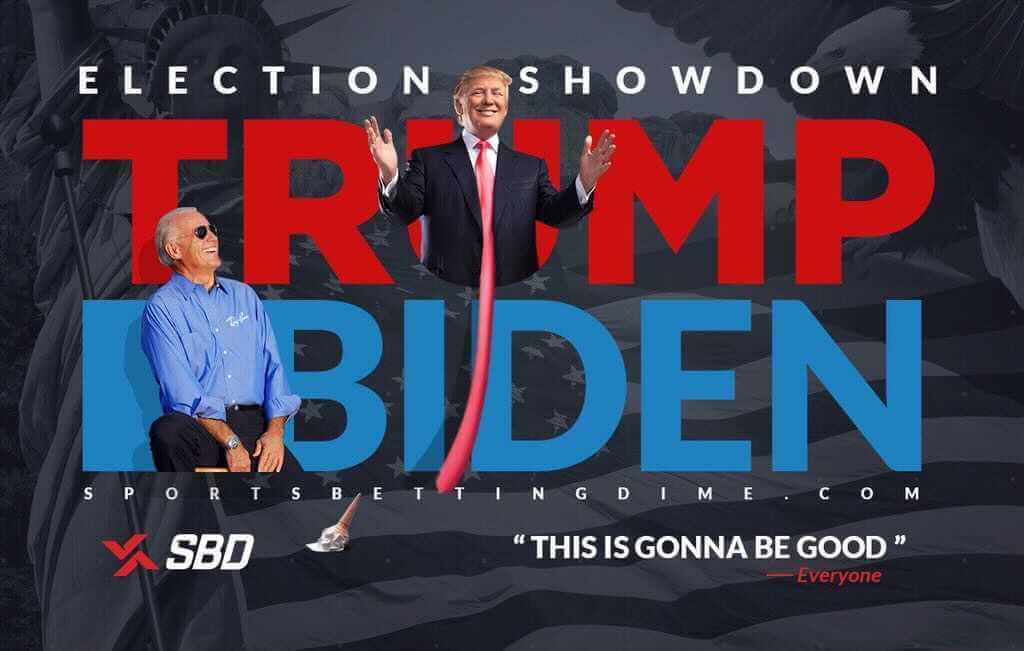 Nov. 3rd: The odds to win by candidate and by party have aligned across the board, as expected.

Oct. 25th: Bettors can actually find better odds on the Democratic and Republican parties winning the election than Biden and Trump, individually. Shop around!

Oct. 12th: The GOP’s odds to win in 2020 are basically equal to Trump’s odds at this point. Trump’s quick recovery from COVID-19 calmed any notion that the Republicans would have to field a different candidate.

Sep. 9th: After flip-flopping back and forth over the last month, the Democrats (-116) are trending back towards being a solid favorite.

July 22nd: After a modest improvement in early July, the GOP is now at its worst odds in this election cycle at +154.

June 25th: The “blue surge” continues, odds-wise, with the Democrats now -159 to take back the White House (improved from -138 last week).

June 15th: The entire GOP is now in plus-money, dropping from -101 to +103, marking the first time since tracking started that the Republicans are being given less than a 50% chance to win the White House in 2020.

June 1: As protests over the death of George Floyd continue and coronavirus exacts a massive death toll on the US population, the odds are moving in the Democrats favor.

Apr. 15: The Dems (-110) and GOP (-116) are neck and neck again, largely due to reports surfacing on Trump’s poor decision making relating to coronavirus back in January and February.

Mar. 17: Sportsbooks believe the race for the White House is basically dead-heat at this point with the GOP at -117 and the Dems at -110, on average.

Mar. 9: As Trump’s odds keep slumping, the Democrats’ odds of taking back the White House (+110) are the shortest they have been since Jan. 6th.

Mar. 4: With the Dems (sort of) getting their act together on Super Tuesday and rallying behind Biden, their odds of winning on November have improved from +158 to +147.

Feb. 5: The fiasco that was the Iowa caucuses has hurt the Dem’s chances of winning in 2020, dropping the party to +131.

Jan. 29: Very little movement in the winning-party odds during the impeachment trial, to the Dems’ dismay.

Nov. 1, 2019: Still no changes, despite the Trump impeachment proceedings steaming ahead.

Sep. 6, 2019: Hurricane Dorian gaffes haven’t impacted Trump’s odds much at all and the GOP is still a slight favorite.

Jul. 17, 2019: The GOP is as short as its been during this election cycle, moving from slight-underdog status in late June to -160 favorite in mid-July.